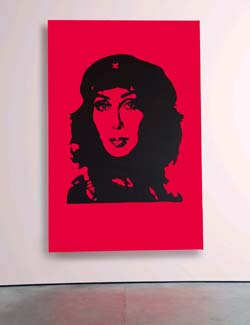 Screenprint and paint on canvas

Scott King’s artworks are infused with a cunning media savviness that deftly navigates between product, messaging, and desire. Reminiscent of Warhol’s screen print portraits, with all of their commodified garishness, King’s Cher stands in for counter-culture hero Che Guevera, a rebel-icon and its lost meaning, long dissipated by mass reproduction. Emblazoned in acid-house pink, left-wing radicalism becomes fused with celebrity obsession, a contemporary by-product of cultural dysmorphia. Nostalgic of the politicised youth of Thatcher’s Britain, now recaptured and packaged as fashion, King posits contemporary insurgency as homogenised consumer choice. 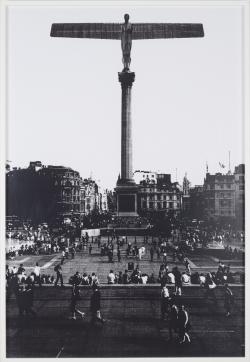 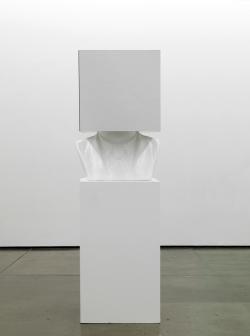 Scott King
â€śThe artist should never contemplate making a work of art that is about something; a successful work of art can only ever be about nothing. The artistâ€™s complete negation of intent thus creating a reflective surface into which the critic, curator or collector can gaze and see only himself. Sol LeWitt, Paragraphs on Conceptual Art, 1967â€ť

Inside a gallery in Munich, there is subversion in the air. There are busts of Marx, Lenin and Stalin wearing glam-rock warpaint. There's a neon-pink print of Cher styled as Che Guevara, and a six-foot-tall matchstick model of an electricity pylon. There are eye-popping dot prints inspired by Joy Division gigs. And there's a work described by the artist Scott King as "a 20-metre-long op-art disaster called Jeff the Bastard".

King, a 38-year-old artist and graphic designer from Yorkshire, is used to making people double-take. He cut his teeth as art director on the magazines i-D and Sleazenation, produced a polemical pamphlet, Crash!, in the 1990s, and has designed record sleeves for the Pet Shop Boys, Morrissey, Suicide, the late-90s glam-thugs Earl Brutus and, more recently, Roisin Murphy. Then there is his own artwork, which ranges from Barbara Kruger-esque typographical prints to primitive, cut-and-paste posters and embroidered flags. He calls his Munich exhibition - which has drawn rave reviews in Germany - his "unearned retrospective". "It's a big deal for me," he says. "I'm trying to move beyond making graphic design in frames."

Much of King's art draws on political imagery and language, though he claims not to be especially political himself. "Most of the stuff I've done that is deemed political is actually about the failure of a certain kind of political ideology," he says. "It's about the failure of the left, mainly. So things like Cher Guevara [made in 2000] and the Angry Brigade Tea Towels [a set of white dishcloths, made in 2002, bearing anarchist communiqu's from the 70s] are really about the commodification of once meaningful imagery and gestures."

King's work also has its roots in the seamier side of British culture. He talks of his interest in "the sad end of British pop music ... low-rent mucky rock". His work draws on everything from the 70s pub-rock scene to British Rail, Dexys Midnight Runners and the devastation caused by IRA bombs. Other pieces describe a Britain in which cliches and buzzwords are used to silence miserable, disenfranchised workers - pieces such as I've Got a Window Wednesday, a stylised photograph from 1998 of a BMW and a Jeep rigged together for a double suicide, and Minor Bureaucratic Disaster, in which Max Weber's triangular model of workplace hierarchy collapses when several lower-ranking dots "go to the pub".