Some of the posters have had their transient commercial directives so intertwined with the artist’s fictional and material alterations that it is impossible to tell where the original ends and the mutation begins.

Whilst destroying the quick-hit, constantly shifting message of this ephemeral material, Simon Bedwell also saves it, giving it new weight and an object-quality that meanwhile retains an echo of the familiar.

Using ClipArt and WordArt software, available to almost anybody with a computer, Simon Bedwell’s posters combine found pictures with words and phrases, real and invented. 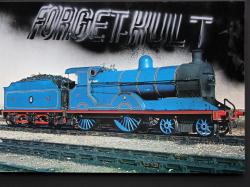 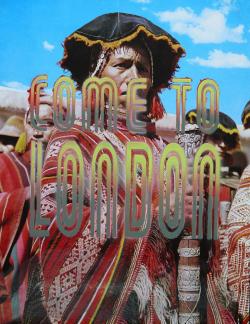 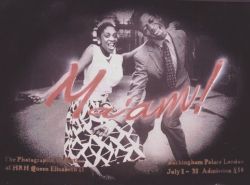 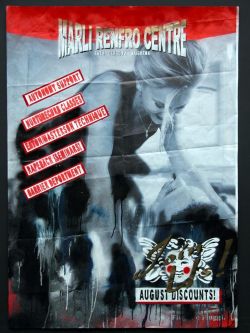 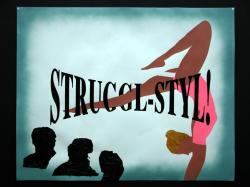 Spray paint and acrylic on paper 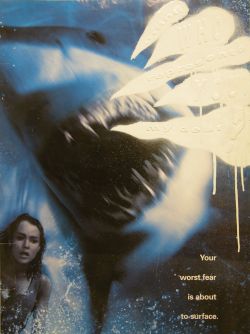 Oil, acrylic and spraypaint on canvas

As in much of Simon Bedwell’s work, a wide range of visual material, from promotional blurbs to local newspaper headlines, from ’50s photography to Communist Bloc advertising, combines to shape the final images. 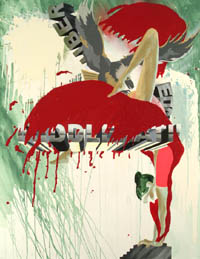 Simon Bedwell is best known for his hand-manipulated trashed posters and photographs, using text and spray-paint to generate esoteric, strangely poignant or crass comedic fusions of word and image. 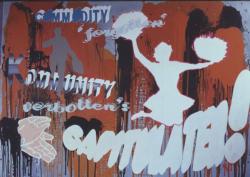 Simon Bedwell draws on the visual vernacular of the streets, employing the cheap and throwaway nostalgia of posters scavenged from billboards, bargain bins and thrift stores as raw materials to fragment, divert and elaborate the original meaning into absurd compositions, poetic narratives and sardonic allegories of power. 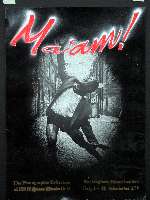 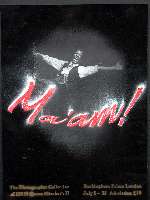 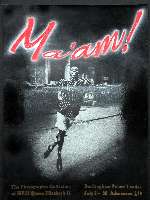 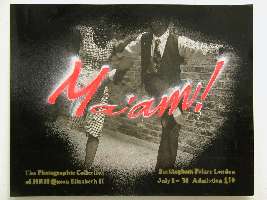 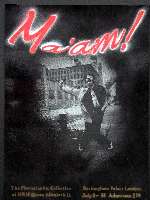 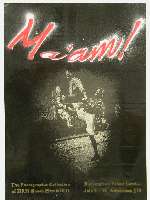 Katie What first inspired you to become an artist?
Simon Bedwell Some idea of freedom, I think.

K What art and which artists excite you?
SB At the moment, I look at interior design, glamour photography and wildlife/nature books. But I like Richard Prince lots â€“ like everyone else - and Phillip Otto Runge; both artists have these huge, lifelong projects which are far more important than any single work or exhibition. Atlas Group are a great example of the freedom-through-fiction possible to an artist, of creating a persona at one remove which then makes it possible to speak pretty directly of politics, for instance, without everything being side-tracked into the artists biography or psychology (difficult to escape these days, as this questionnaire is proving).I tend to read novels (Balzac, Lessing, Naipaul of late) rather than directly art-related stuff, though I did just finish Camille Pagliaâ€™s lit crit tour-de-force â€˜Sexual Personaeâ€™, which is completely inspiring.

K What attracts you to the materials/medium you use?
SB Surface, I think, and the alchemy that can happen when a few grungy bits and pieces â€“ creased up, 3rd hand posters, old salvaged canvasses - cohere into something far more interesting than they ought to. The surfaces of old things, the little histories they represent, can do odd things to the brand-new-commodity look art is expected to have.

K Where do you source the posters used for your projects?
SB Charity shops mostly, also billboards, hairdressers, streets, walls.

K Can you tell me about the creative process to produce a piece of your work?
SB Some of it starts with the posters I happen to come across. They hang around for ages, to be looked at, arranged and sifted. Occasionally they give me an idea of what I can do with them, and from then on its pretty much like doing any painting. I mean that the decisions are a lot to do with formal things like colour, placement, composition etc, as well as whether the fictional content is doing its job properly. They take a long time usually, with lots of changes along the way. All of my stuff, including paintings, starts with things I happen across: news pictures, ClipArt, old books and mags, chucked-out furniture or canvasses from 15 years ago.

K What do you see as the break-through moment of your career?
SB Getting selected for Becks Futures pretty soon after my group BANK broke up, and then selling work (a thrillingly novel experience) was definitely good for me as a brand new solo artist.

K How did you find the adjustment from being part of a collaborative to working solo?
SB After 12 years of working collaboratively, it was great to be making my own decisions without having to vet them. I completely enjoyed the period immediately after BANK split, and continue to pick up threads that I let drop years ago.

K When you think about BANK, what are you thoughts about that period?
SB Nobody (not even us) seemed to twig that BANK were conceptual artists, because the work â€“ the exhibitions, the attitude â€“ looked so different to the â€˜1969/70â€™ model that was then lazily accepted as representing that end of the market. (Such distinctions look academic these days, thankfully). Basically, I think BANK were the best thing in London in the later 90s, a distinct identity with a project, something far more interesting than all the entrepreneurial Thatcherites around us and against whom we defined ourselves. Our series of 20 shows from Zombie Golf (May â€˜95) through to Press Release (Jan â€˜99) remains an unequalled model of artistic energy. Everyone knew who we were; but we never had an article about us in any of the art mags, which means, I suppose, that either we were rubbish or they were. But then I would say this, wouldnâ€™t I?

K How did your upbringing/ the place where you grew up influence your art?
SB Itâ€™s more who youâ€™re with than where you are, I reckon. I blame the parents.

K What attracts you to the place you are living in now?
SB London remains the only place to be, as far as I can see, a seething filthy mass of energy and street vitality which somehow or other manages to drip its way through to an art world which pretends to ignore it unless its been dipped in Dettol.

K How do you know when you have finished a piece of work?
SB When youâ€™ve had it around for some time, and it still looks alright. Titles are a problem, though.

K What advice would you give to an artist trying to break into the industry?
SB Leave your pride at the door, be polite and laugh at the right times. Like it or not, the old boy/girl networkâ€™s as strong in the artworld as any other business, and fortunes can depend as much upon who you know as whether your work is interesting. In any case thereâ€™s a whole ever-expanding tier of management â€“ curating - dedicated to ensuring that artists are the last to have any power to decide if their workâ€™s any good. Notwithstanding all this, you have to keep interested in your own stuff, otherwise even â€˜successâ€™ will ring hollow, should it come knocking. Dave Hickeyâ€™s good on this: work hard, have fun, build a scene of your own, and when it hits the museum, quit. (Idealistic to a T, and all the better for it).

K What would be your ultimate dream achievement for your artwork?
SB A bit pretentious, but... a weird beauty; and disruption, of any sort.

K What is your reaction to the art world that students face today against your experience?
SB Thereâ€™s a completely accepted view - this became respectable with the yBa - that the prime thing that an artwork must be is marketable, which is an intrinsically conservative view. When I was a student, it was kind of a badge of honour that it not be marketable, which is an intrinsically romantic view. I still think a romantic idealist attitude is likely to produce the more interesting art, even at the cost of naivete and eccentricity.

K Who do you see as strong contenders for the Beckâ€™s Futures?
SB I really couldnâ€™t say; it mostly looked like International-style uber-conservative designer-â€˜conceptualismâ€™ to me (grumpy, I know, but...thatâ€™s the ICA in 2006!)

K Can you tell me a bit about your current projects?
SB Couple of paintings with words on; posters with no words on; combinations of objects, projection and paintings; collage from found nature books. Generally featuring representations of women. Trying to think what to do for a solo show in New York in January.


Simon Bedwell is best known for his hand-manipulated trashed posters and photographs, using text and spray-paint to generate esoteric, strangely poignant or crass comedic fusions of word and image. The work draws on the visual vernacular of the streets, employing the cheap and throwaway nostalgia of posters scavenged from billboards, bargain bins and thrift stores as raw materials to fragment, divert and elaborate the original meaning into absurd compositions, poetic narratives and sardonic allegories of power.


Simon Bedwell, John Russell, Milly Thompson and Andrew Williamson constitute BANK, the unconventional London collaborative that organizes shows in its own warehouse space, incorporating other artists' contributions into manic Gesamtkunstwerke that have included zombie mannequins, endurance performances, fake waterfalls and Mahler symphonies. With memorable titles like "Cocaine Orgasm," these shows subsume their components into jarring installations where the interactivity of art works is just the point. Far from putting off participants, this forced surrender of autonomy has attracted many prominent artists interested in subjecting their work to radical, and often irreverent, recontextualization. BANK mercilessly critiques the art world at large, in which, paradoxically, it is becoming a central player. The group's ribald exhibition invitations often mock art-world discourse, an assault continued in its erratically published tabloid that tears into the vanities of London's artists and curators.