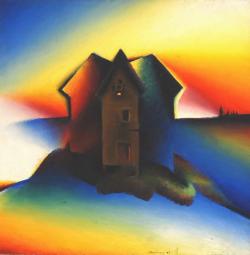 70 x 70
‚ÄúFor the first time I saw in nature reflections of the light and understood the laws of energy in the white canvas during our trip, together with Eric Bulatov, to the North of Russia on island Anzer in the White See. A House of the Island Anzer, 1965, is the first painting that I decided to sigh as my own. I consciously put aside everything and began to work on the interactions of the surface-space in the canvas. That was the beginning of my so-called ‚Äúabstractionist period,‚Äù ‚Äì Oleg Vassiliev.

‚ÄúBy the early 1960s, Favorsky‚Äôs theories about physics for colour and the movement of colour through space had led Vassiliev to a series of experiments that culminated with the House on the Island Anzer in 1965. With the House on the Island Anzer, Vassiliev found his voice. ‚ÄúIt was the first time I realised that this was mine. These were not Falk‚Äôs ideas, not Favorsky‚Äôs. This was mine.‚Äù

So active is this painting that it is difficult to pin down the source of the intense sweeps of colour that back-light the dark house at the center of the painting. This house sits high, perhaps on a promontory. It is at once pressed, haloed, and swallowed by the red spectrum to the left and the green to the right. The house appears to exist both in physical space and at the edge of a slightly dangerous metaphysical abyss.

In the paintings that followed, Vassiliev pressed further and further into realm of light, playing with its source and with what it could do to the picture plane if it emanated from edges, from corners, from the centre, or all of these at once.‚Äù

Amei Walach (OlegVassiliev: The Treachery of Memory, the Space of Light in ‚ÄúOleg Vassiliev Memory Speaks‚Äù). 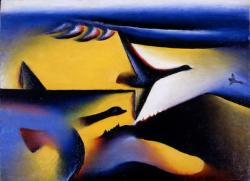 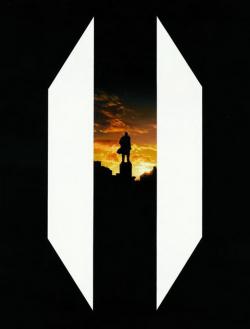 Oleg Vassiliev
BEFORE THE SUNSET 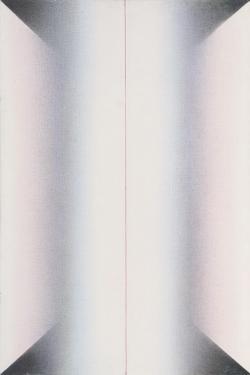 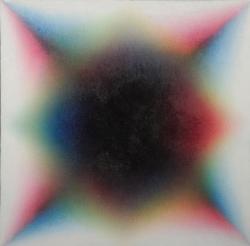 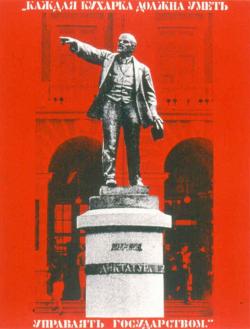 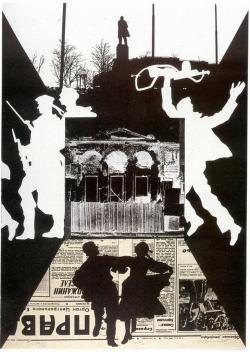 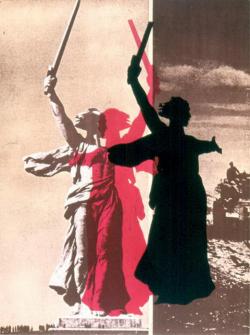 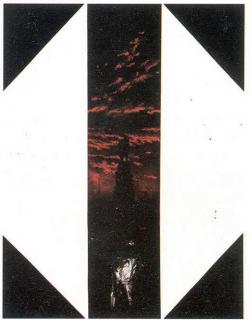 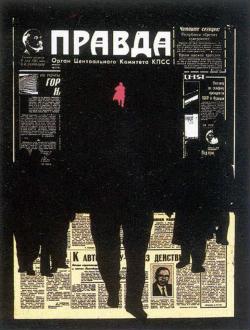 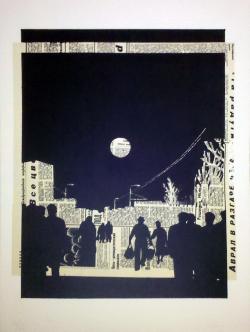 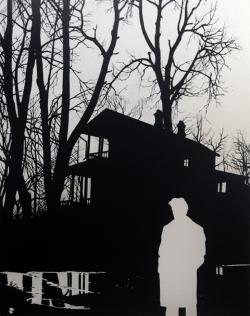 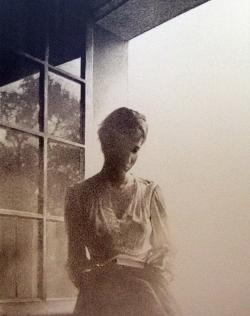 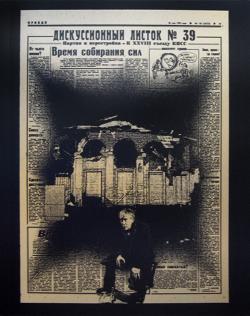 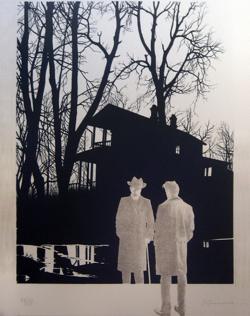 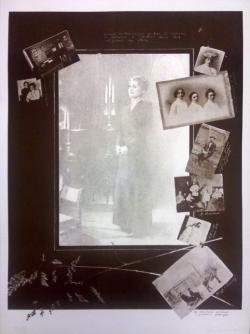 ‚ÄòOne day I defined what art means for me ‚Äì creating a space which is dear to me. This searching for a space for my favourite objects‚Ä¶The difficulty is that life is far more complex, for this reason you cannot just own what you love, other things also get intermingled‚Äô.
‚ÄòIn all my work, I try to combine what is happening in different places, at different times, in different lights. It is a search in honour of many different things. When brought together, they become animated‚Äô.

Born in 1931
Oleg Vladimirovich Vassilev is one of the leaders of the unofficial art of the 1960‚Äôs-70‚Äôs. Working with Erik Bulatov from the start of the 1960‚Äôs, Oleg Vassilev worked on the illustration of children‚Äôs books for the ‚ÄòDetgiz‚Äô and ‚ÄòMalish‚Äô publishing houses. Their creative partnership lasted successfully for 33 years. The time not spent working on the designs for the publications, around six months a year, was devoted to their own independent creativity. At this time, the artist began to research the possibilities of painting as a specific language. Moving away Favorsky‚Äôs system, he studied the problem of the ‚Äòworld of the picture‚Äô, its surfaces and boundaries, its internal energy currents, the transformation of objects and space within the limits of the canvas. It was then that the main themes, which have continued in his work after he had left Russia right up to the present day, came into being: memories of home, streets, forests, fields, friends and family. In 1965 Vassilev completed his first work ‚ÄòAnzer‚Äô which is considered the start of his creativity. His works often refer to literary quotations and allusions, from classic up to contemporary literature, from Chekhov, Faulkner, Homer up to Vsevolod Nekrasov and others. The literary references are the key to the picture‚Äôs space. Many of his works exist as a continuum / series, each connected to all the others. In 1990 the artist left for America where he continues to live to this day. The photo-realist poetics of Oleg Vassilev is undoubtedly one of the most remarkable phenomena in modern Russian painting.

‚ÄúFor me, the most important key to understanding Vassiliev‚Äôs paintings and to some extent his life position (in our situation, it often seems impossible to separate the two) is the concept of the ‚Äúlight‚Äù as illuminating all the components of existence within consciousness itself, and generally everything ‚Äúreal‚Äù, snatching it out of darkness, blackness, ‚Äúunsightedness‚Äù. Here, there is a profoundly fundamental thought that so-called ‚Äúlife‚Äù contains nothing, in the most precise sense of word; something ‚Äúis‚Äù, and starts to emerge, only when exposed to the ray of consciousness, to its ‚Äúlight‚Äù, ‚Äì Ilya Kabakov.

"I believe that Oleg Vassiliev is the most Russian of the Russian artists living today, because he does not just express one particular quality of Russian art but its essence, its very core from which the various qualities of Russian art spring forth," ‚Äì Eric Bulatov.