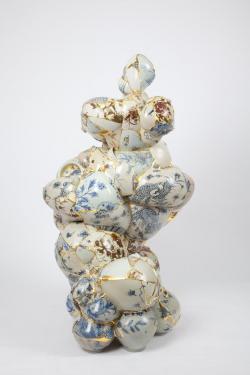 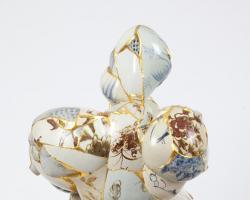 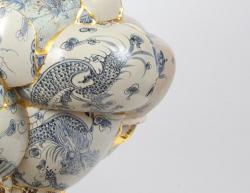 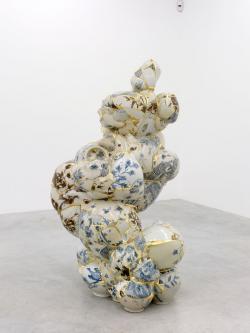 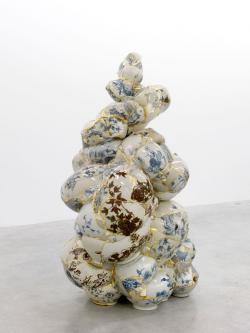 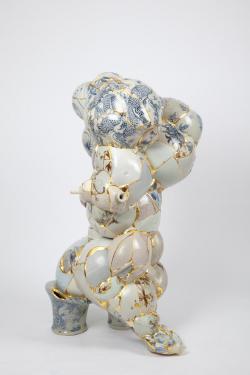 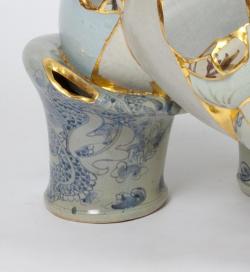 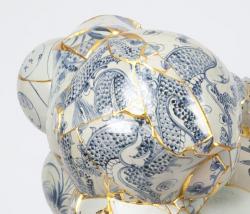 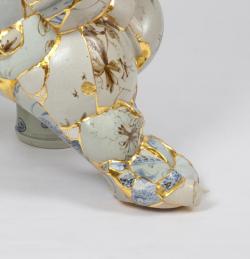 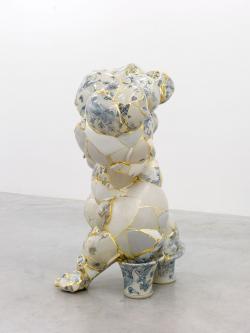 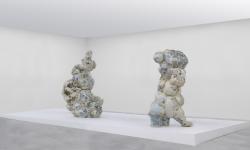 Yee Sookyungâ€™s highly anticipated show â€śFlameâ€ť at ONE AND J. Gallery firmly established herself as one of the most creative contemporary artists working in Korea today. The primary subject matter of this show are canvases filled with images of burning flames along with exquisite circus acrobat drawings. These works show how small flames accumulate into a bigger flame and the bigger flames expand into a huge flame. The artist uses a medium, also used in the circus acrobat drawings, called cinnabar to draw countless flames on a huge screen. Cinnabar is an ink of a medium color in between orange and red that is used by soothsayers to draw charms against bad spirits and it is a unique material generating a strong sense of lines and religious energy when used on paper. It does its job of emphasizing the most distinctive feature of her work.
The artist does not plan a particular form before she begins the flame drawings. She only focuses on unifying her body and mind with the subject of the flame, and makes her work as if she has become a seismometer recording the vibrations of her hands, body and mind. Thus, the flame series are not drawn to depict the form of flames, but as a healing method for the artist herself, like the Mandala drawing method. The attempt to pour out all the flames in her mind and soul becomes a full-sized painting of thousands of flames covering the entire screen. Most importantly, this piece of work is the result of her rigorous devotion, since she committed herself to the act of drawing 18 hours a day without a single day of rest. Cinnabar tends to make runny marks when the artistâ€™s concentration is broken, and therefore the artist was always on a state of extreme tension as she purified herself drawing each flame.