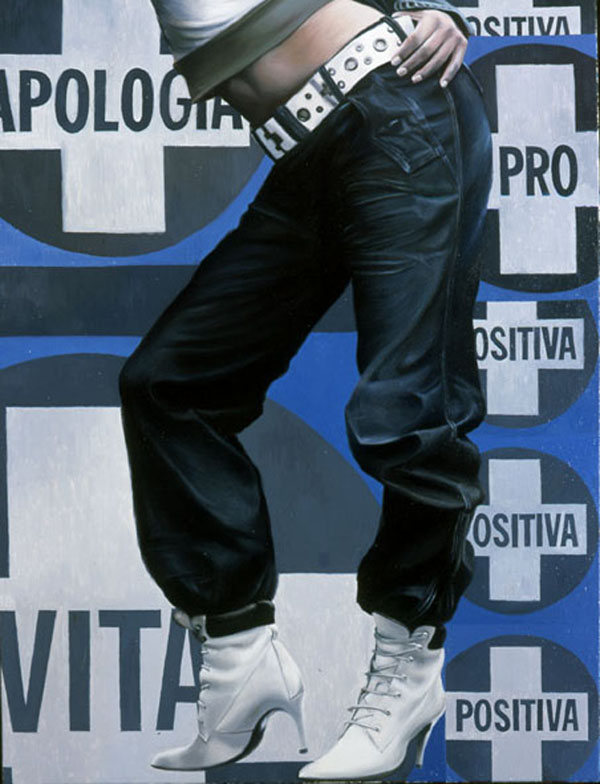 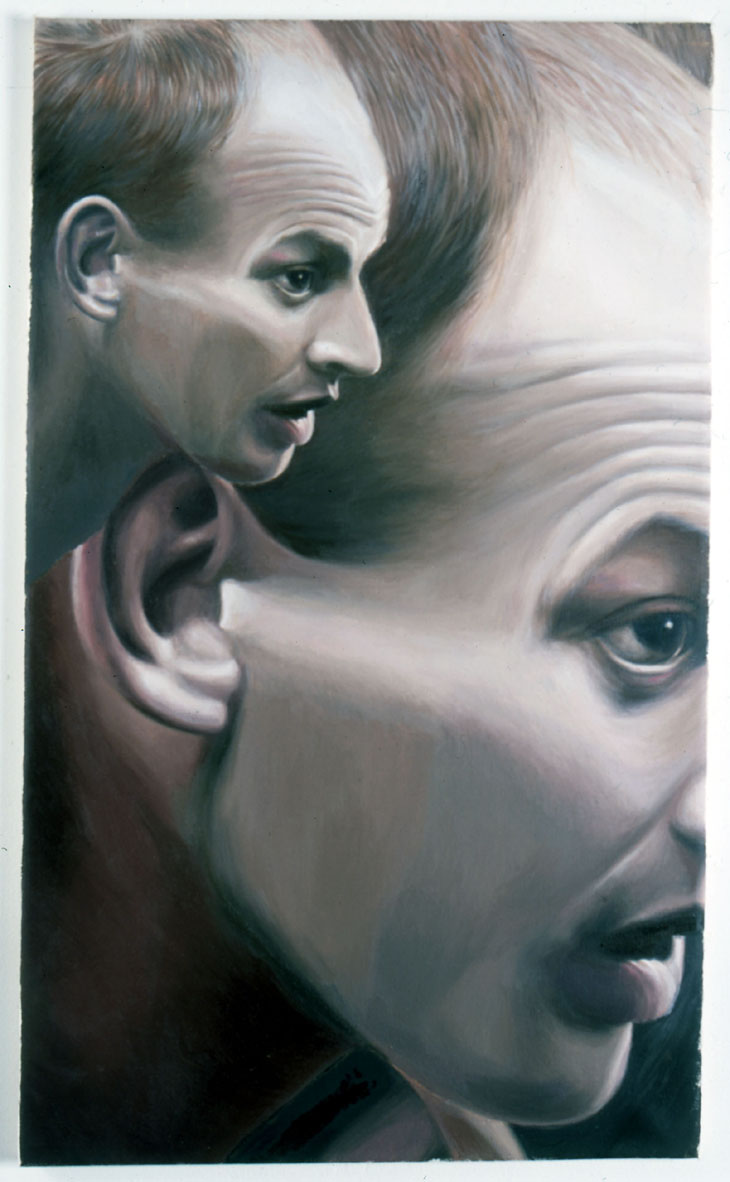 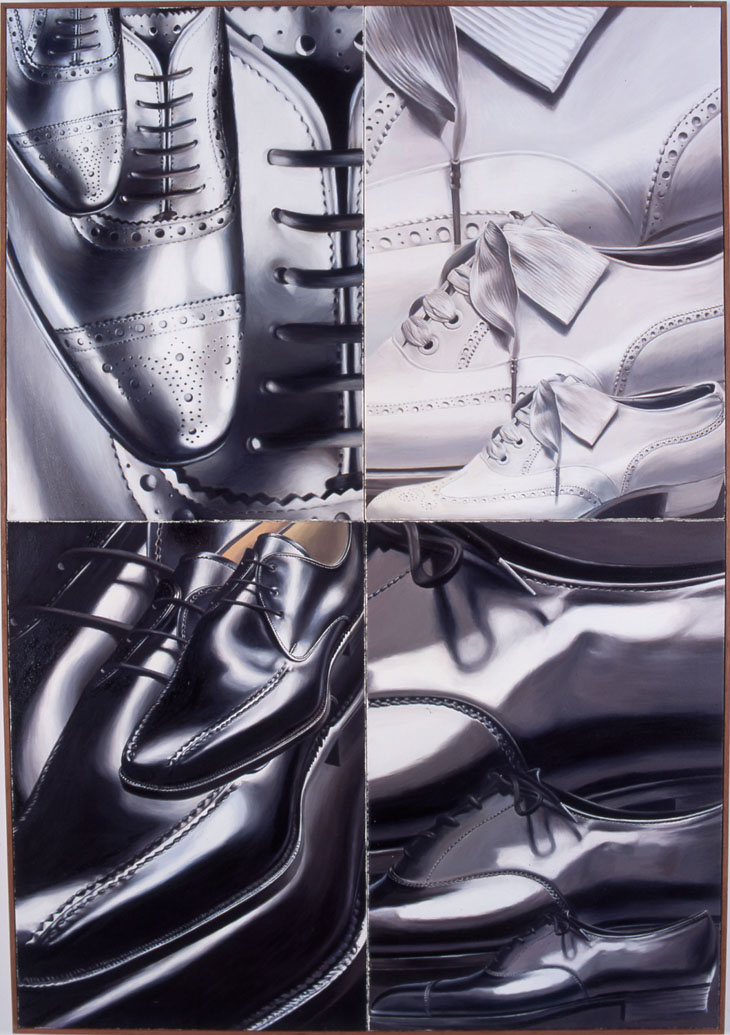 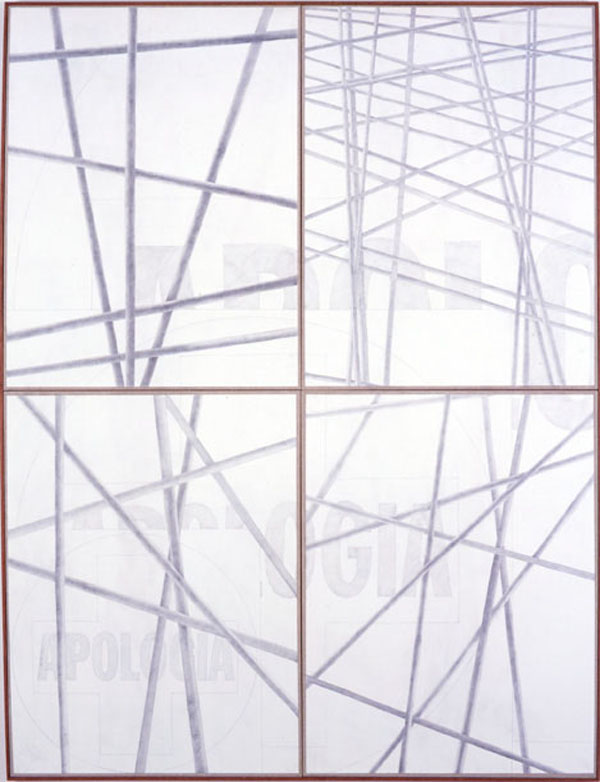 Alan Michael’s paintings explore the dynamic of cultural image transaction and artistic lineage. Borrowing his subject matter from both art historical and media sources, Michael’s large-scale canvases magnify their appropriated imagery; rendered with a cold, almost mechanical aesthetic, his paintings resonate with a sense of the uncanny, making the familiar seem alien and inured. Through his interwoven referencing, Michael adapts the ideologies associated with various art historical movements to highlight his subjects as hierarchical emblems, situated within, and co-opted by, often conflicting power structures. Untitled (Shoes), for example, is formatted in repetitive panels, reminiscent of Warhol’s pop. Retaining faithfulness to the original photographic sources with a limited grey-scale palette, Michael’s footwear both allures with the glamour of early 20th c. advertising and the style of Russian agitprop. Similar strategies are found throughout Michael’s paintings, which readily mingle 80s fashion, Soviet propaganda, minimalism, and pop. In this careful layering of signifiers, Michael develops his own lexicon which both decodes and furnishes cultural anxiety. Through their sterile aesthetic, Michael’s paintings isolate symbolic fragments of contemporary experience, rendering their meaning as bereft, corrupted, and infinitely seductive.