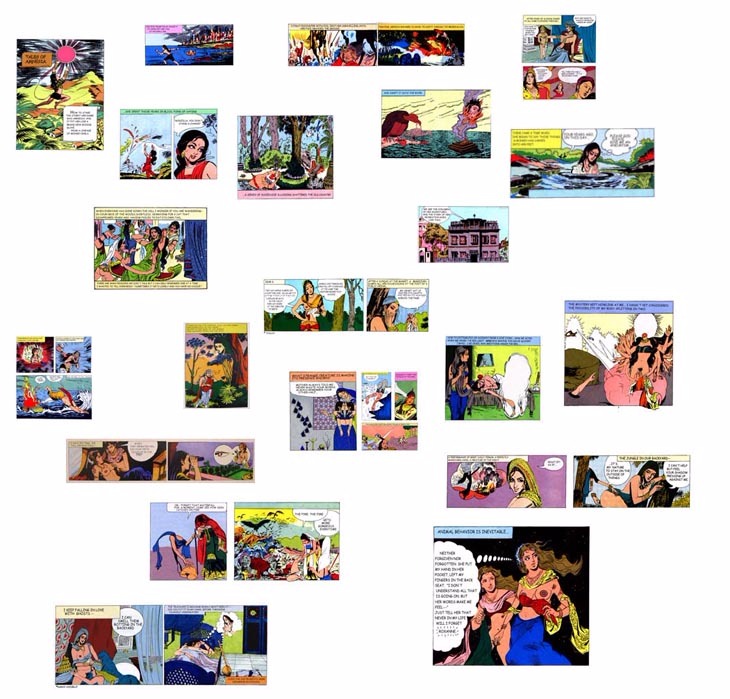 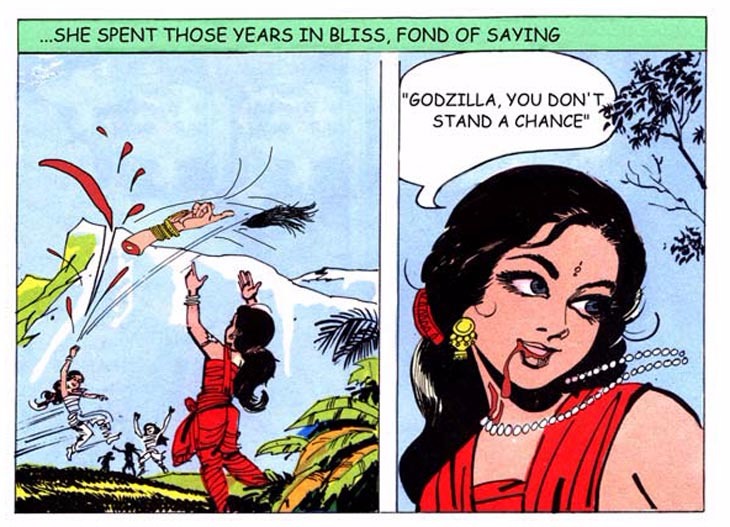 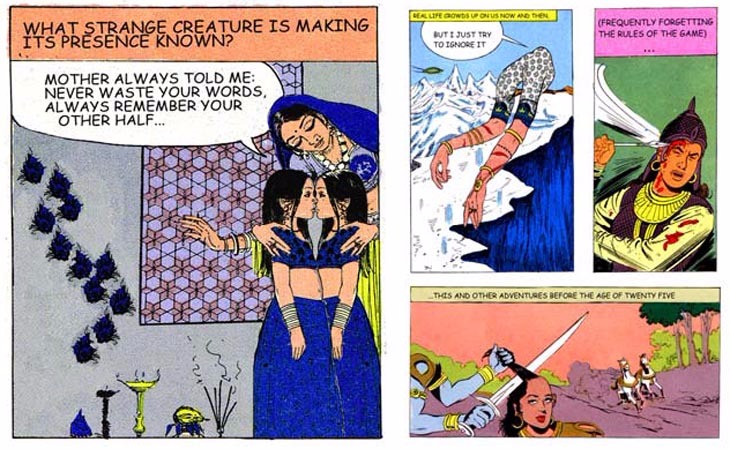 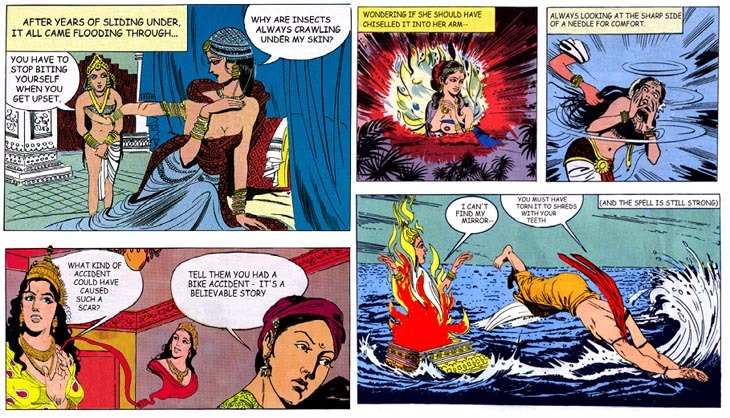 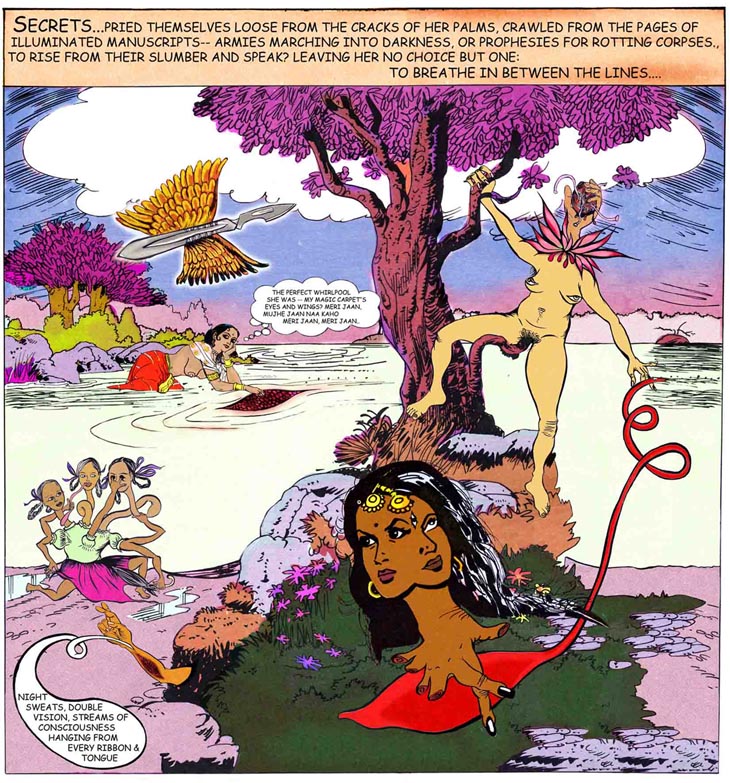 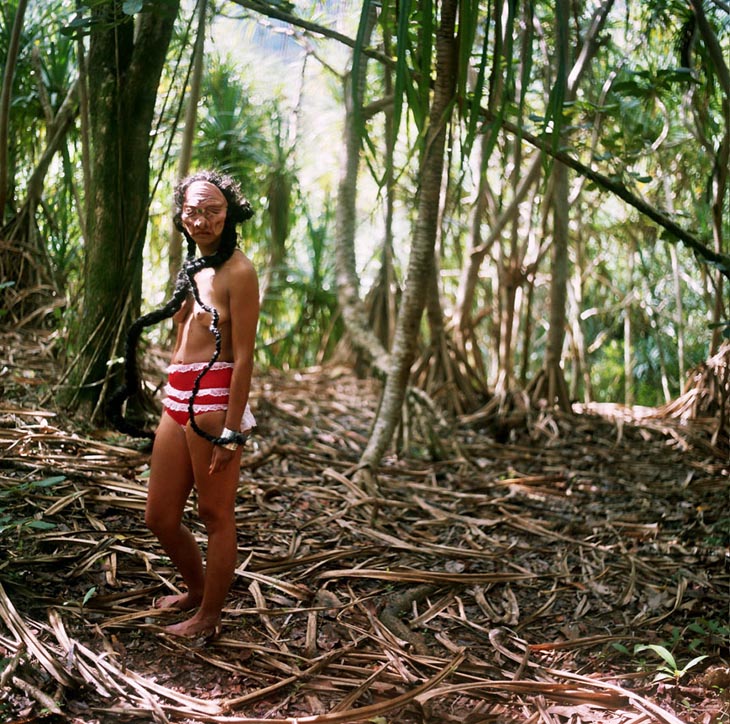 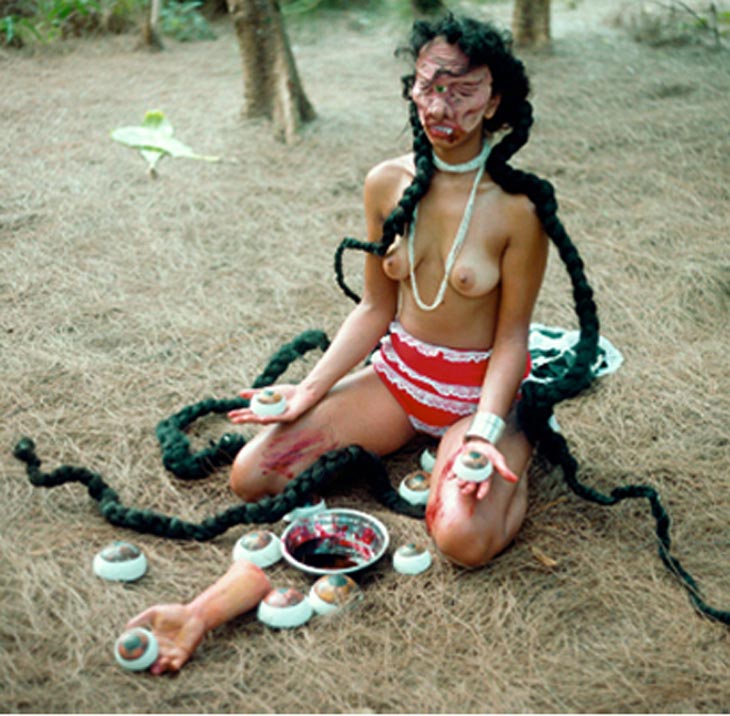 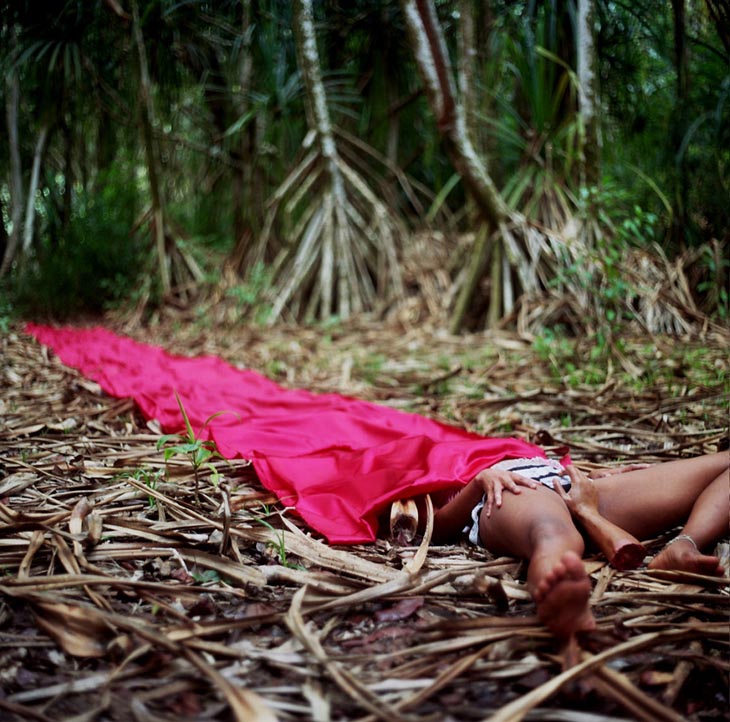 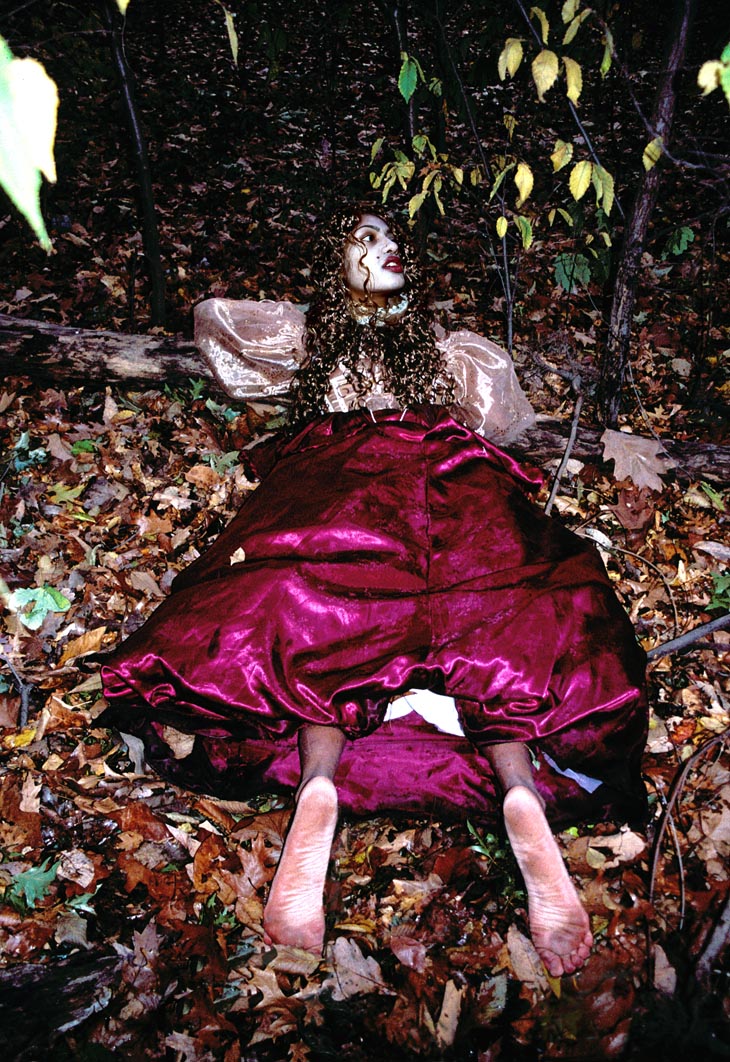 New York based artist Chitra Ganesh studied literature at Brown and painting at Columbia. For the artist, the comic book appears to epitomise and perpetuate a perverse sense of good over evil. Such scenarios are at the centre of classic Indian literature such as the Ramayana in which men and women indulge in episodes of absolute and unsolicited power. The stylised simplification of the comic book style is central to Ganesh’s work Tales of Amnesia, in which the audacious female character confronts subscribed notions of compliance in order to explore alternative models of femininity and power. By rewriting popular history, Ganesh appears to empower her character Amnesia with an opportunity to directly challenge the original fairy tale. For Ganesh, such preconceived social codes have always been heavily influenced by religion and literature and her work reconfigures these codes.

Chitra Ganesh’s accomplished illustration is a wondrous scene in which reality appears to have been forsaken for something much more troublesome. Ganesh’s landscape of tranquil water is littered with female forms that appear to come directly from the artist’s imagination. Composed of vengeful double heads rooted on hands with decapitated fingers, adolescent school-girls sprouting from a tight-fitting skirt and blouse with multiple limbs and a naked figure hanging from a forlorn tree with lotus leaves and a hand; Ganesh’s vivid illustration is born of a deliberate stream of consciousness and a dream like state that very graphically challenges preconceptions of the representation of women.

Chitra Ganesh’s photographic triptych Hidden depicts the artist performing bizarre acts of mutilation and mysticism. The timeless backdrop and the indecipherable objects speak of Ganesh’s interest in the symbolism of classical literature that she actively critiques in her Amnesia works. Rather than indulging in beauty and heroic drama, Ganesh exposes herself to the vulnerability of performing for the camera.

In Twisted the artist appears to be twisted on a bed of leaves deep in the forest, illuminated by artificial light and struggling to find her feet in a strange juxtaposition of beautifully tailored costume and contoured body parts. It becomes almost impossible to rationalise what might have happened to Ganesh’s central character and why this figure stretched out appears utterly of another world. The work references notions of the plight of women in modern India and a willingness on Ganesh’s part to refer to very classical views of women and their subservient role to men.