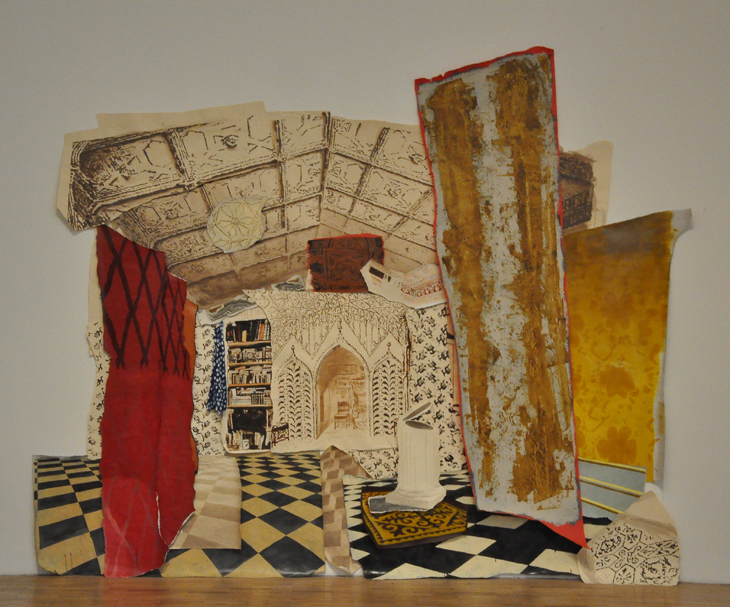 The idea of ‘paper architecture’ – a term often used pejoratively to describe building projects too ambitious to exist anywhere but on the page – might best characterize the work of Daniel Kelly, with all the flawed intent and thwarted hopes the term implies. Kelly’s wall-based paper works evoke interiors through fragmentary allusion: a stump of column here, a slice of ceiling there. Collaged in slices that curl at the edges, Kelly’s works flaunt impermanence, sliding to the floor in a performance of failure, a loss of confidence made material. In I see it all now… Some of it!, the comic self-deprecation of the title is borne out in shards of painted paper that never quite lock into place, overstepping spatial order to indicate a wilful diversity of origin. 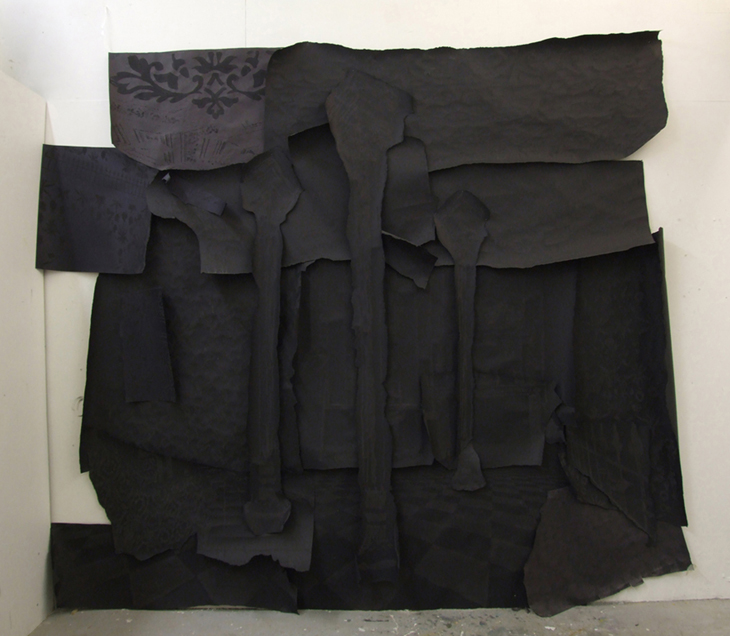 Architecture’s associations with descriptive language (coffers, ogees, bosses) are scrambled like words in a dream. Kelly’s The corpse in the breakfast food (its title deriving from a film mentioned in one of F Scott Fitzgerald’s letters to his daughter) evokes an imagined space through curves of black paper painted in arabesques and checkerboard. This is an interior architecture, the kind in the imagination when a place is described in a book or a letter: maps of an imagining mind.