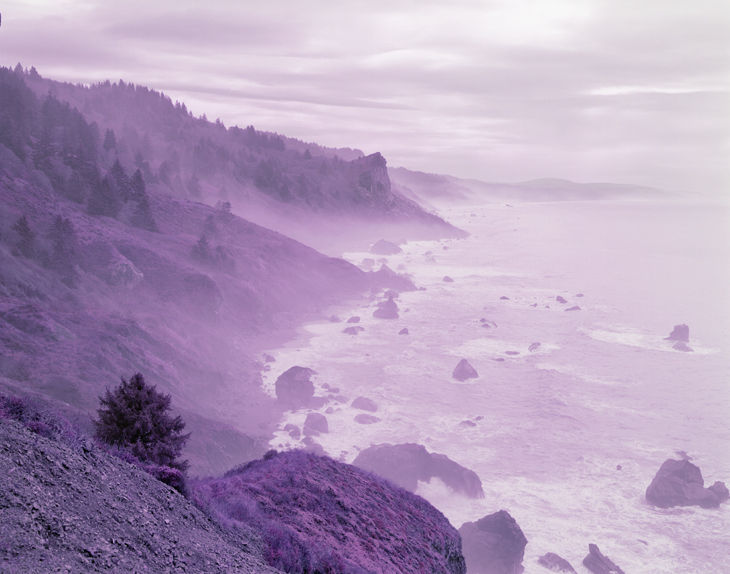 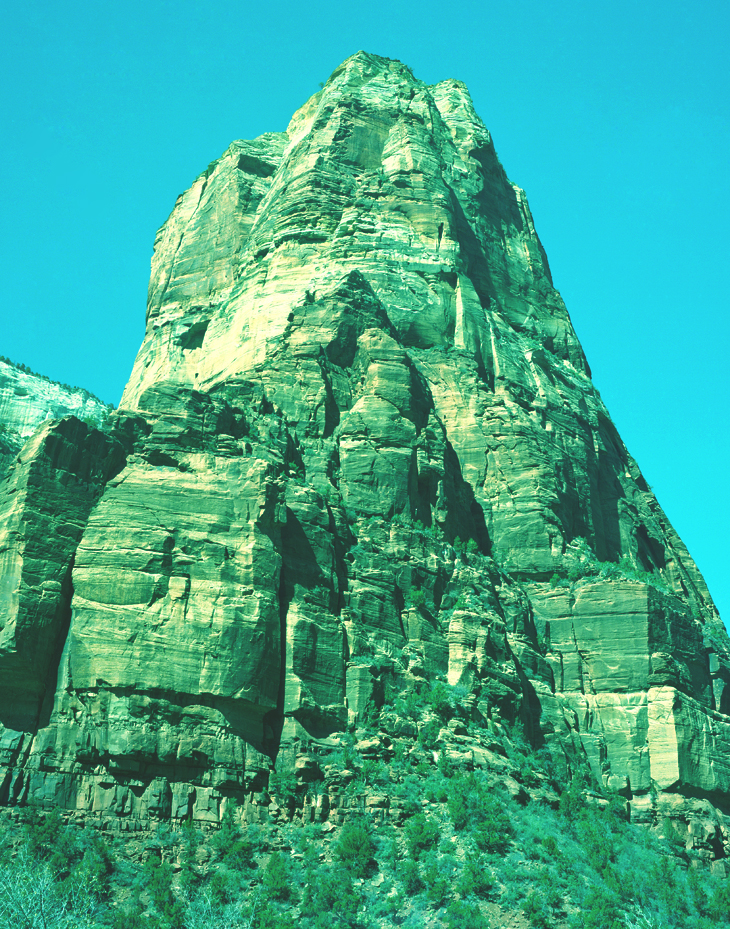 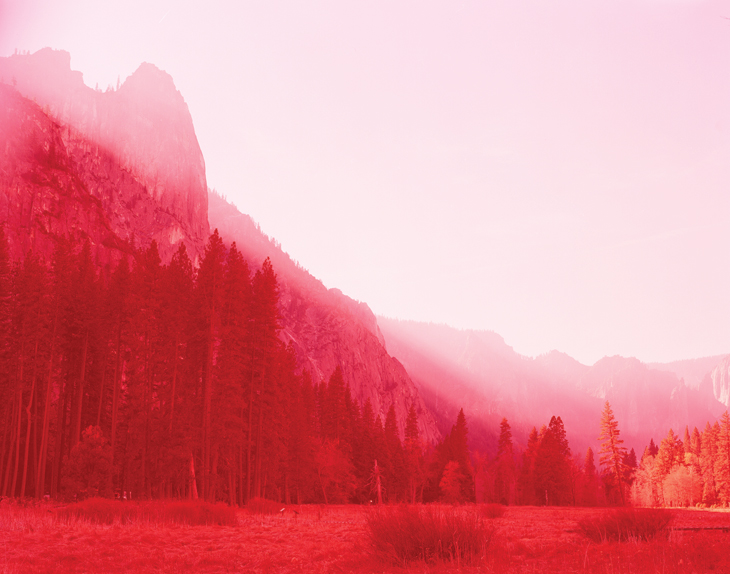 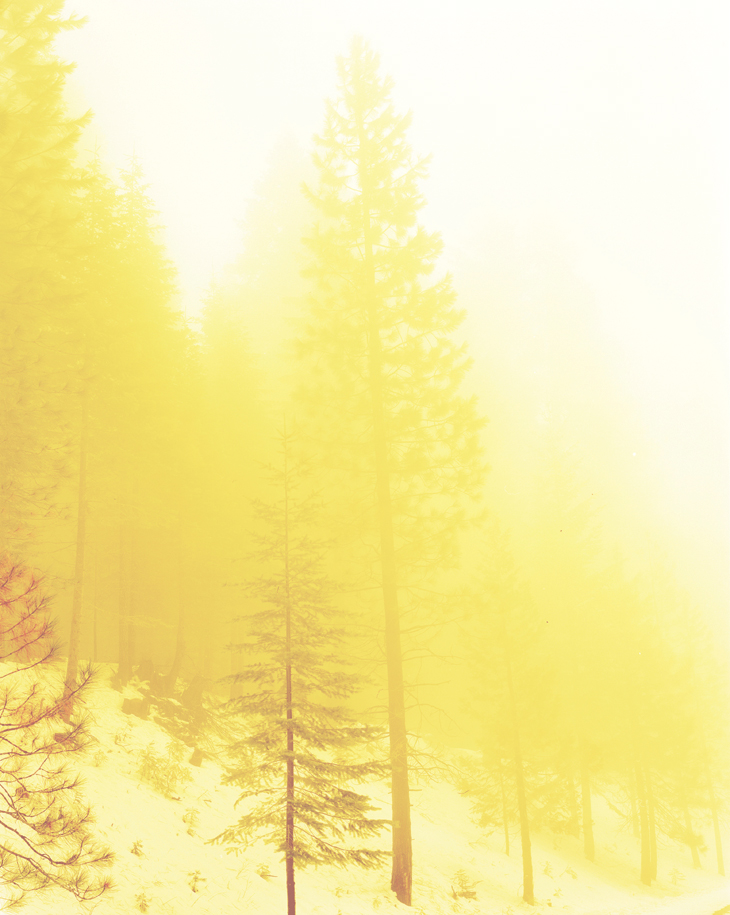 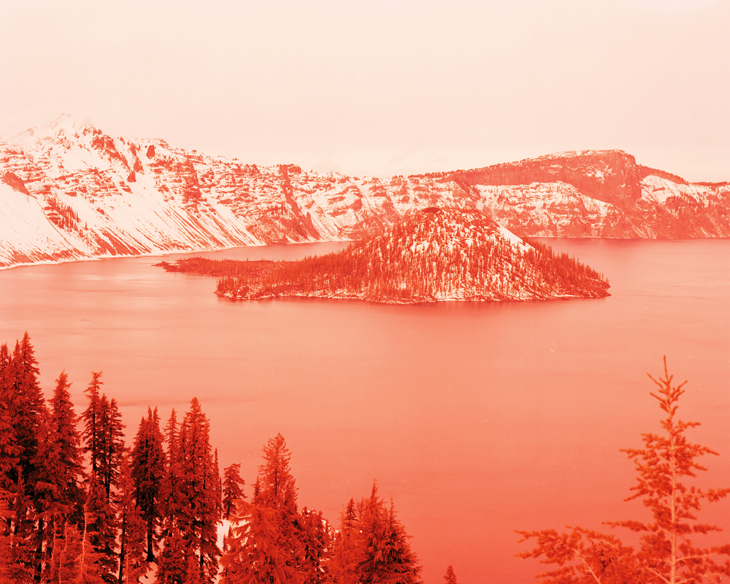 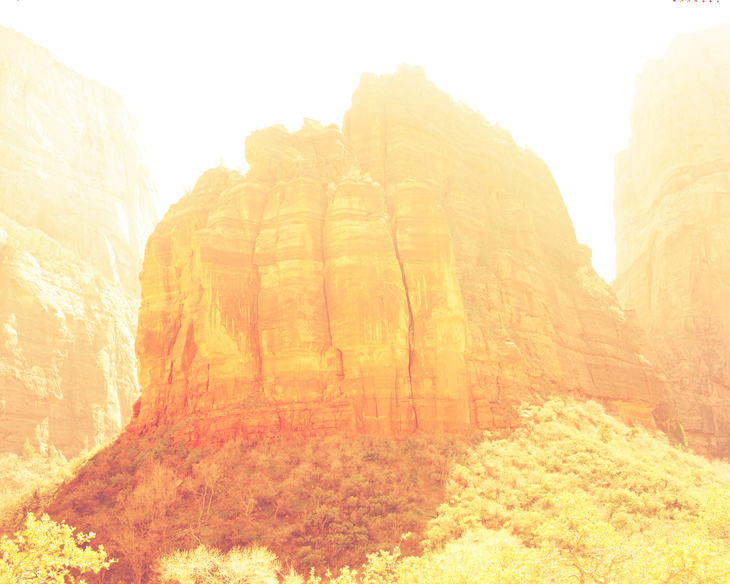 Given his dramatic mountainscapes infused with otherworldly light (the colours are cast at exposure or later during printing, and the kind of cast depends on his mood), one might expect David Benjamin Sherry to respond to the question of key influences by naming great American photographers like Ansel Adams or Minor White, but instead
he cites a roster of painters or installation artists who work with colour and light – among them Robert Irwin, John McCracken, Ann Truitt and Paul Thek, along with artists who “take flight from nature”, like Robert Smithson and Georgia O’Keeffe.

When Sherry drove through the American West he liked to have Brian Eno on his headphones and when he paused he liked to have the poems of Walt Whitman close at hand. Sherry is, in a word, a romantic – though, he hastens to add, “an extremely forward thinking one!” One of his romantic attachments is to analogue photography. (Sherry stresses that he has nothing against digital picture-making – it just isn’t for him.) But it isn’t nostalgia that drives his attachment to the medium of colour film. He simply believes that there is still “territory left untravelled” along that route, and he intends to explore it.