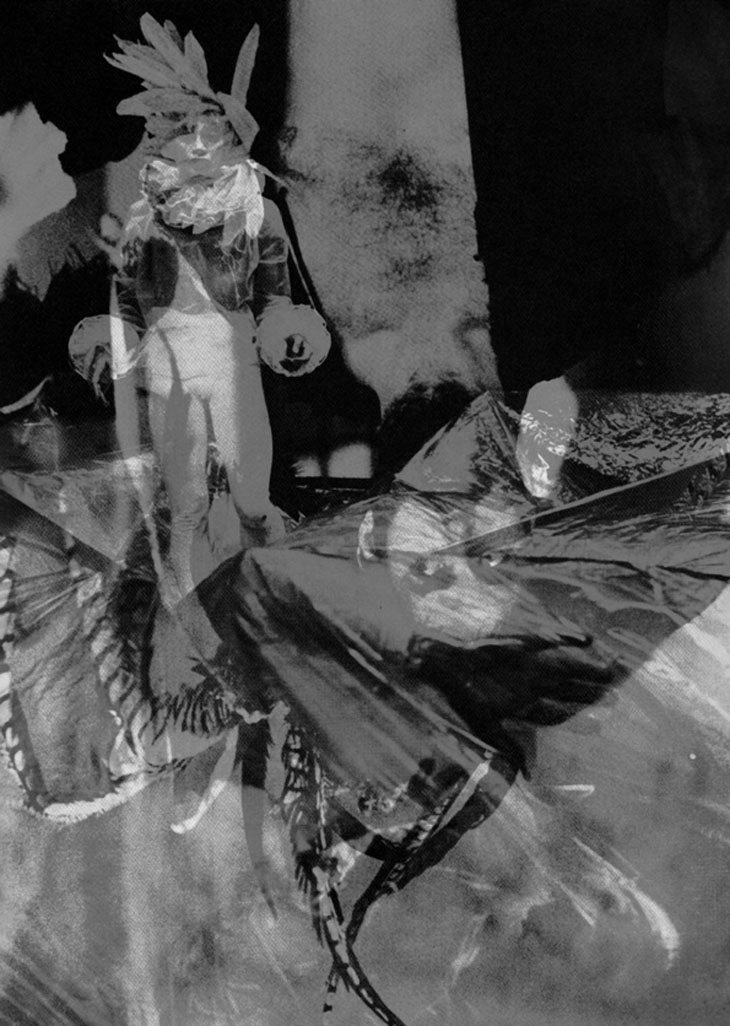 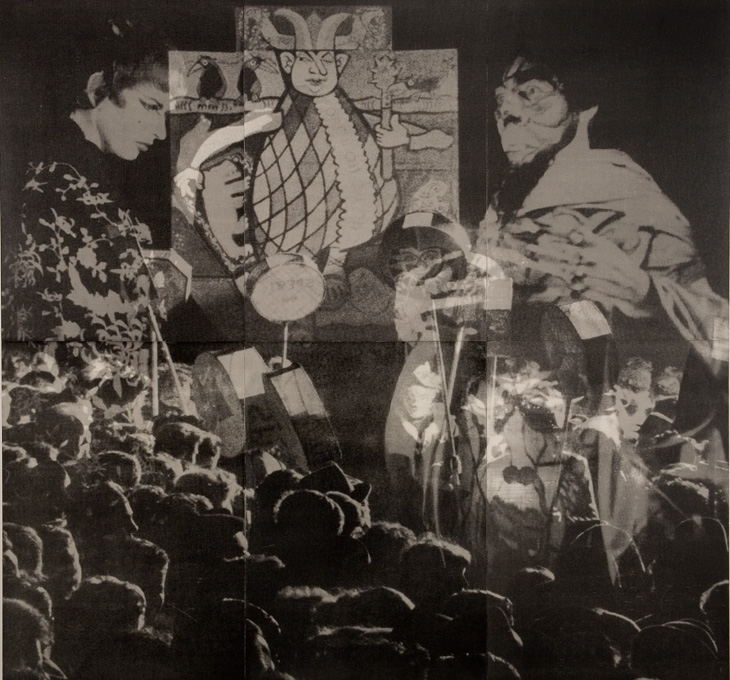 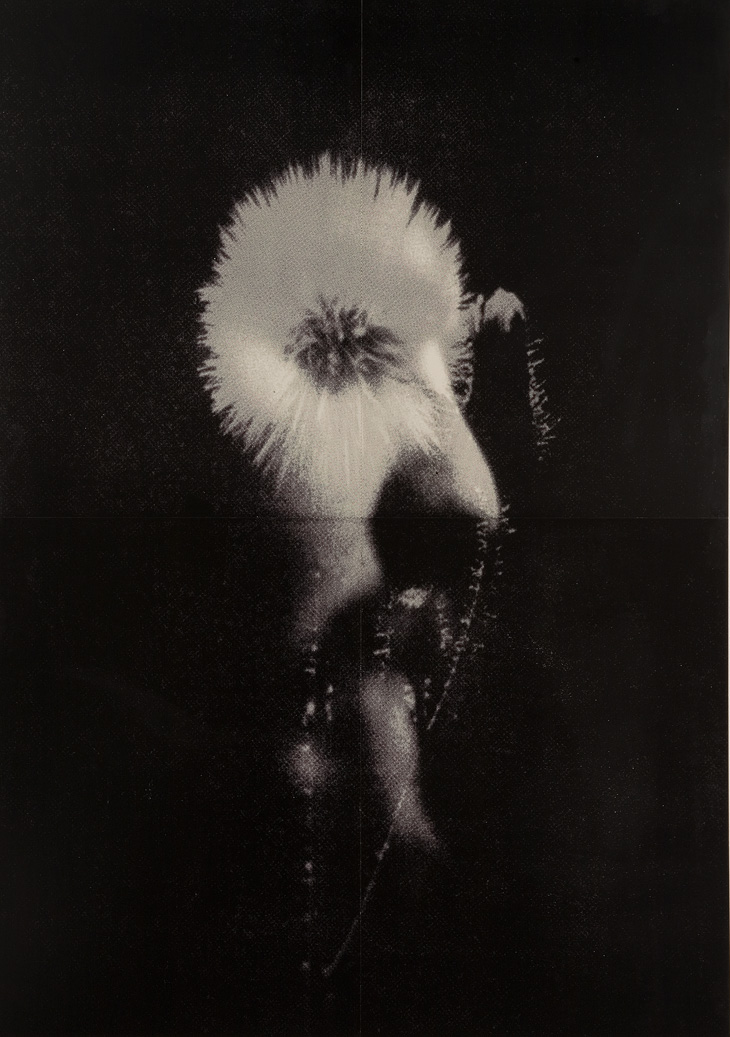 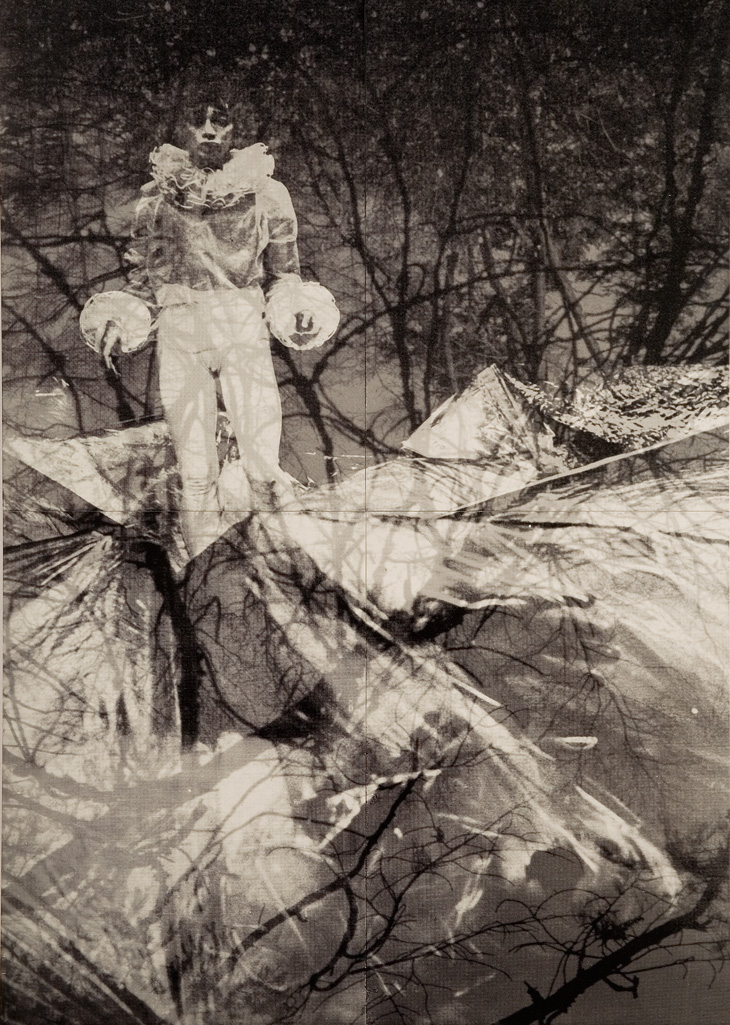 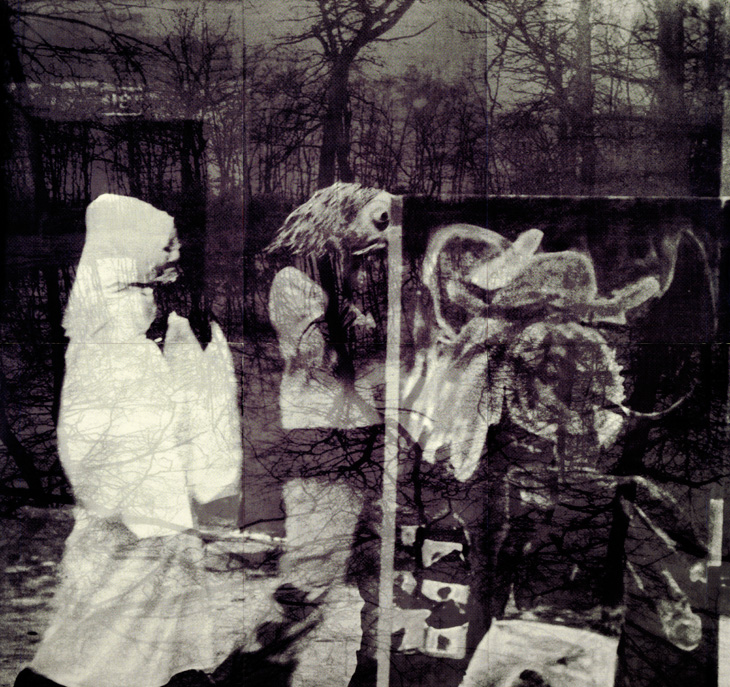 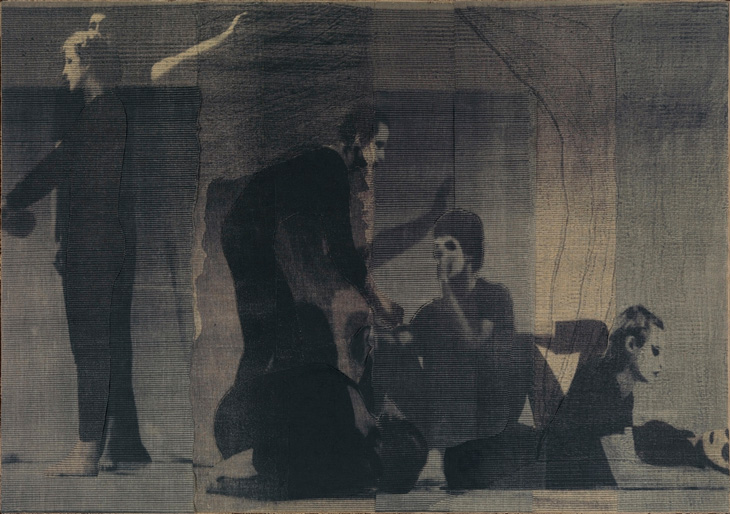 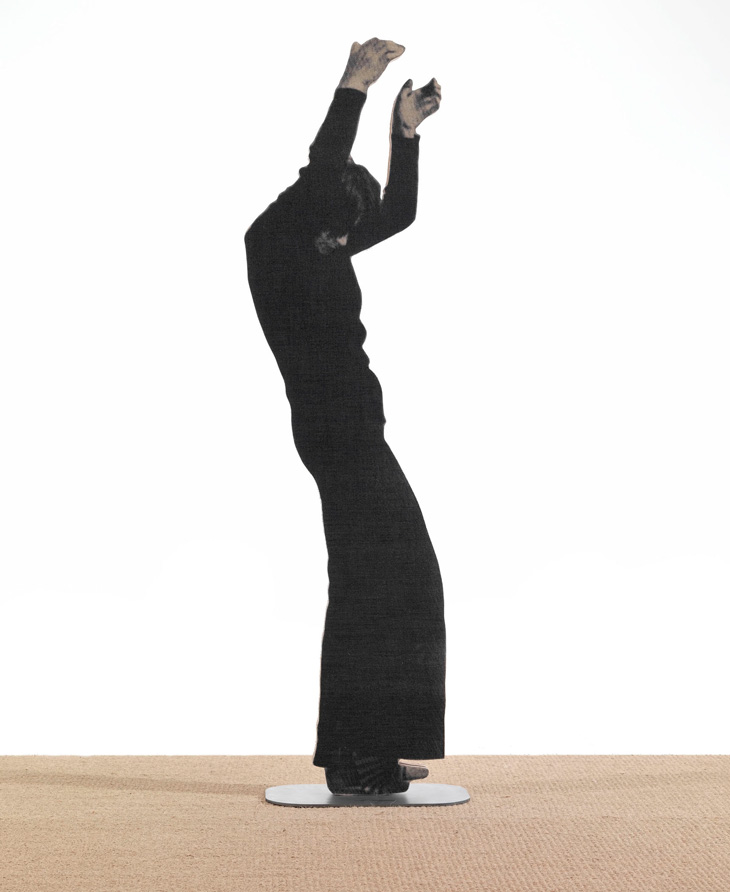 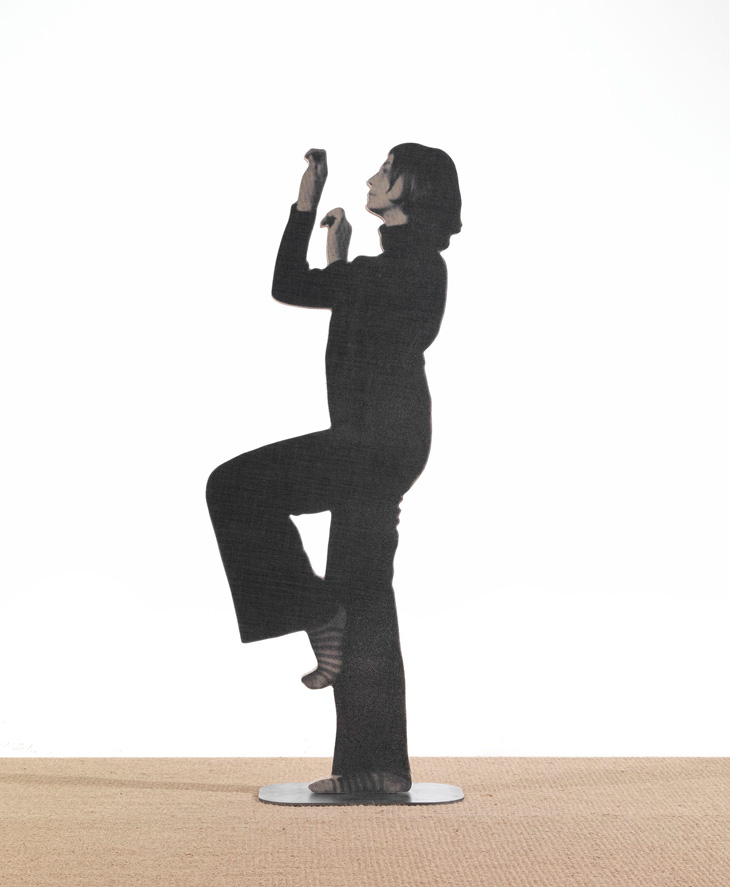 Beginning each of his screen prints by making a collage, David Noonan brings together an eclectic array of found imagery – sourced from film stills, books, magazines, and archive photos – to create dramatic scenes that suggest surreal narratives. These collages are then photographed and turned into large-scale screen prints, a technique remarkable for its sumptuous finish that relates to both artistic authenticity and mass media. Printed in harsh contrast black and white, Noonan’s images encapsulate the romanticism of golden age cinema, and its associations to memory, fiction, and modern mythology.

Approaching image making with an auteur’s indulgence, Noonan presents a fabricated vision that is awesome in its complexity. Using the liturgy of art itself as a departure point for invention, Noonan conceives his work as ‘documentation’ of plausible performances: his cast of characters are positioned as participators in highly elaborate artworks, invoking covert and futuristic ritual. Stylistically referencing Surrealism and experimental film, Noonan’s work poses as the aesthetic remnants of ‘lost masterpieces’, weaving his own extravagant fantasies into fabric of collective consciousness.

Piecing together plausible narratives from his readymade motifs, Noonan renders the intimacy of psychological space as indistinguishable from public cognisance. Using the qualities of photomontage to replicate the linear aspects of film, Noonan’s disparate imagery collates to convey a transient sense of time and space that is both theatrical and strangely insular. Through his process of screen printing, Noonan capitalises on the effects of transluscent layering and exaggerated lighting to replicate the flickering chimera of cinematic projection; an intangible illusion simulating the abstraction of dreams.