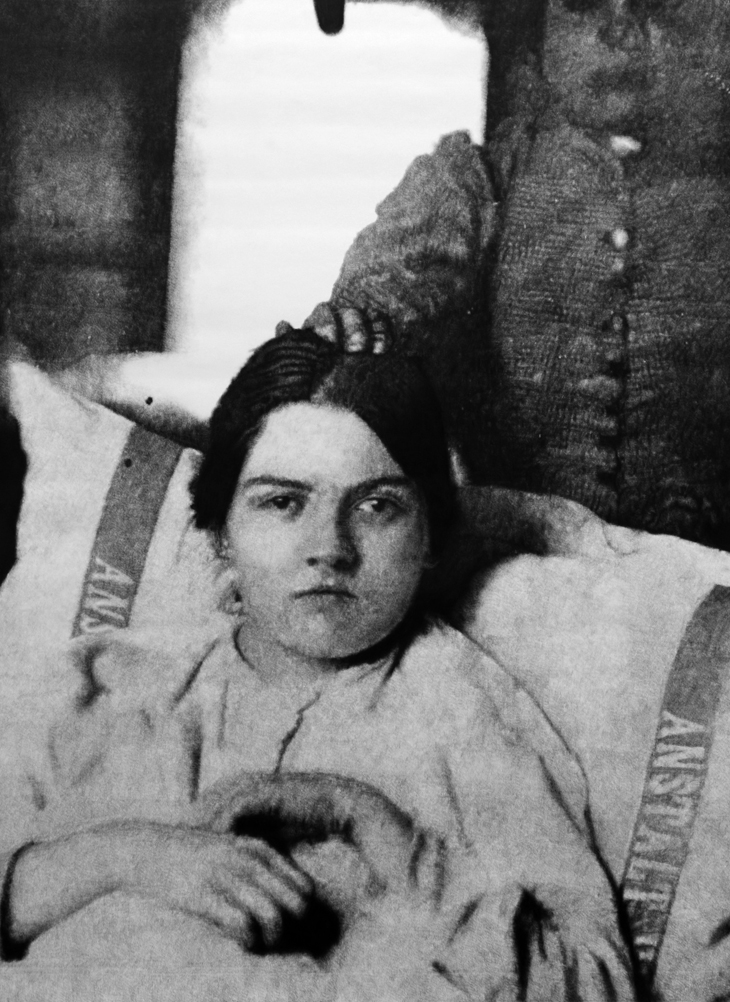 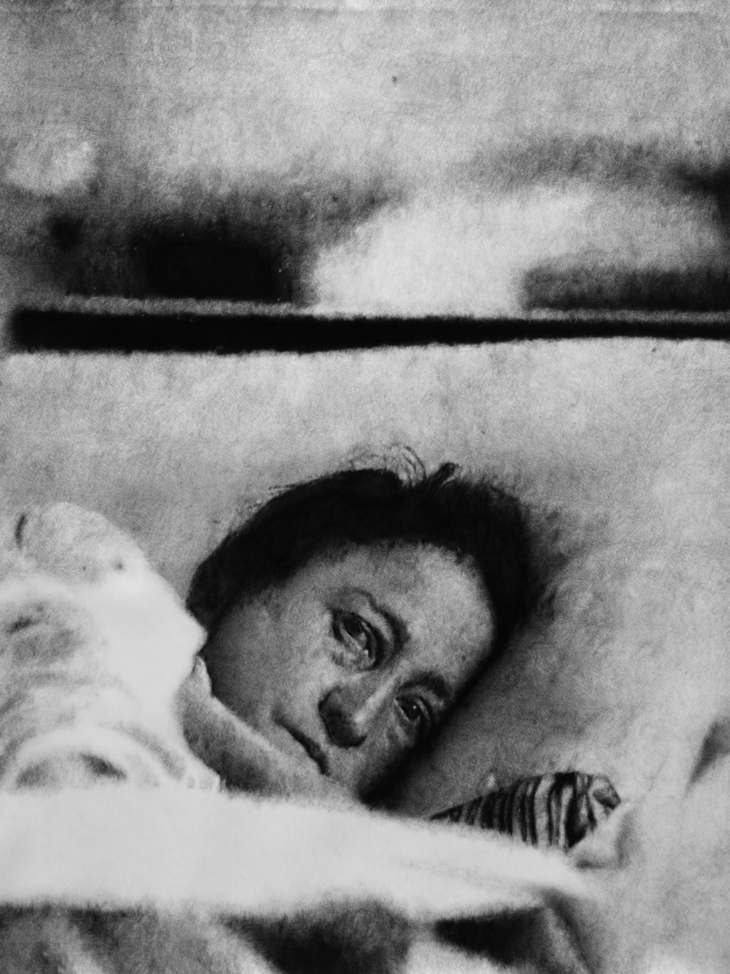 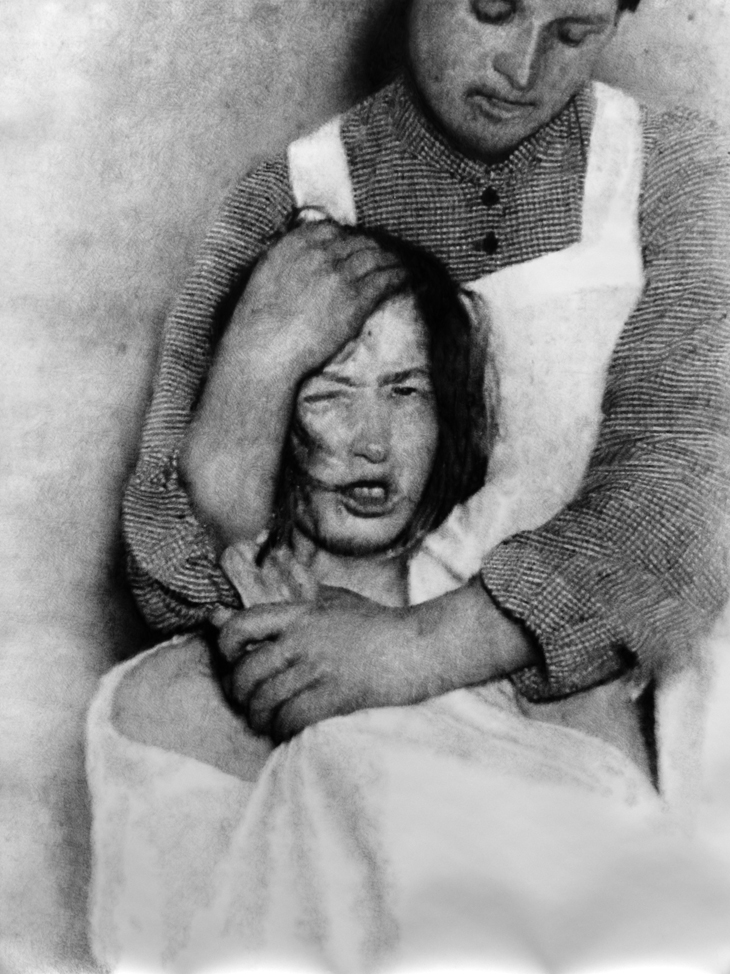 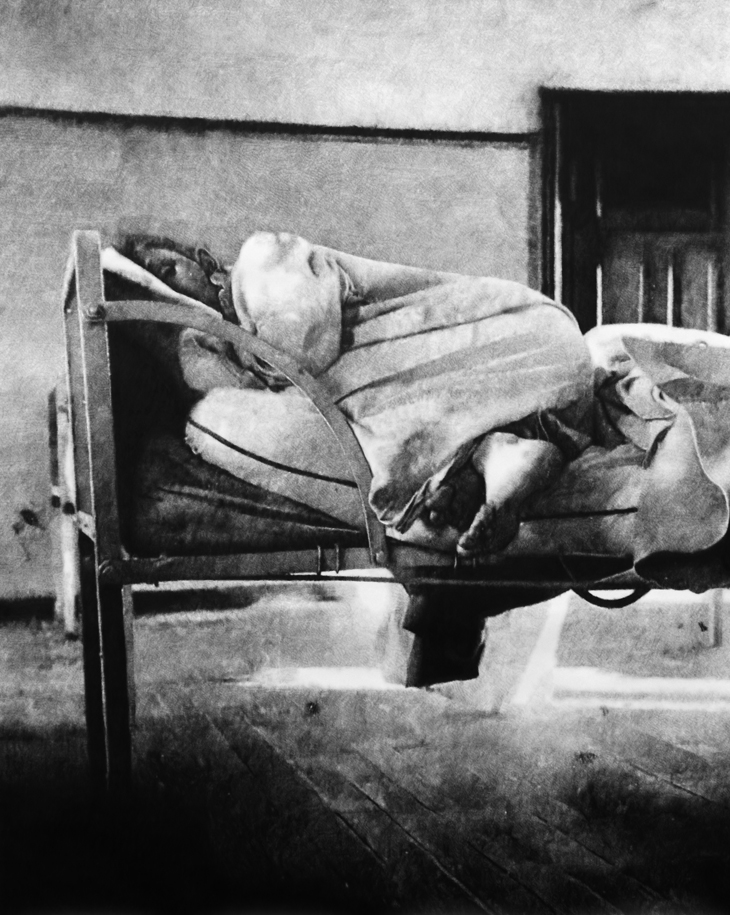 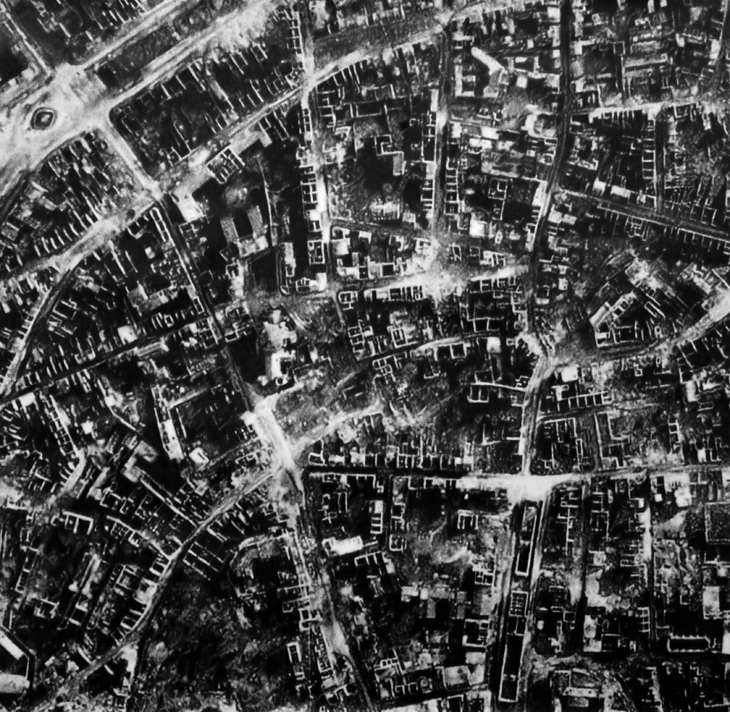 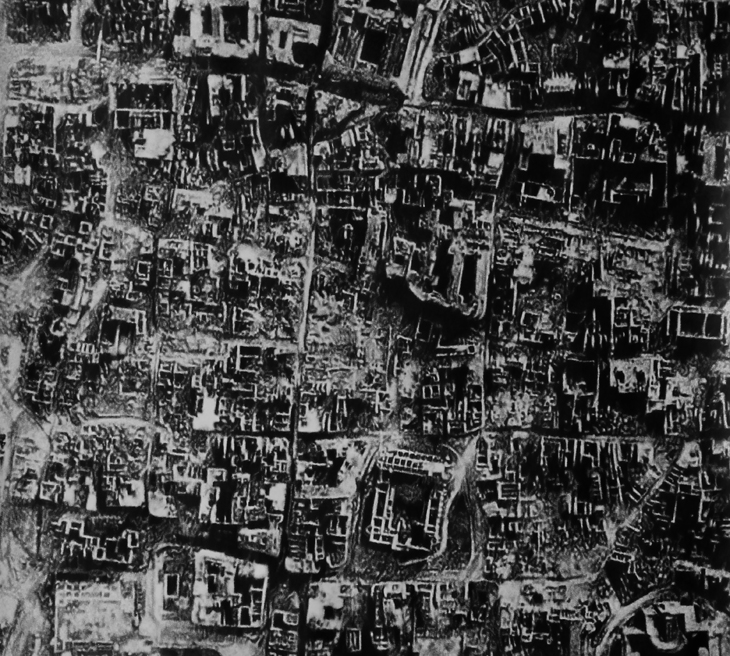 Drawings that transcribe existing photographs operate on a tension between fast (the photograph fixing the image) and slow (the laborious transcription of something seen), and that contradiction is a way of probing our experience of the visual image and its claim to truth.

Eric Manigaud’s drawings reproduce archival photographs on a scale proportionate to the artist’s body, so that his works occupy physical space in a way rarely associated with the photographic image: these are images that exist in our space, and must be negotiated physically. Manigaud’s choice of subject has bodily connotations too: images taken from the State Care and Medical Facility in Weilmünster, in which physically and mentally ill Jewish patients were forcibly sterilised or starved under the Nazis, foreground the human subject as locus of twentieth-century horror.

These close-up images overlay various acts of looking: the artist’s tireless scrutiny of the original image, the subject’s wary or wounded gaze at the blank eye of the camera, and the viewer’s own transfixed curiosity, delayed there through the work’s density of mark-making. In Manigaud’s transcriptions of aerial photography, we participate in another loaded look: the Allied bomber pilot over Cologne, gazing down at the peaceful grids of housing and industry, in search of a suitable target. Held at bay from the reality of the scene through the misty scrims of graphite, these images oscillate between the historically distant and the almost unbearably close.