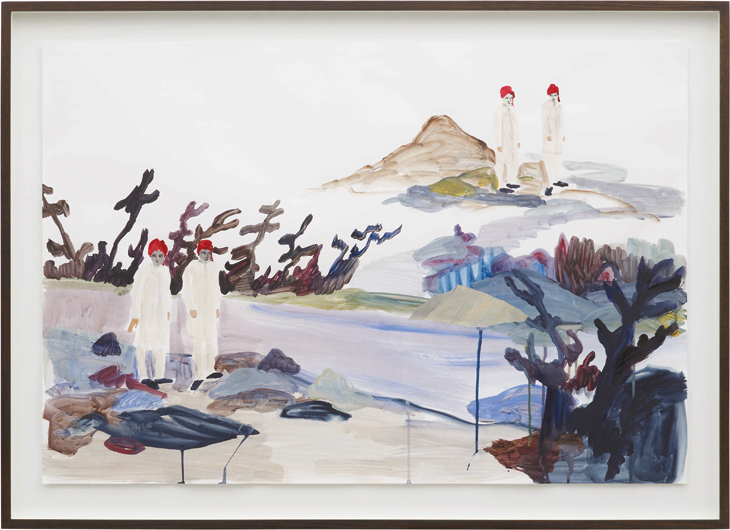 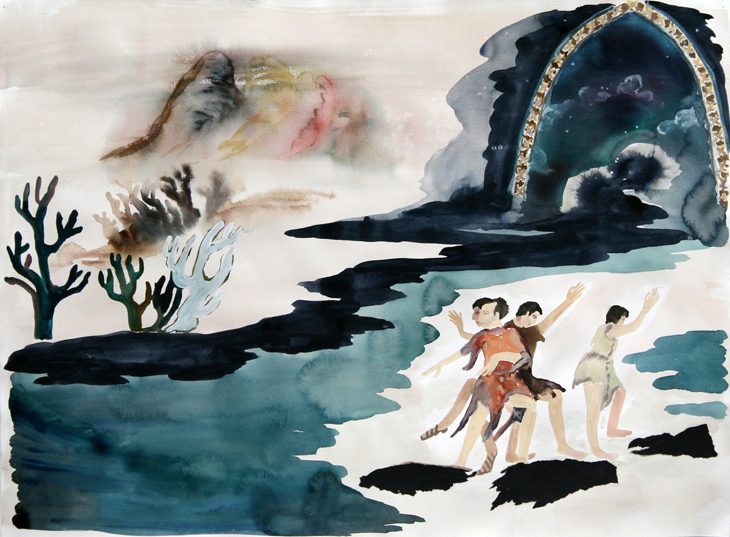 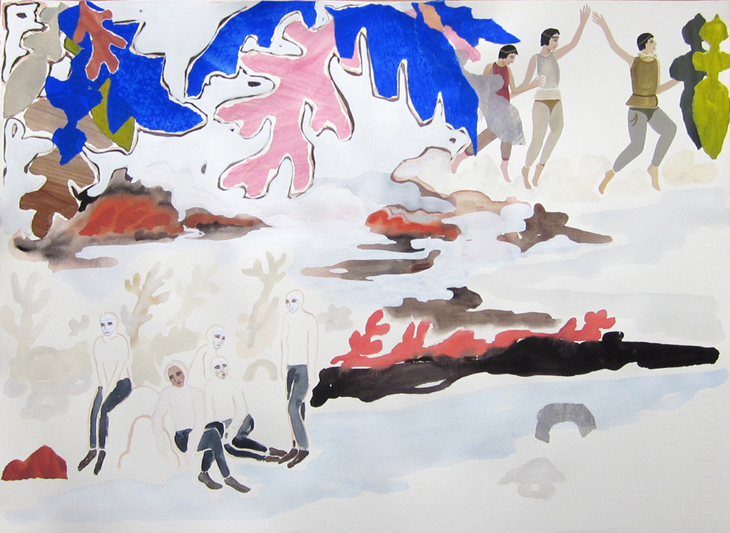 The self-effacing quality of Freya Douglas-Morris’s painting They Visited Twice – its thinned watercolour, dribbling in places off the paper; the cursoriness of its description of plants and people; its flattened and simplified tones – shouldn’t be mistaken for slightness. The painting’s strength lies in its uncanny evocation of a past (that non-specificity is significant here: it’s not the past) and its suggestion of the gaps and discontinuities attendant on the act of describing past events. In the work, a pair of figures is seen twice; as the title suggests, they’re perhaps the same figures, their double appearance making the work redolent of medieval paintings. Clad in simple white clothes, black shoes and small red turbans, they appear Indian, but generically so: they’re painted too speedily to be properly characterised.

The looseness of their description is of a piece with the painting’s title – the vagueness of ‘they’, the openness of ‘visited’ – so that the work becomes a way of embodying the telling of a story from the past; mishearing, generalities and slippages are built in. Landscape (traditionally a motor for narrative, a way of moving things forward) is, here, insubstantial, literally watery, and the blank space of the paper has a kind of obliterating effect, like a blind spot in the memory of the teller.

Freya Douglas-Morris
Exposing themselves to the moonlight like bathers under a midnight sun, 2013
Watercolour, collage and pigment on paper
73 x 97 cm

Freya Douglas-Morris
Exposing themselves to the moonlight like bathers under a midnight sun, 2013
Watercolour, collage and pigment on paper
73 x 97 cm