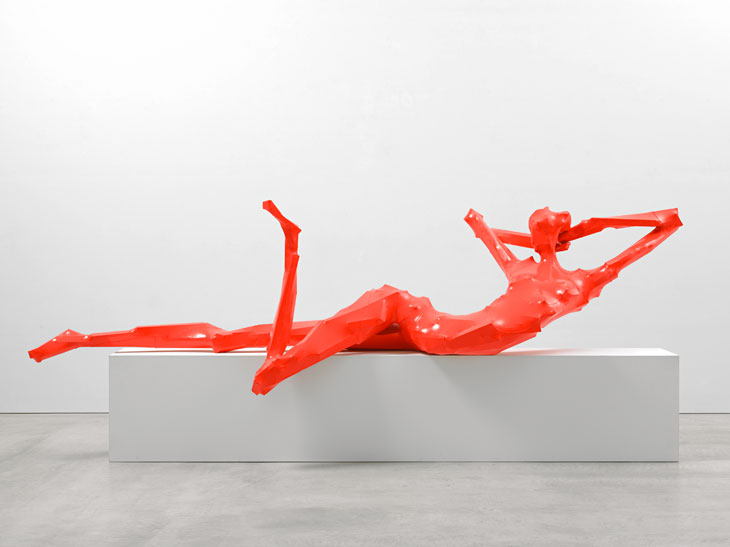 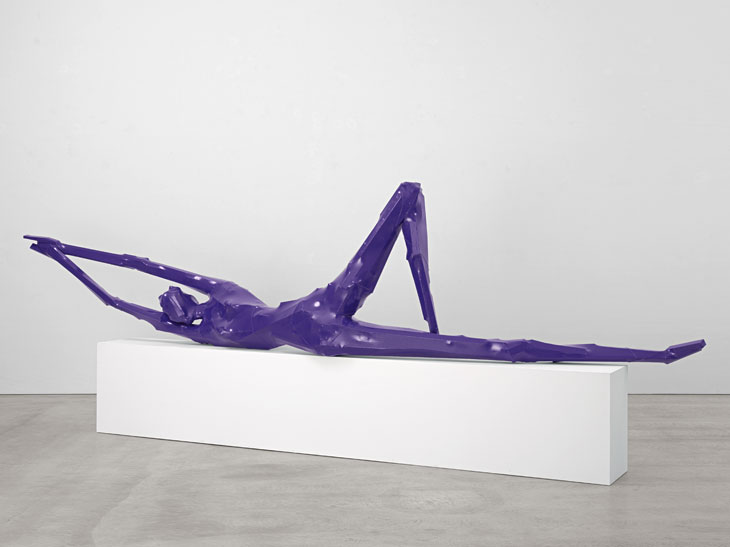 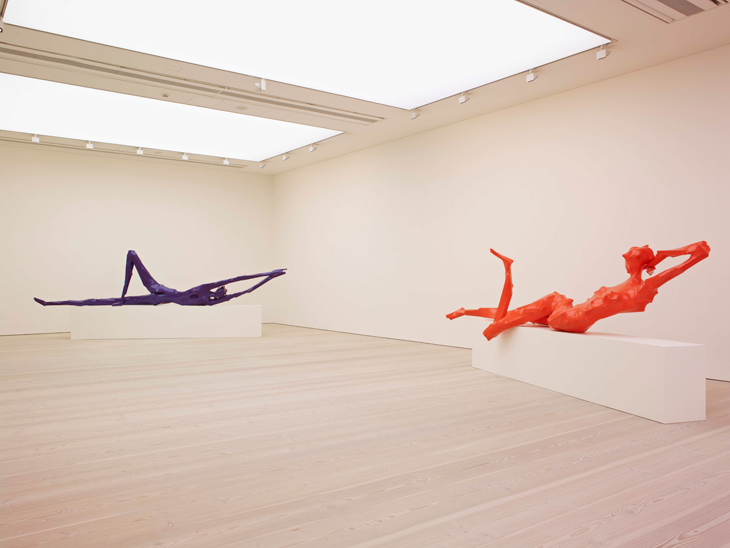 Georg Herold’s arching and stretching anthropomorphic sculptures from 2010 suggest an ambiguous, self-aware state of tension. The crude stick figure minimalism of the two reclining bodies contrasts with the visceral nature of their poses. There is something fetishistic about these figures: one looks like it’s being dragged along the ground with its hands tied up; the other exaggeratedly bends its back in an overtly sexualised and gendered stance. The viewer is left to take in the weird conceptual paradox they embody: the objectifying dehumanisation they point to and the very human artifice of their construction – they are made out of roof battens, canvas, lacquer thread and screws, materials which the artist has been working with for decades.

In the late 1970s Herold studied with Sigmar Polke and soon after became associated with a wave of radical young German artists including Albert Oehlen and Martin Kippenberger. His work reflected an anti-bourgeois rebelliousness and appropriated building materials and caviar alike as the vehicles for his artistic expression. The lack of a single unifying principle, material or interpretative, is one of the consistent aspects of Herold’s work. Whether presenting a simple plank of wood on a wall or an abstract portrait made out of numbered fish eggs, he prefers to leave the viewer to ponder on his mysterious visual propositions, their meaning half-familiar, half-alien.

Herold’s work plays with our expectations of what it is we are seeing, what art is, or should be, and with the artist’s role in making meaning and challenging the viewer. ’I intend to reach a state that is ambiguous and allows all sorts of interpretations’, he has declared. The artist’s ironic, pop-tinged humour is an irresistible part of the process.