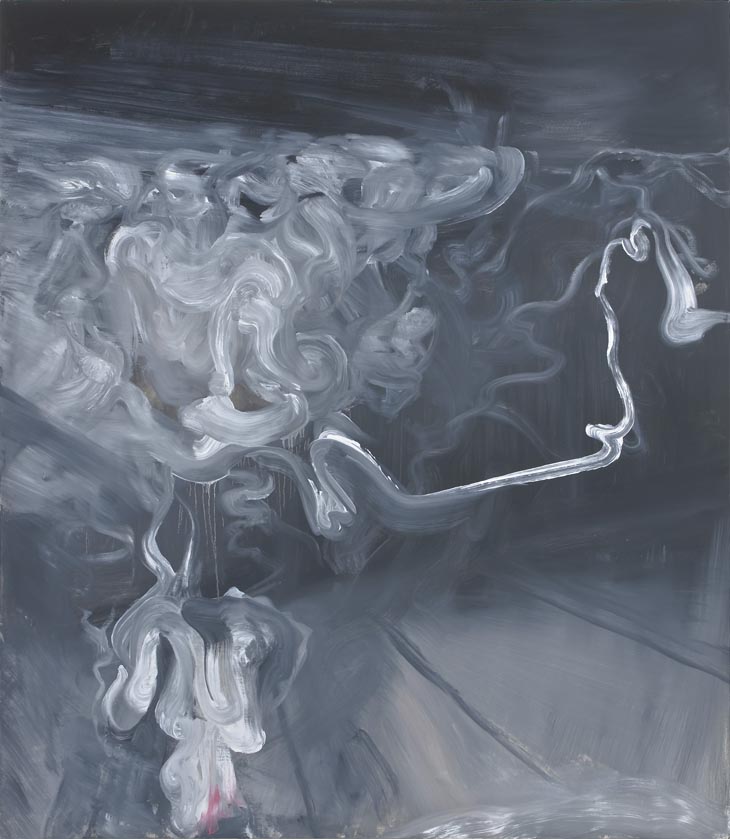 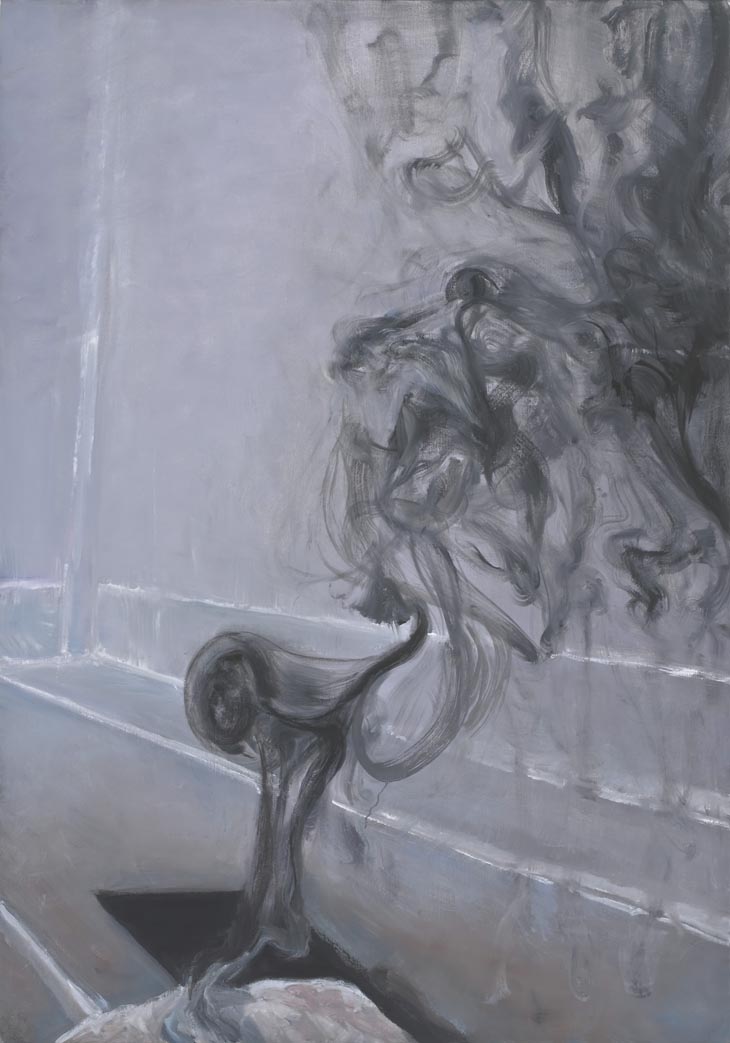 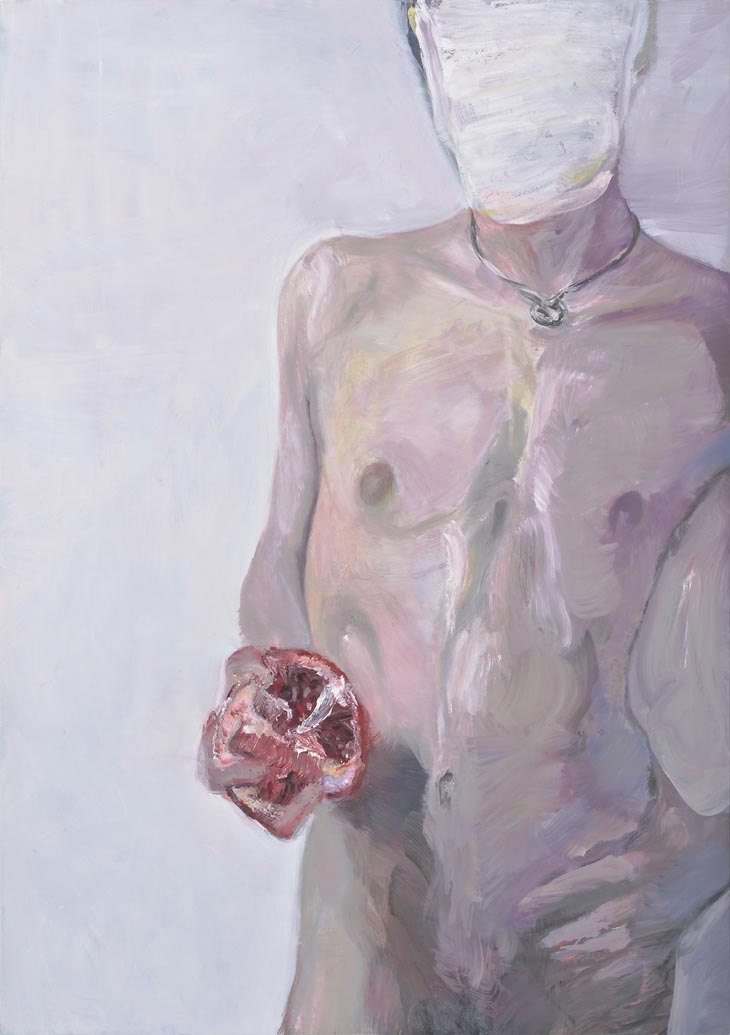 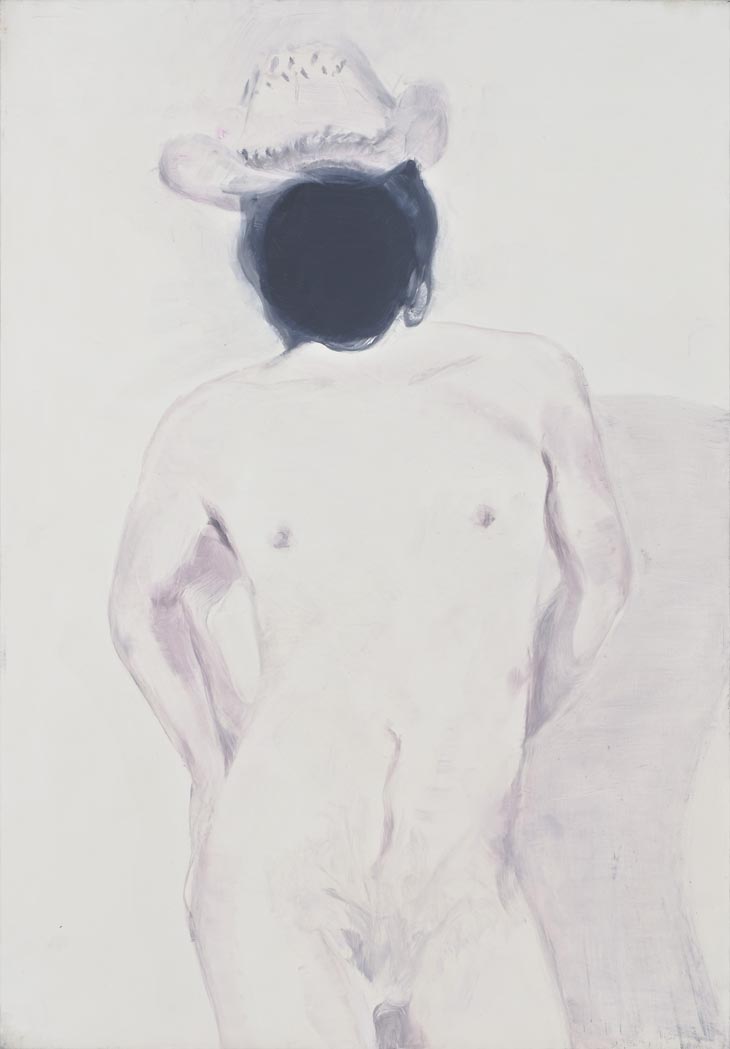 Graham Durward’s paintings explore the power of images. Durward develops his paintings from photographs that he finds or takes himself. In his paintings he tries to capture a sense of sublimation; his works suggest both sensuality and distance. His muted tones and ephemeral brushwork describe the intangible with a fixation or longing. “I wanted to talk about a kind of contemporary aura that you could relate to a sacred experience,” Durward explains. “My images have an immediate or contemporary feel, an Ethernet aura, that becomes an ‘otherness’. Each image alludes to the unseen, a part of the world with its own ambience. I think about my work in analytically poetic terms. All the themes relate to some kind of solitude wrapped up somewhere inside desire.”

Though Durward’s Untitled paintings appear abstract, they are actually representations of burning incense. Durward chose to paint incense because of its immateriality and association to ritual. These ideas are echoed through his painting style. In Untitled, the billows of smoke are retraced with the artist’s brush, the gestures replicate both what the vapour looks like as well as its ‘real’ properties of non-physicality and movement. “I like to stress the documentary aspect in relation to seductive painting,” Durward says. “It’s important to me not to give too much information about the works. I construct them to be experienced in an unmediated way. They don’t enter into an artwork dialogue. Where the image comes from should be made as immediate to the viewer as it was to me.”

Durward’s process of photographing then painting an image relates to film. His subjects are selected and framed, and the act of translating an image from one medium to another has a sequential aspect. Though Durward’s subjects vary, he views his paintings as being interconnected or related, like stills from different scenes in a non-existent movie. Untitled was made from photographs Durward took of a model he hired via the Internet. Rendered in soft fleshy tones, the figure is inviting yet inaccessible. More like an apparition or memory than a physical presence, the body recedes to give prominence to the pomegranate, a traditional symbol for desire and faith.

“Hotmail is from an image I found on the Internet, and is part of an ongoing series of solitary men. I was attracted to people who masked their faces in a crude way using Photoshop to protect their anonymity. I saw this as a kind of primitive painting and wanted to emulate or exploit this. I’m interested in how people try to manage their own image in photographs, or use images as a kind of disguise. There is an element to my work that relates to a pre-modernist response to the contemporary world. It’s too easy to read these types of images in a moralising way and I want to contradict that. I think this portrait is melancholic, but at the same time there is a beauty to it, a poignancy.”