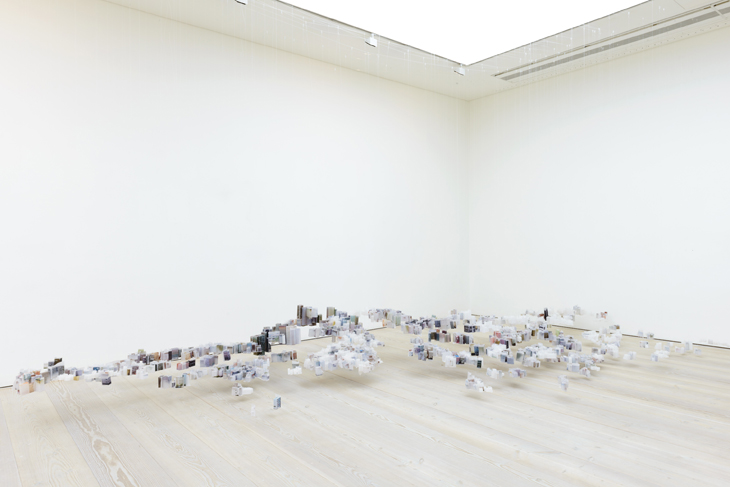 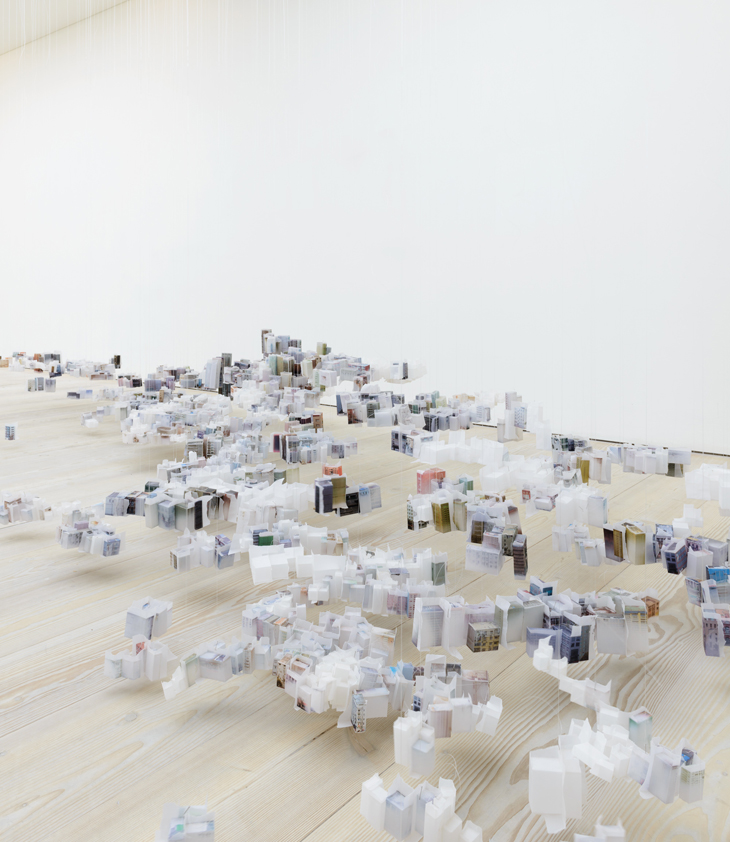 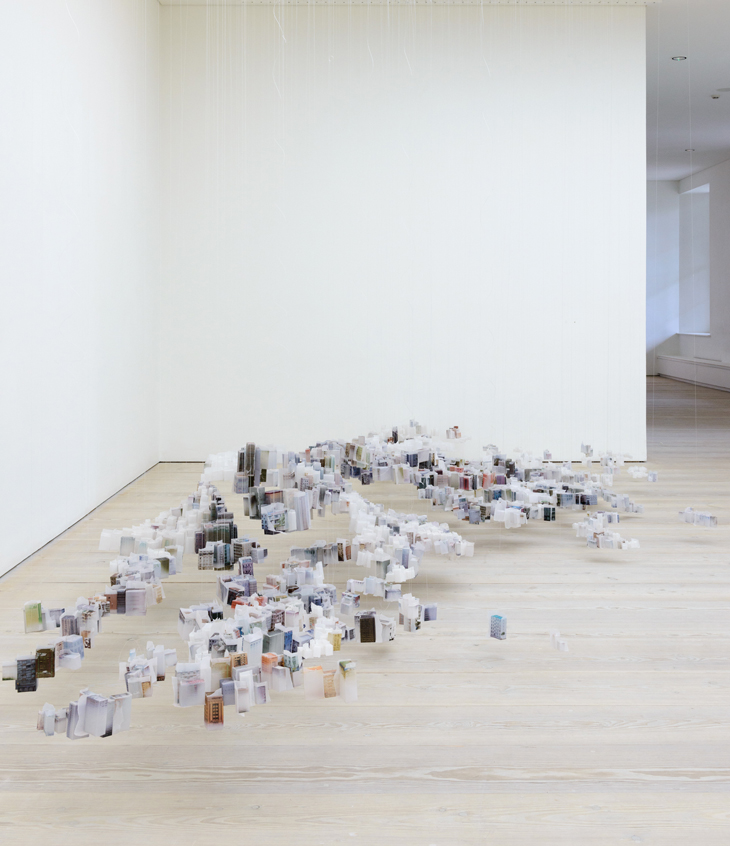 Han Feng’s Floating City plays with deliberate contradictions from its title on down. Neither sculpture nor drawing, Feng’s piece is composed of hundreds of tracing paper buildings of various sizes, their laser- printed details deriving from images of city architecture, which are grouped in dense clusters and hung from the ceiling with transparent fish tackle thread. Hovering a couple of inches off the gallery floor, Floating City has an ethereal, almost spectral quality; it shivers and sways with the movement of visitors. Depicting a city – something we associate, especially in recent times, with population density, atmospheric pollution, architectural diversity and multicultural vibrancy – as something weightless, depopulated, semi-transparent and fragile, Feng’s work asks us to consider the city as something imagined, an idea as much as a place. This might be what a utopia looks like – a notion expressed in language, impossible to realise in reality.
The city’s pale palette certainly appears drained of life, as though emptied of occupants; the use of tracing paper implies preparation, a stage before completion. Looking down on this ghostly apparition, we’re separated from it both physically and conceptually: it’s perpetually distant, a mirage.