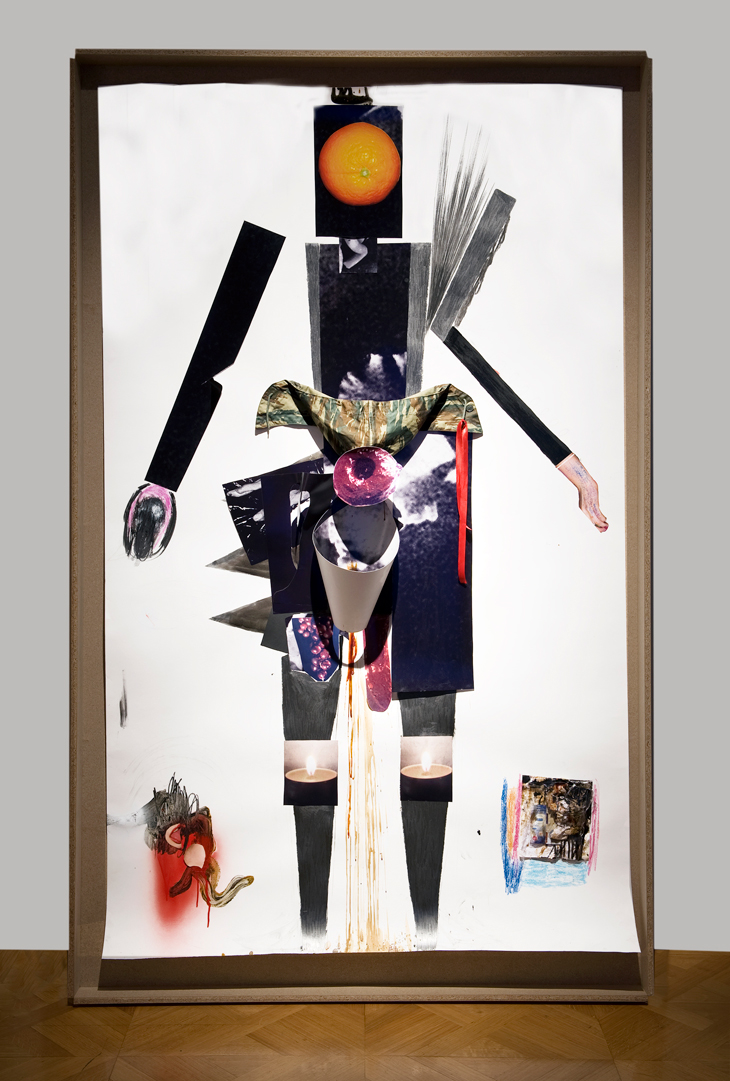 Because we recognise Jannis Varelas’s large-scale collaged personages as such – because they occupy space in a similar way to us, and are constructed along figurative lines – it’s difficult not to draw parallels between their bodies and ours. Apparently facing us in a manner more confrontational than conversational, they’re nightmarish figures, cobbled together out of collaged images, scribbled pencil and scraps of clothing; one drips soy sauce from its groin, like unhealthy-looking urine. And yet the clarity of their compositions has a contradictory elegance that harks back to modernist design; their geometric heads and arms recall early twentieth- century theatrical costume. 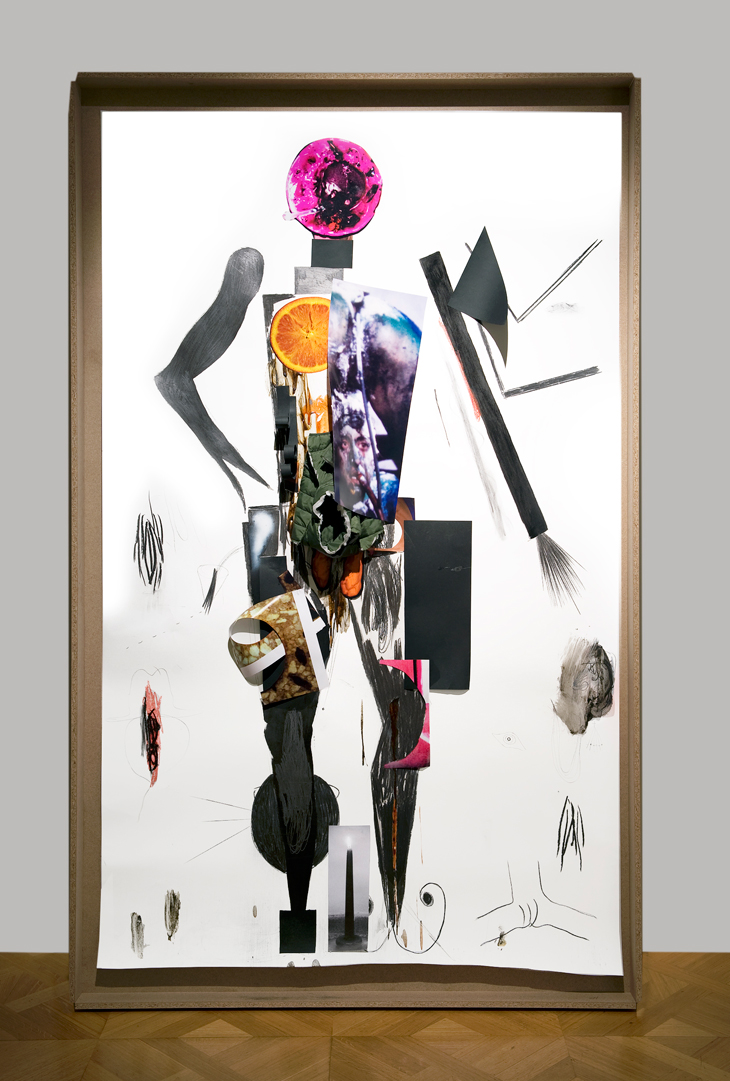 Varelas’s works stage collisions between the optimism of modernist avant-garde aesthetics with the discarded and degraded clutter of contemporary Europe in the fallout of the 2008 economic crash.
Their scale and structure makes them mirrors. In Clair, Maid Costume, F/orange, Varelas constructs a vaguely feminine character out of scraps that allude to the absence of sensual fulfillment: the head is an image of an orange, perpetually glowing and inedible; the hips and stomach an upturned hood in camouflage print, leading into the cone-shaped pubis with its sputtering soy leakage. In Varelas’s work, the human is something perpetually at the very edge of disintegration; in Jane, Maid Costume, C/pink, the collaged elements project off the surface of the paper, as if barely attached, and an image of a black candle seems to chart the figure’s demise. Despite everything, these figures seem to say, we are here.