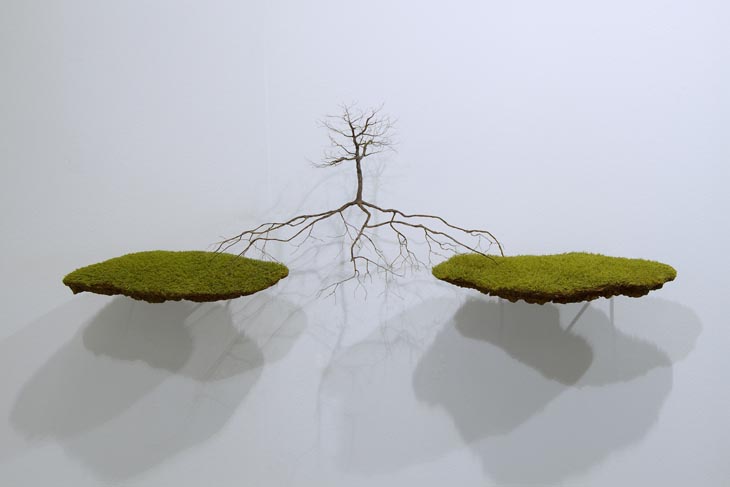 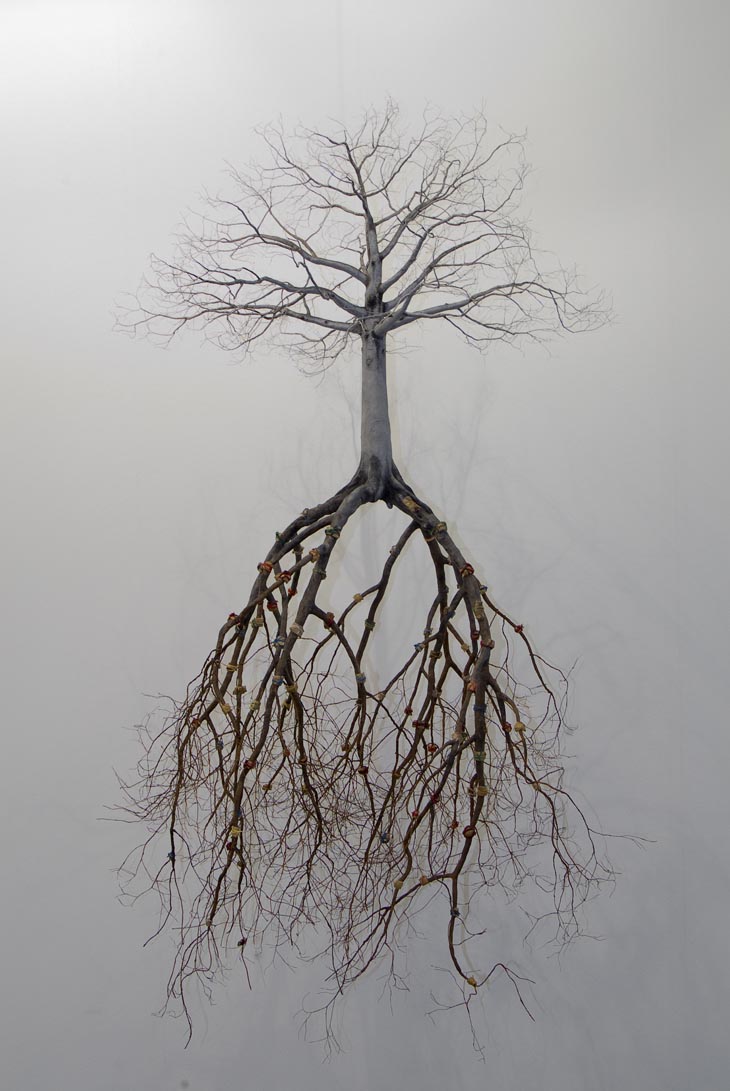 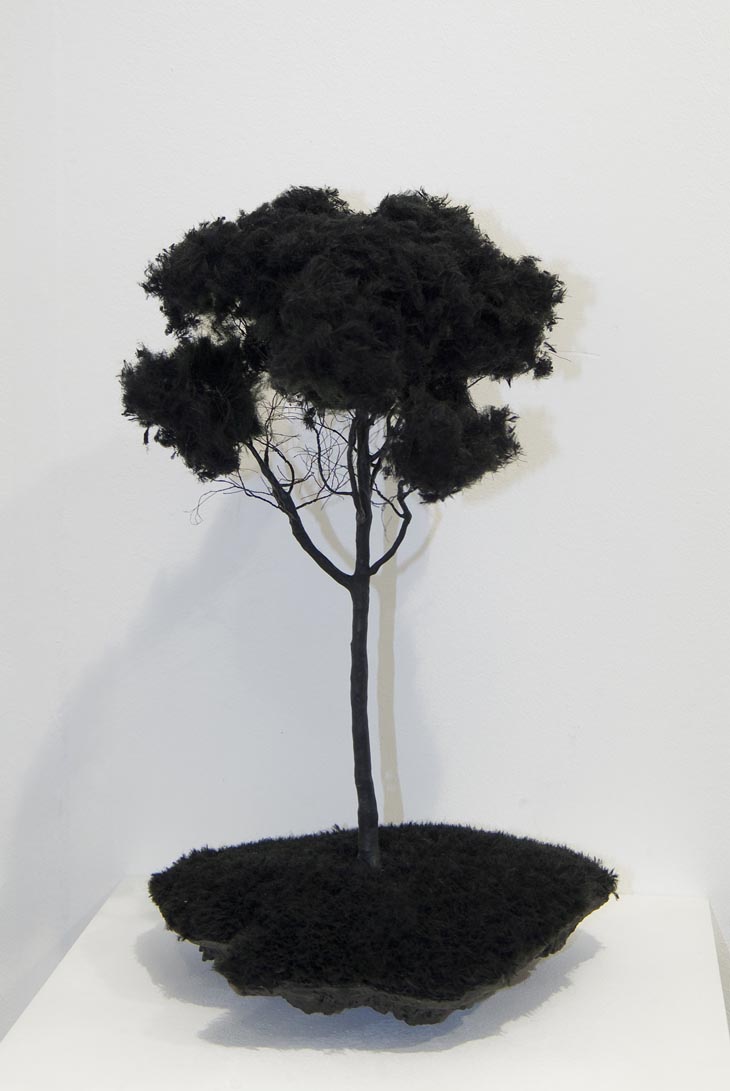 Mayet’s practice revolves around small-scale sculptural installation, and miniaturised replicas of imaginary trees, plants and other natural objects. The artist’s vision of the trees is such that their roots remain intact (De Mis Vivos Y Mis, 2008), as is the residual clump of earth into which they are planted (Cuando Más Pienso En Ti, 2008). Made with electrical wire, paper, acrylic paint and fabric, which are combined to create realistic qualities, the objects display a three dimensional realism. While the wires and papier-mâché suggest craft culture, they are in fact rooted in the artist’s interest in ancient language of pre-Colombian history. Mayet maintains that there is life in trees which gives life to people, and the strength and symbolic resilience of the perennial plants can inform mankind’s universal worth.