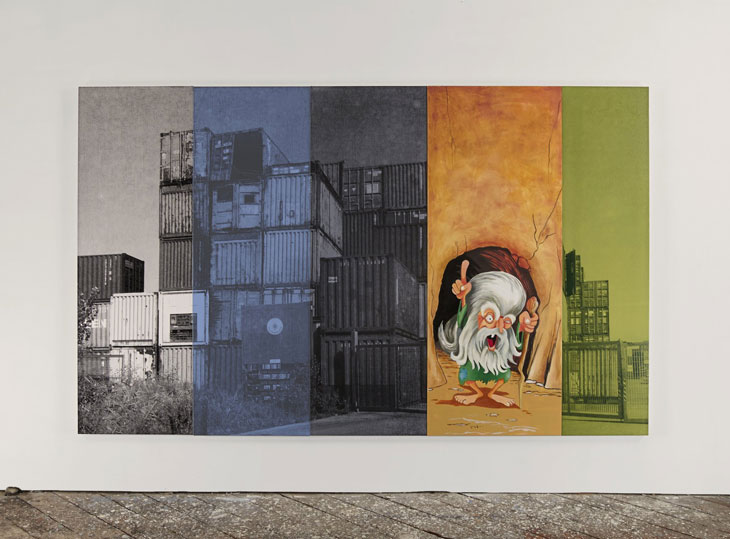 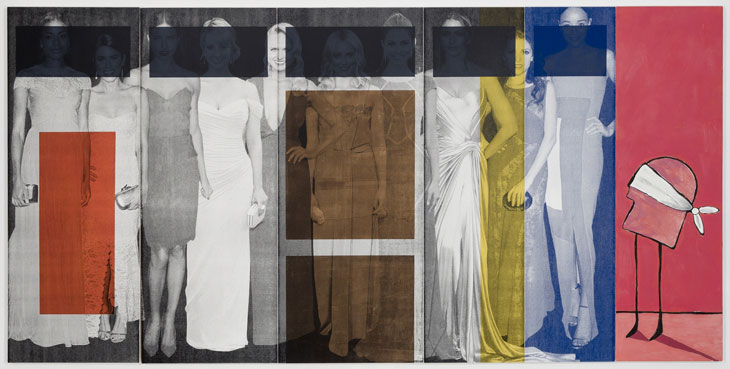 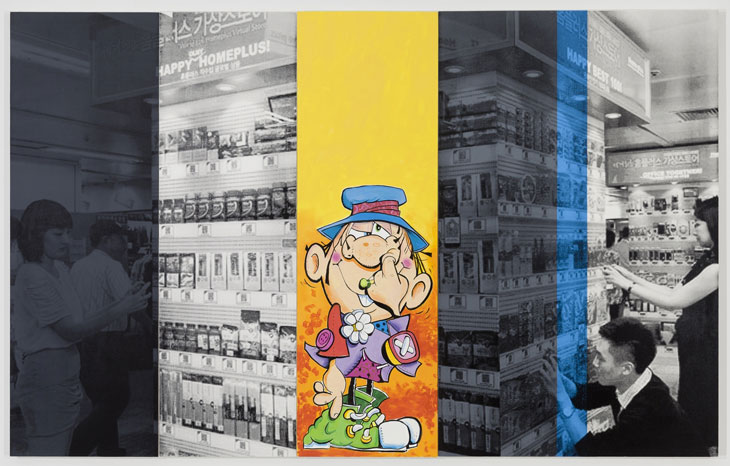 Champagne Life, the eponymous title of the exhibition itself, inverts an image of Kanye West and Kim Kardashian, with the poorly copied plastic sculpture of Minnie Mouse. The pathos of the latter’s pathetic construction provides what the artist terms “a place of interiority” which is both “intimate and vulnerable” in stark contrast to the pure “exteriority” of Kim Kardashian, a figure who manipulates the public eye and spectre of fame so dexterously as to have “broken the Internet.” The title itself is drawn from a song by R&B artist Ne-Yo, who sings of a life “where dreams and reality are one in the same”. This paradoxical attempt to converge the fantastical with the real is the epitome of a culture driven by the lust for celebrity, and the figure of champagne as a relatively affordable signification of luxury life, the highest aspiration and emptiest cipher.

Poppy panels of colour overlay grainy images taken from various media. Each is punctured by an invading cartoon character, drawn from greeting cards,
perversely and hysterically juxtaposed with the appropriated imagery. Wachtel, who has been working in the same vein since the 1980s as part of the Pictures Generation, is heavily influenced by Andy Warhol, a prevalence in her oeuvre that has been accelerated by the Internet’s quicksilver exchange of images and the blossoming of celebrity culture; ink dot subsumed to pixel, Marilyn Monroe to Kim Kardashian.

Her screen prints are almost algorithmic in their composition, taking thetemperature of contemporary popular culture in both an instinctive and premeditated way