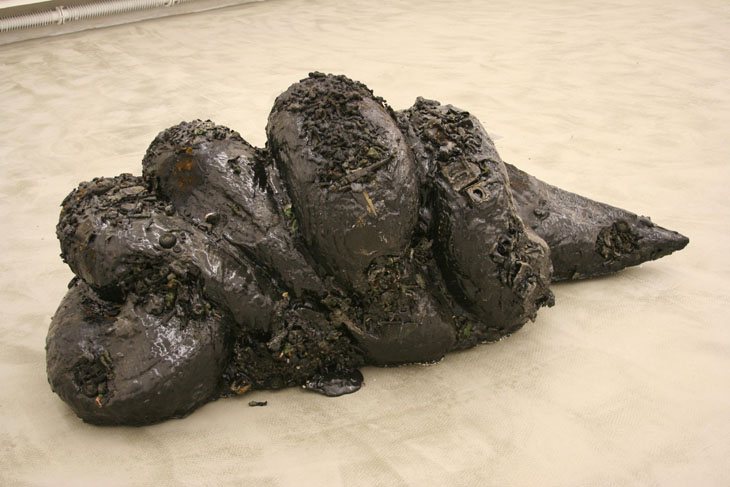 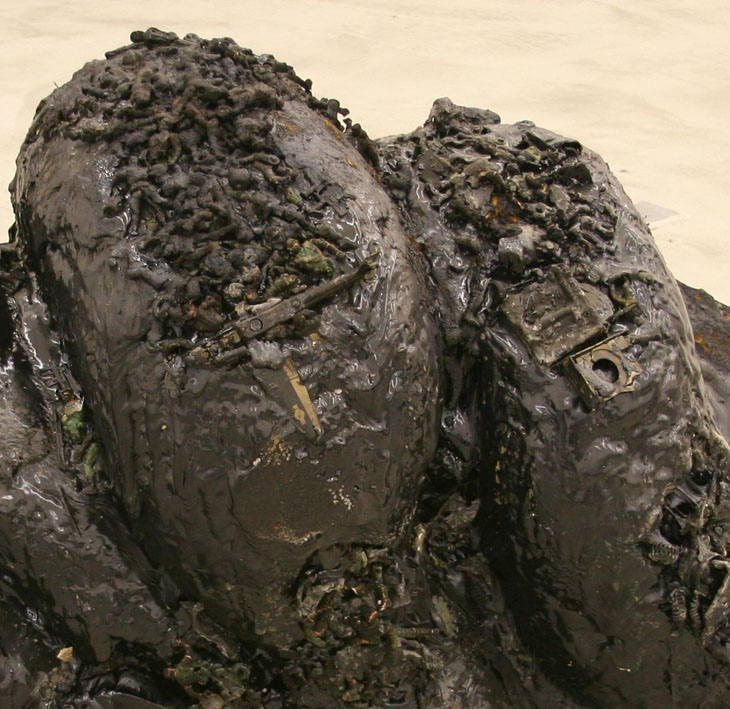 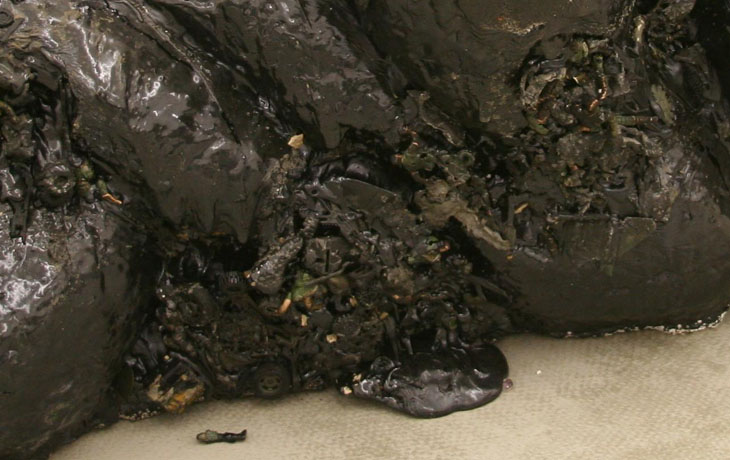 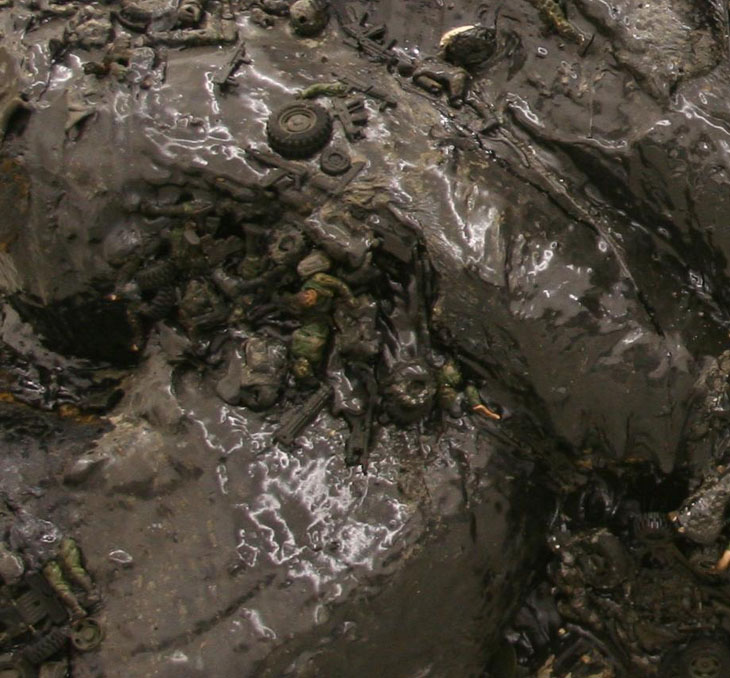 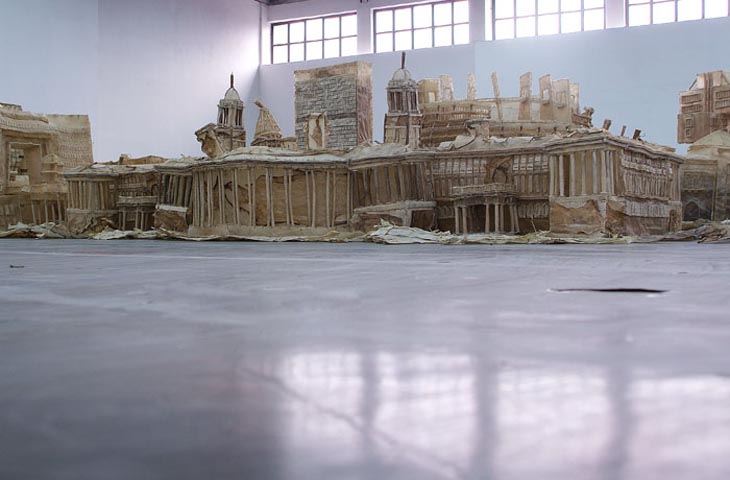 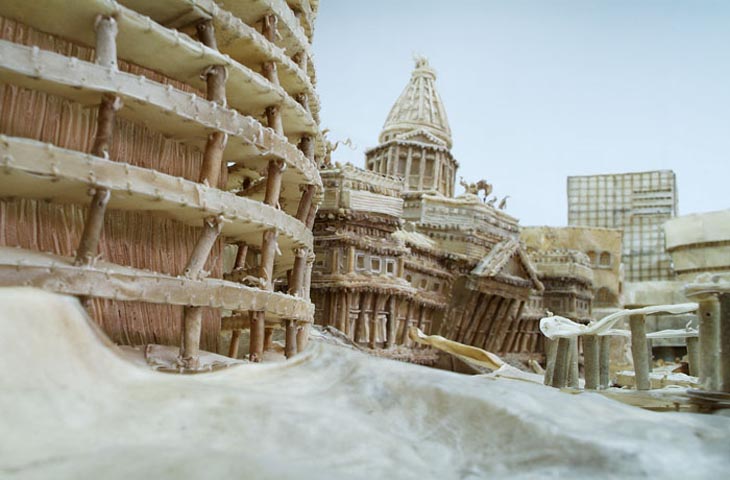 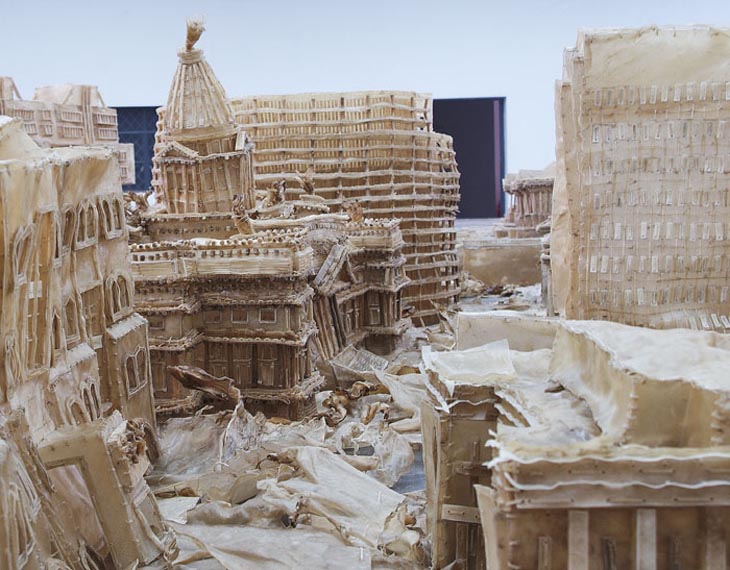 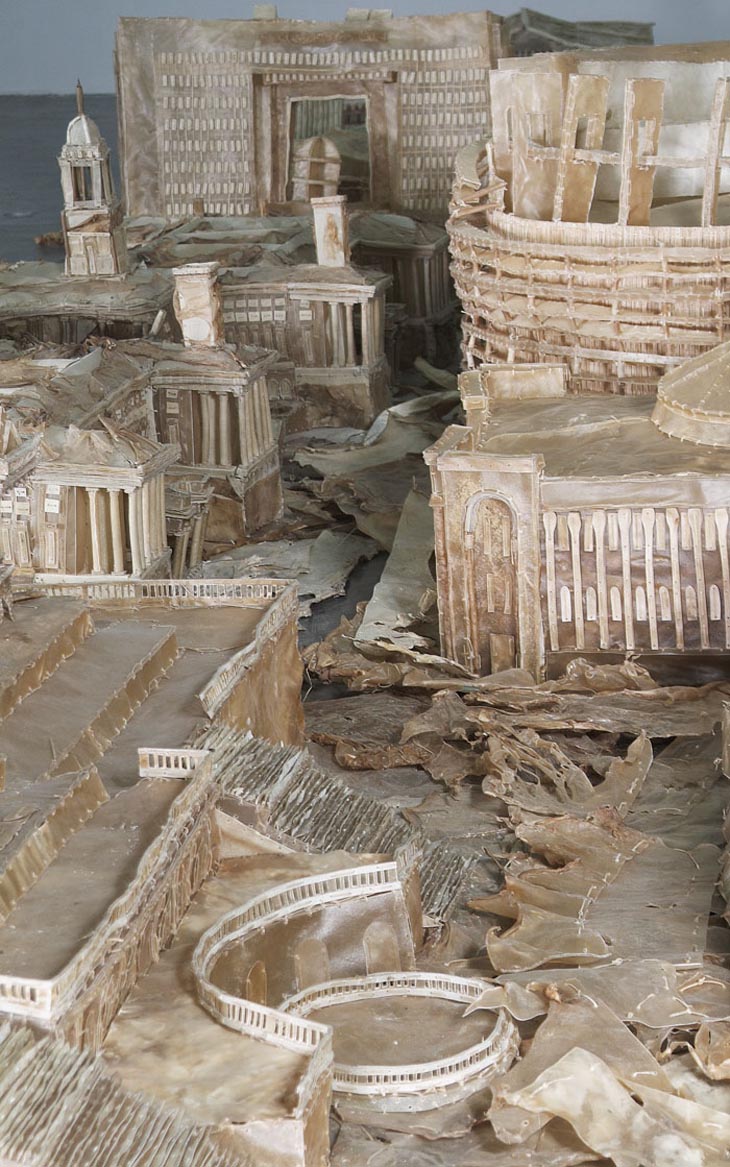 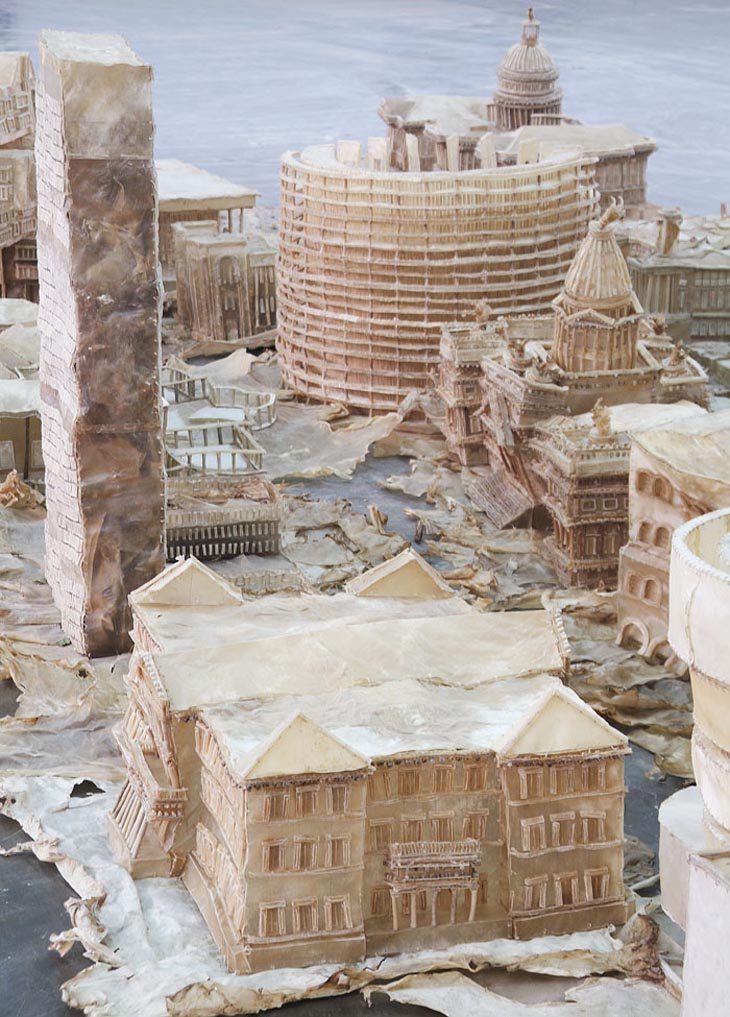 Liu Wei’s practice is uniquely varied. Working in video, installation, drawing, sculpture, and painting, there is no stylistic tendency which ties his work together. Rather Liu perceives the artist’s function as a responsibility of unmitigated, uncensored expression, tied to neither ideology nor form. Throughout Liu’s work lies an engagement with peripheral identity in the context of wider culture; his works often describe a sentiment of excess, corruption, and aggression reflective of cultural anxiety.

Liu’s sculpture Indigestion II is a monumental poo. Spanning two meters, it’s a man-sized statement of rejection. Crafted with comic exaggeration, Liu’s turd is both repulsive and compelling; leaving no detail to the imagination, Liu offers ‘too much information’ in the details. On closer inspection, half digested kernels emerge as hundreds of toy soldiers, spilling forth in an unmistakable sentiment of protest.

This parody of grotesque consumption re-emerges with Liu’s Love It! Bite It! – a model plan of a city made entirely from dog chews. Comically editing down the world to only the ’tastiest’ bits, Liu’s utopian vision re-engineers the breadth of Western history - from the Coliseum to the Guggenheim - as a carnivorous spectacle. Constructed with painstaking detail, ornate columns, cornices, and magnificent domes tower with warped approximation giving the scene a post-apocalyptic aura, rendering cultural heritage and power as an abject skeletal (or rawhide as the case may be) remain.