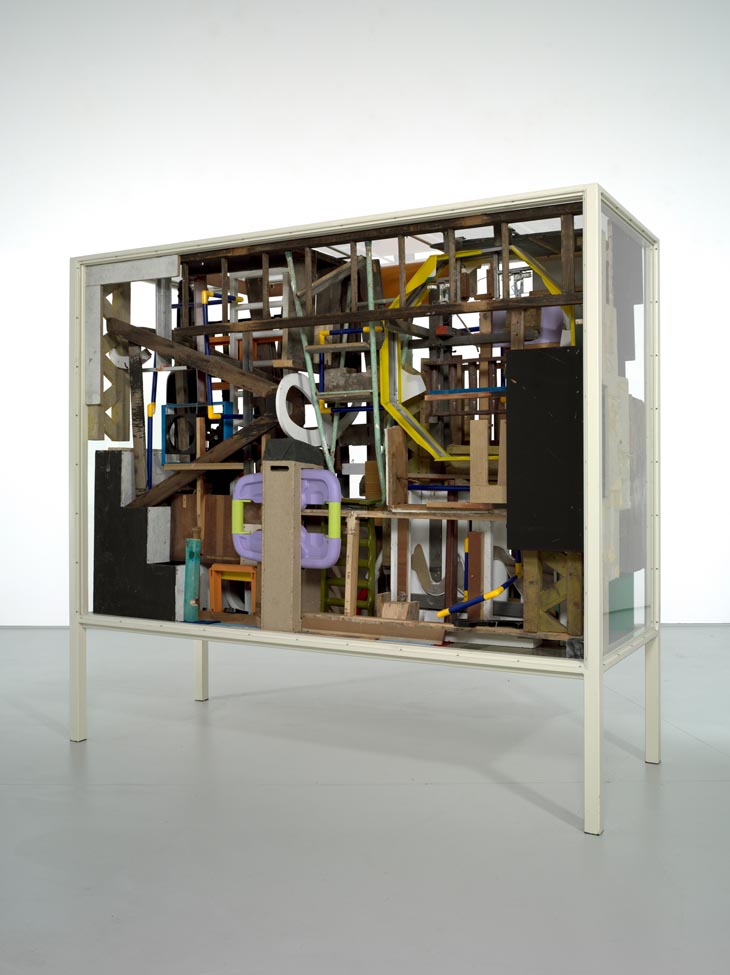 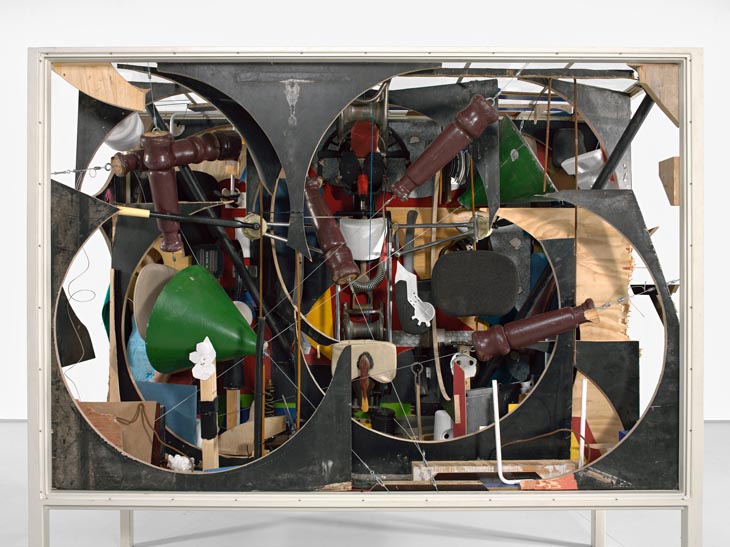 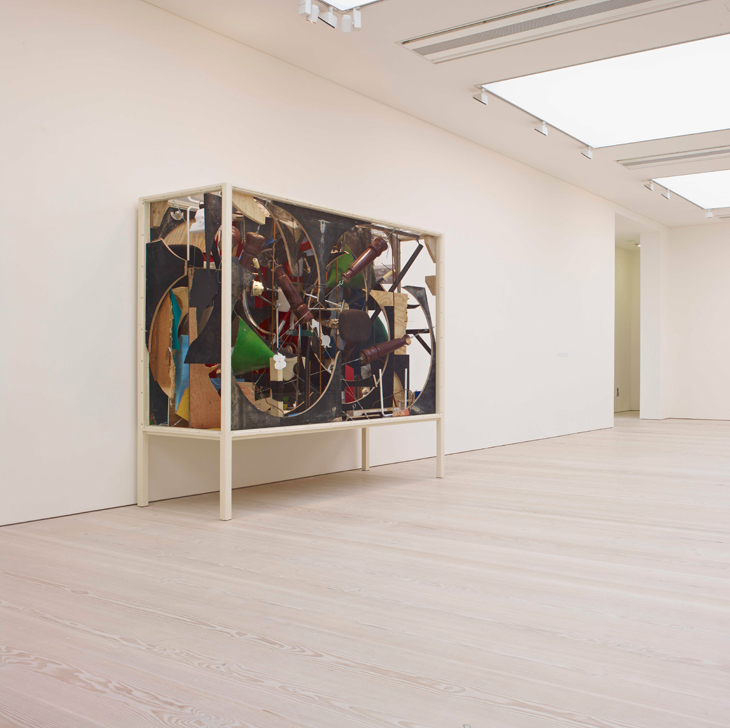 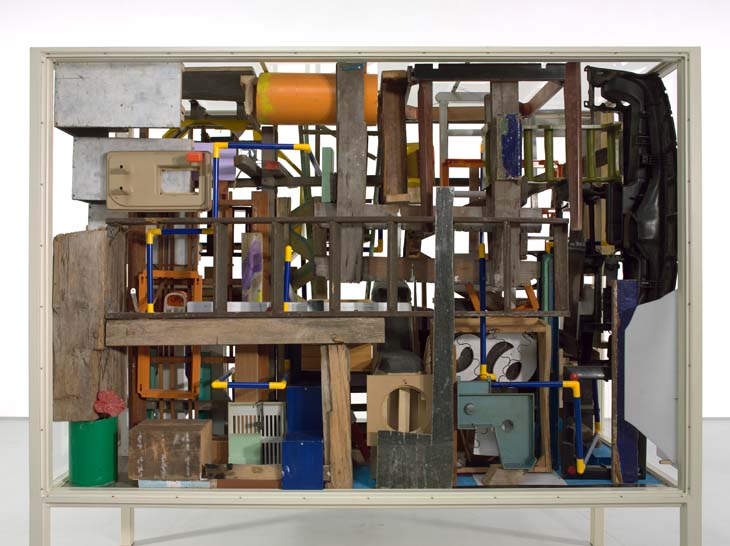 Max Frisinger’s raised glass cases – assemblages crammed with found material – are witty visual paradoxes, governed by a dual sense of cacophony and order. They demand careful observation, with each side like an entry point, revealing a different topography made up of found scraps – metal, wood, tubing, table legs, plastic tubs, offcuts and other broken designs – all random-looking but somehow perfectly framed around each other and their spatial limitations.

Frisinger’s works juxtapose apparent chaos with a careful sense of arrangement, and flirt with an art historical understanding of perspective, representation and abstraction. Depending on the viewer’s point of view, the objects within these three-dimensional boxes may appear to be independent from each other, or unified and flattened, like abstract paintings.

Noah’s Ark (CocoRosie) (2010), a vitrine chock full of mismatched shapes, is striking for the complex imagery that rises out of its superimposed objects and the gaps left between them. Rising (Yoko Ono) (2010) shows a somewhat axial arrangement suggesting kineticism despite its crammed, impossibly static nature.

When asked about his works and the development of his practice, Frisinger simply states: ‘inveni, vidi, vici’ (‘I found, I saw, I conquered’). His assemblages can be seen to be making reference to the tradition of refuse-based art, recycling detritus to comment on the society of excess. Looming over Frisinger’s new time-capsules of the everyday are the ghosts of found-object sculptures by Marcel Duchamp and Jean Tinguely, Arman’s ‘accumulations’ and Daniel Spoerri’s ‘snare pictures’, as well as a poetic playfulness, somewhere between Joseph Cornell and the musical, performative improvisation of Fluxus.

But Frisinger’s boxes, like portable, flat-pack dumpsters, contain not just a nod to the past, but an up-to-date comment on our current culture of waste and excess in society in general but perhaps also within the art world.