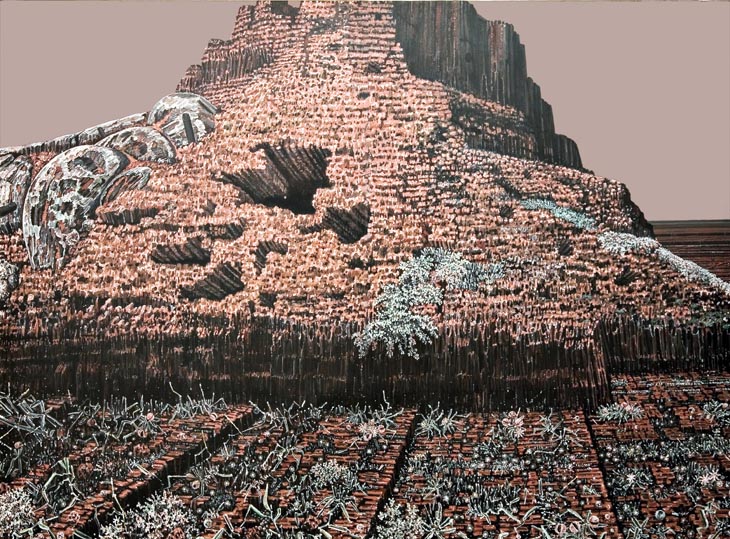 Rajan Krishnan’s painted works depict a reclaimed earth after humanity has abandoned it. His series of paintings pay attention to the changing landscape, as man-made settings are occupied and then deserted in the pursuit of something better. Krishnan’s Substances of Earth is a colossal acrylic painting that offers a dull palette and stylised forms. Recalling part of the grand-canyon, the detail shows a vast landmark taken over by animated insects. The surface appears overwhelmed by these creatures covering the landscape. Boulders of rock appear to resemble a carcass laid out on the face of the mountain.