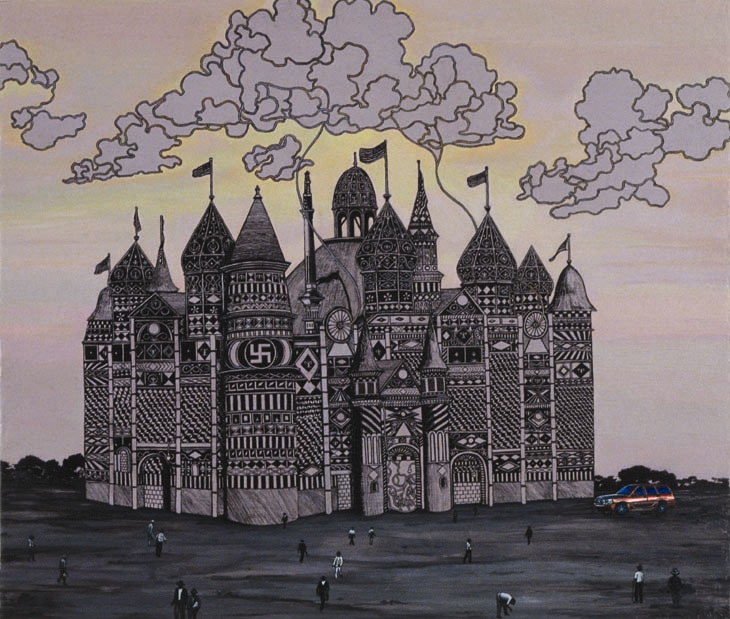 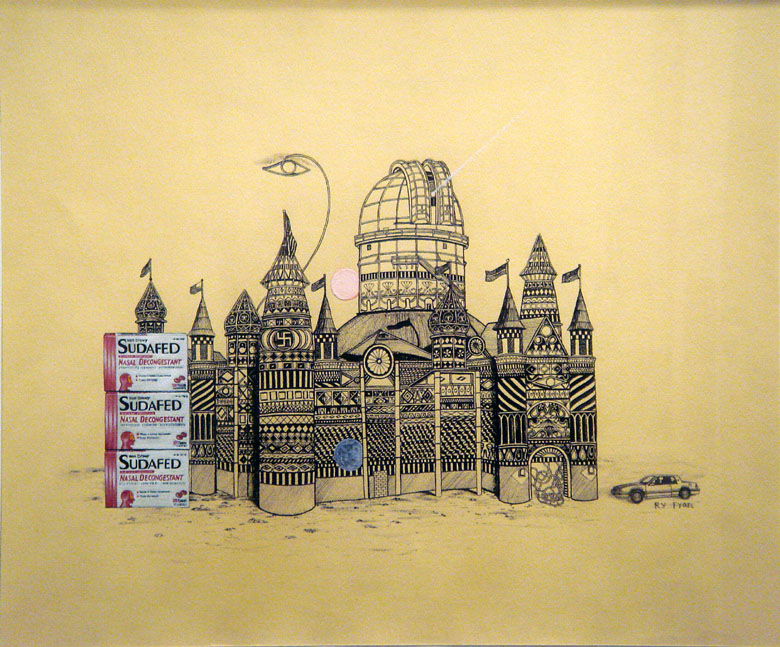 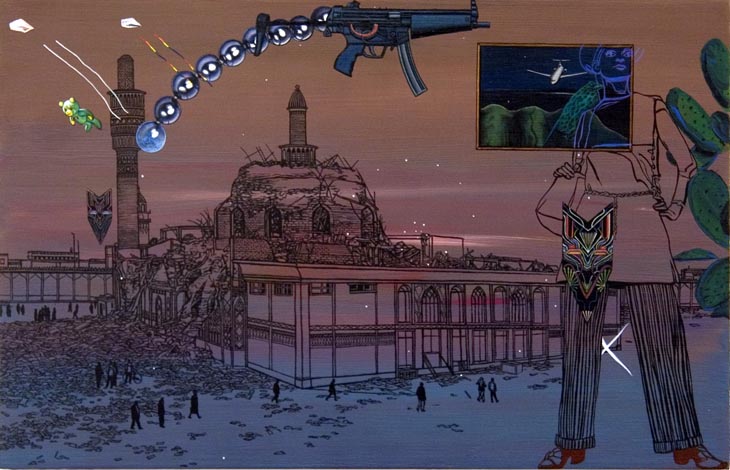 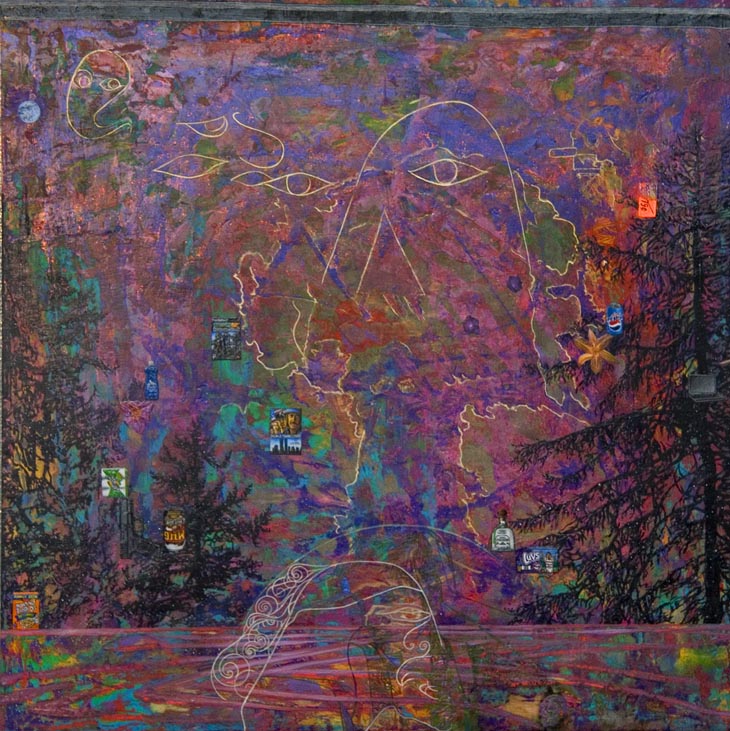 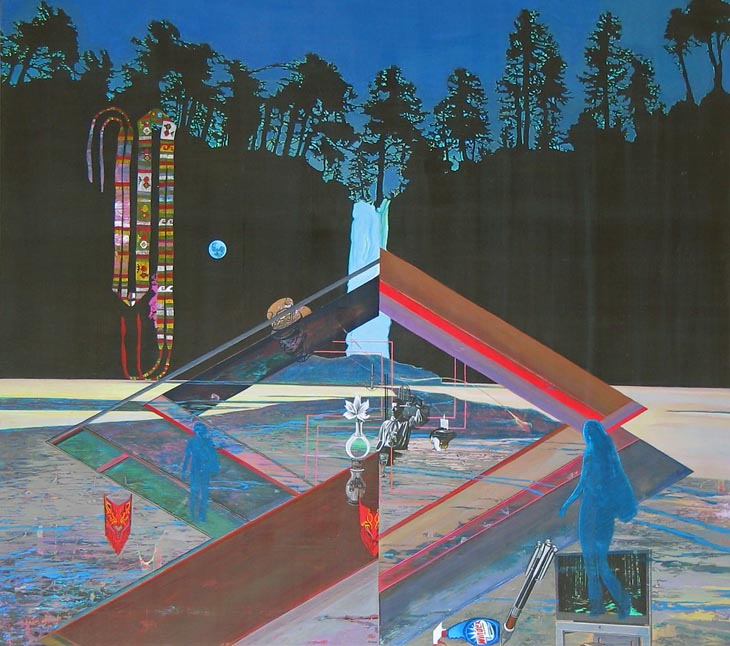 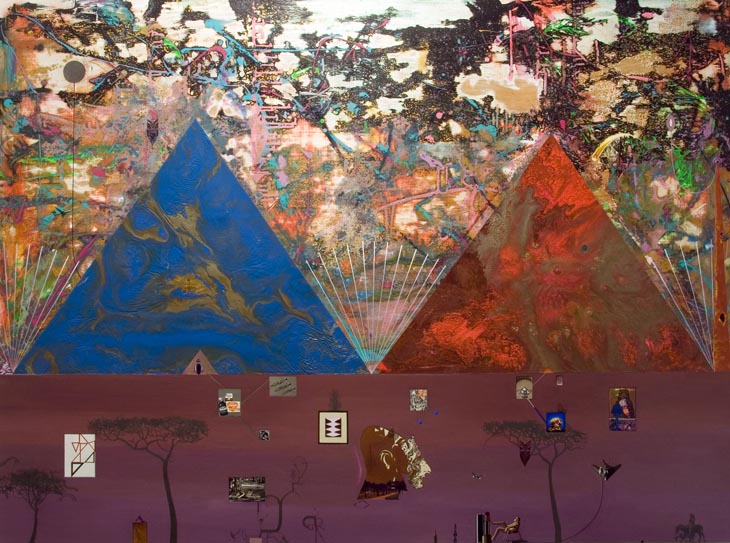 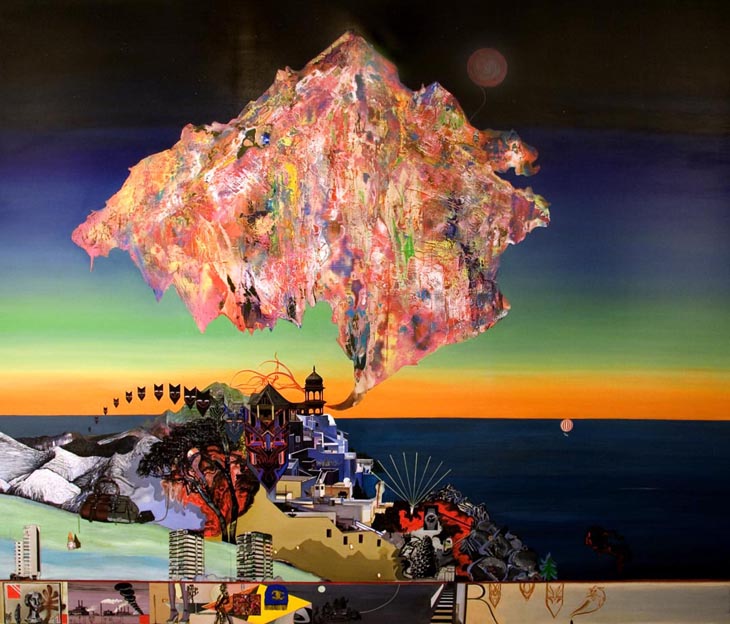 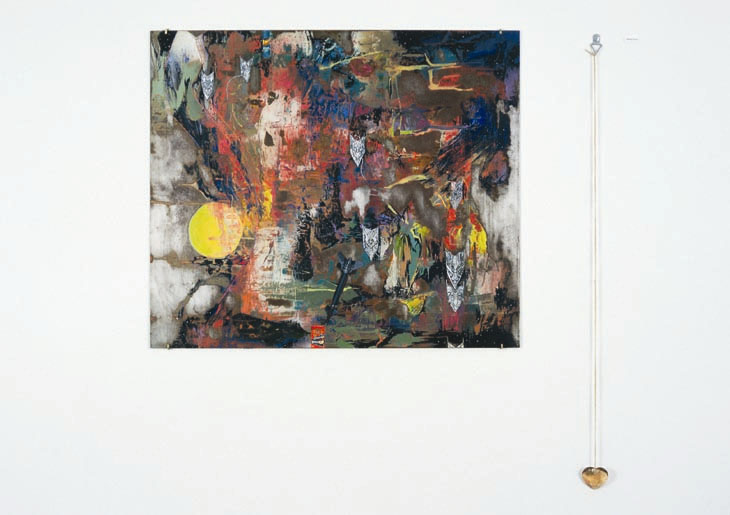 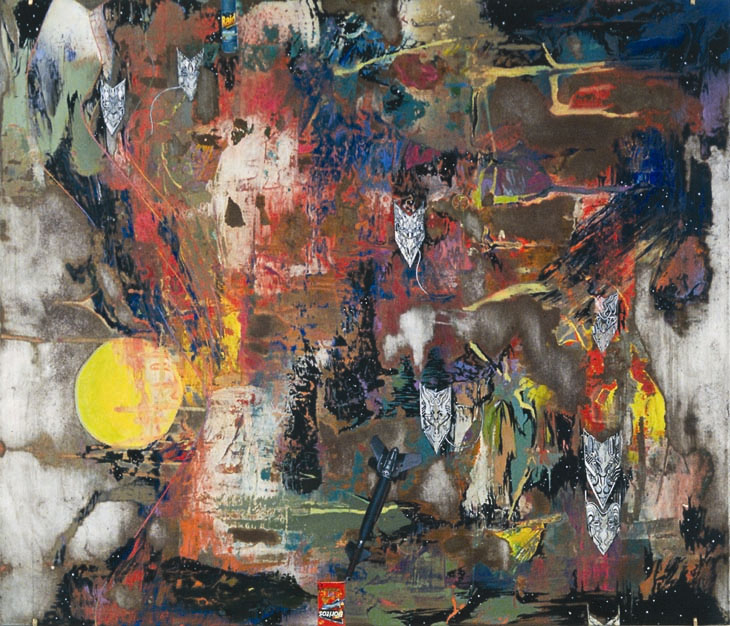 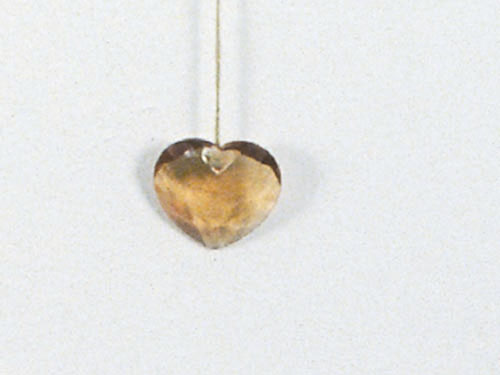 Ry Fyan’s dystopian architectural fantasies have all the complexity and meticulous visual invention of, as the artist puts it, “drawings on a notebook from childhood.” Improvisational in method, yet drawn from a number of remembered sources, Fyan’s drawings represent a bleak vision of American power. In The Metropolitan Meth Silo, a many-turreted castle, US flags flapping from its pinnacles, crouches on the horizon against a sickly sky. Small human figures scuttle in its shadow, but there’s no sense of the building being enterable; its grand arches seem bricked-up, a vision of authority at odds with the world around it. The drawing’s title makes some unnervingly jarring references to the Metropolitan Museum of Art in New York and the epidemic of methamphetamine abuse in America, the juxtaposition calling upon different structures of power in its feverish collision of signs.

The image’s original source, a 1903 photograph of a ‘Corn Palace’ in North Dakota – a huge temporary structure built annually of dried corn, made to celebrate agricultural abundance – gives the image its densely worked patterning and alarming swastika (actually a Native American symbol, but its resonances would be hard to miss). As in Fyan’s Hood Rich, the iconography of American power appears to have created its own enclosure – it’s both fortress and prison. A stack of Sudafed boxes (their contents the raw material for making meth) epitomize Fyan’s vision of the rotten heart of corporate America; the drawings’ dreamlike specificity and imaginative glee saves them from dogma.

Ry Fyan
The Reason Why So Many Things In This Life Are An Outrage Is Because You're So Gentle, 2007
Acrylic and enamel on panel
50.8 x 50.8 cm

Ry Fyan
The Reason Why So Many Things In This Life Are An Outrage Is Because You're So Gentle, 2007
Acrylic and enamel on panel
50.8 x 50.8 cm