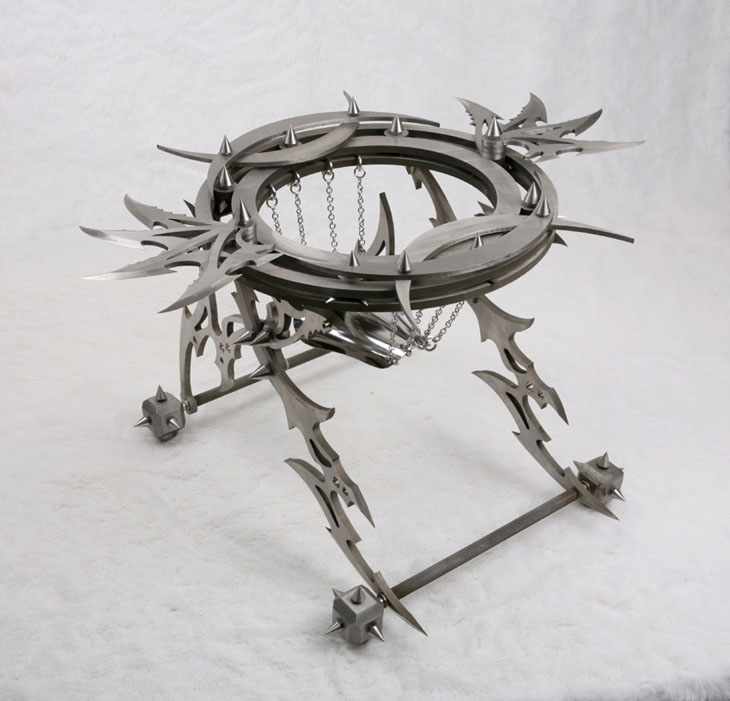 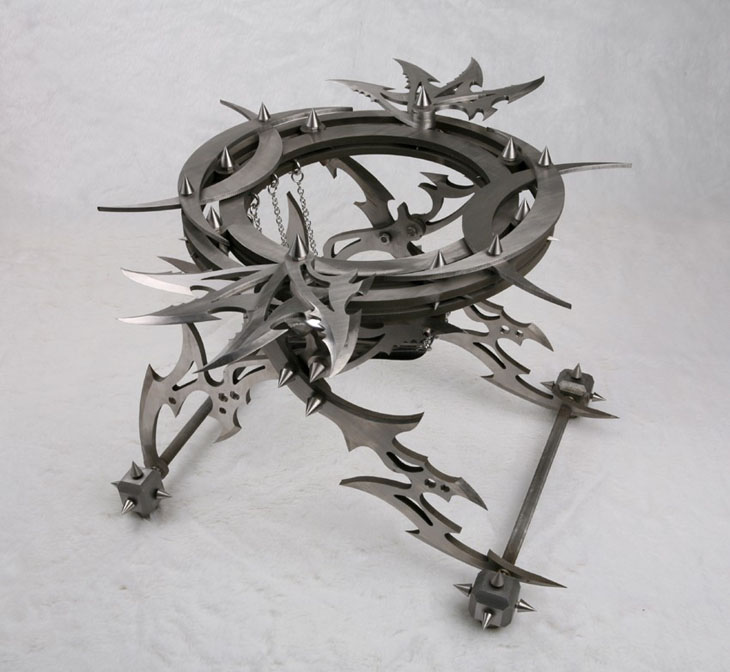 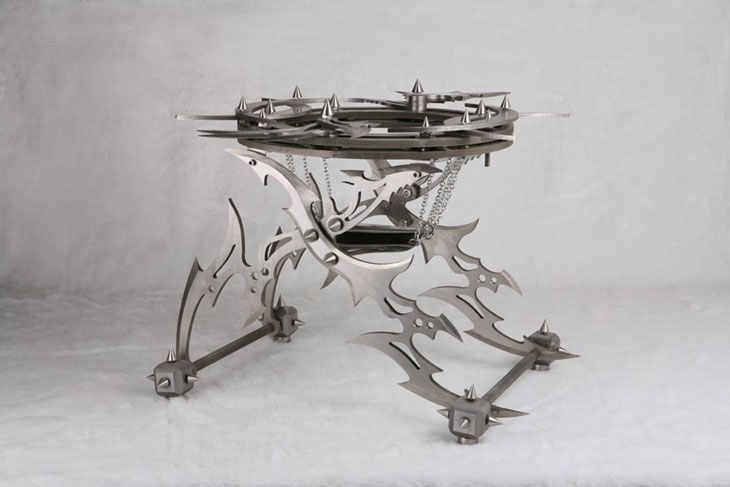 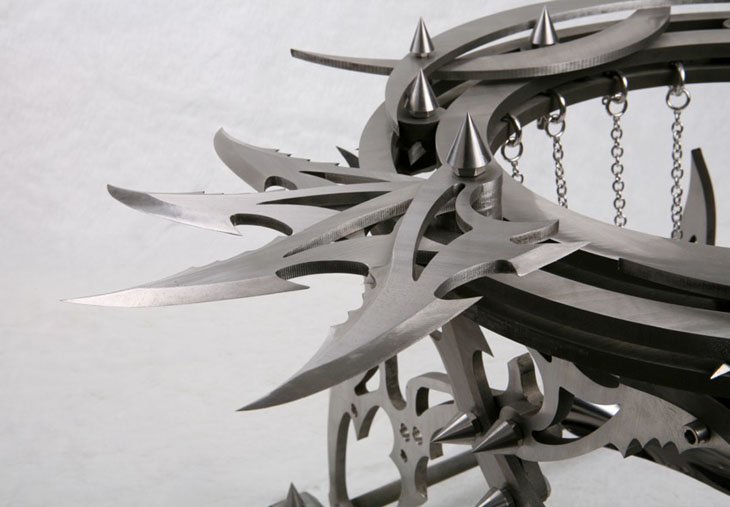 In Chinese lore Na Zha is the militaristic child god of pranks renown for his penchant for violence and cunning mind and revered for ’power dressing’ with his flaming trousers and fireball feet; he is now most widely associated as the patron saint of lotteries, gambling, and the high life, and as the star of a children’s animation series. In Shi Jinsong’s Na Zha series, this dubious character is humorously reinvented as the new face of Mothercare with a range of deadly baby products. With its executive stainless steel design the Na Zha Walker offers everything a little tot needs for a future in negotiating a global economy: an early appreciation for the aesthetics of industry, razor sharp ’bargaining’ skills, multi-functional switch-blade gadgetry, and it’s narrow enough to race through any doorway.
×