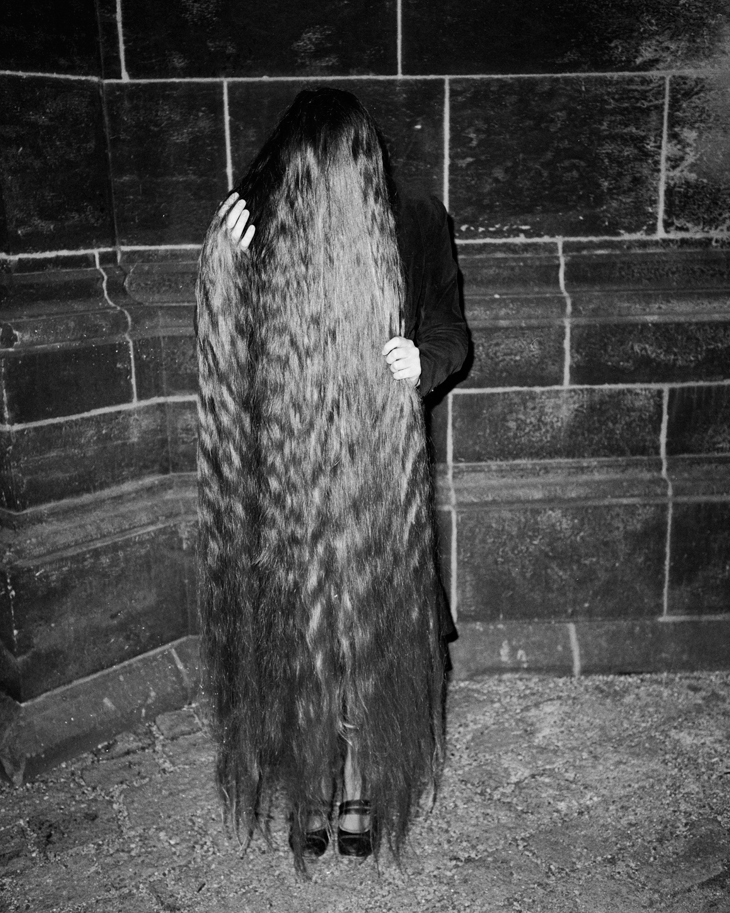 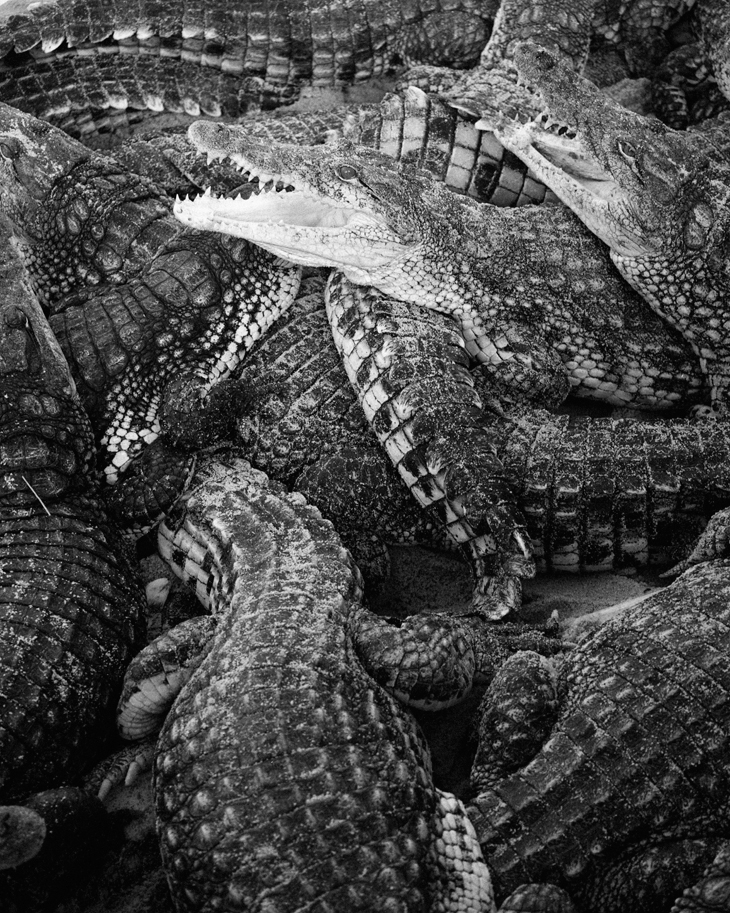 To make photography startling in a culture saturated with the photographic image is Tereza Zelenkova’s - as every photographer’s - particular challenge. Her approach is to draw from the estrangement of image and subject familiar from Surrealist photography: to dismantle the photograph’s claims to truth, to complicate the act of looking. Take her photograph Cometes (its title referring to the Greek term meaning both ‘comet’ and ‘long-haired’): the stark flash associated with paparazzi photography, its hard light a way to render every blemish visible in the gloom of night, has been applied to an image of concealment, of invisibility.

Standing at the corner of a church in Prague, a girl runs her fingers through her very long hair, which nearly sweeps the ground. The hair takes on its own spectral life (the church architecture and implied graveyard adding supernatural resonances to the image); it might be an embrace between a human and a ghost. Zelenkova’s work Crocodiles turns the photograph against itself in a similar way. Taken on a huge chicken farm in the Czech Republic (the artist’s homeland), the image depicts crocodiles used as a cheap way of disposing of unsellable chickens. The image elides its context, though, filling the frame with the piled-up bodies of the animals, whose complex scaling creates a kind of swirling abstraction. The black and white film transforms the crusty skins of the creatures into dusty stone. The act of photography is, here, a kind of Medusa’s gaze: the world seems ancient, mythic, and troubling.