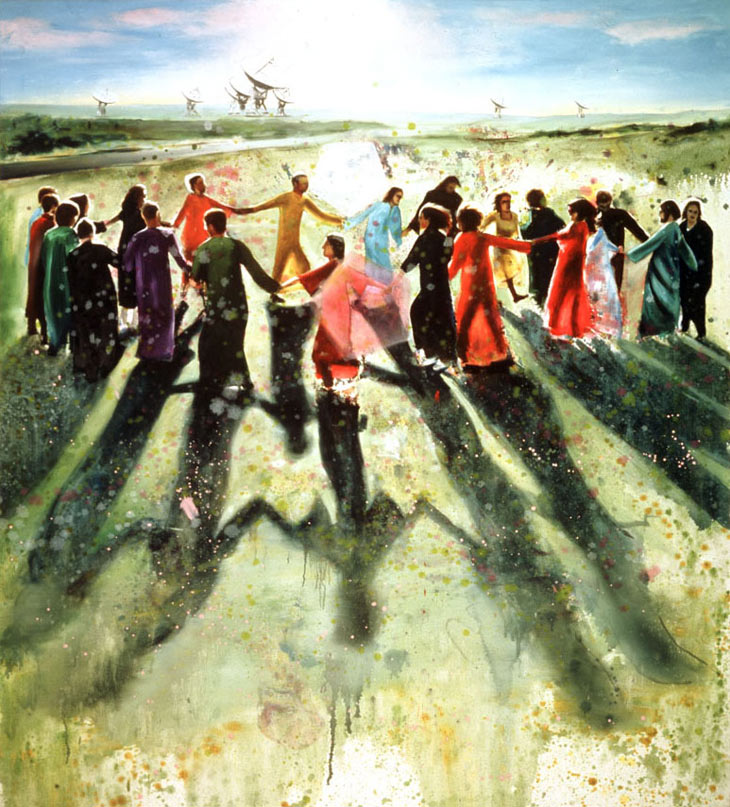 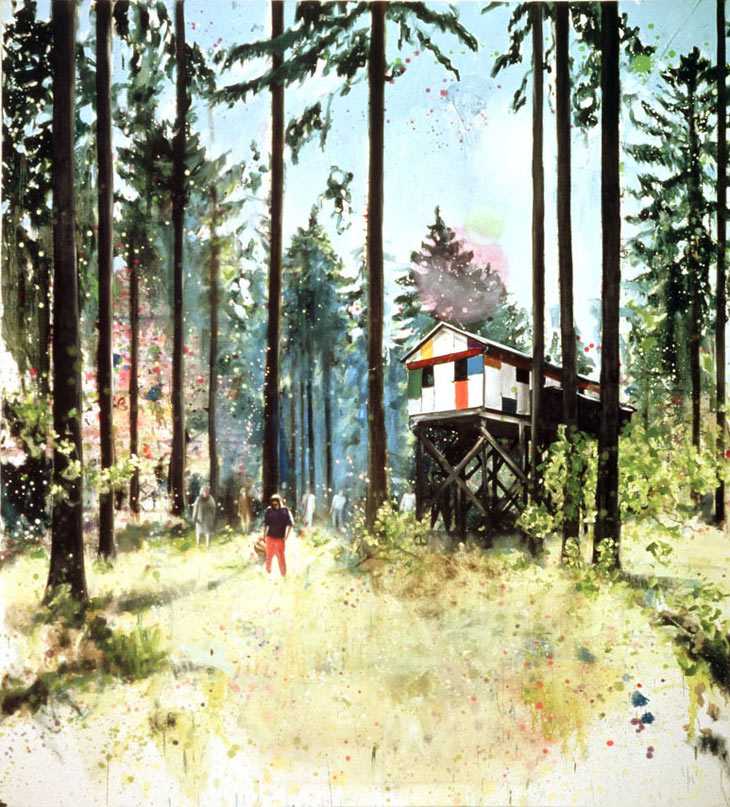 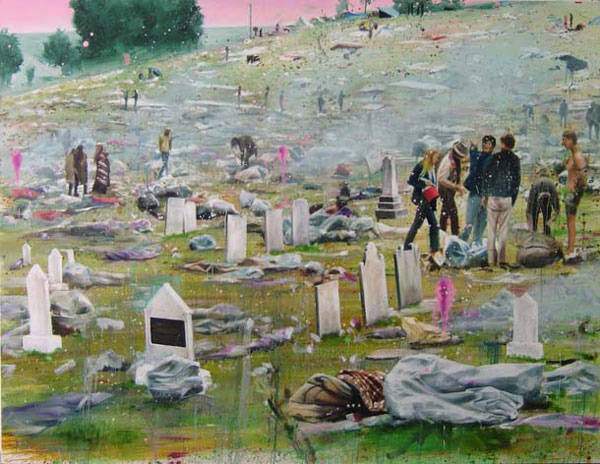 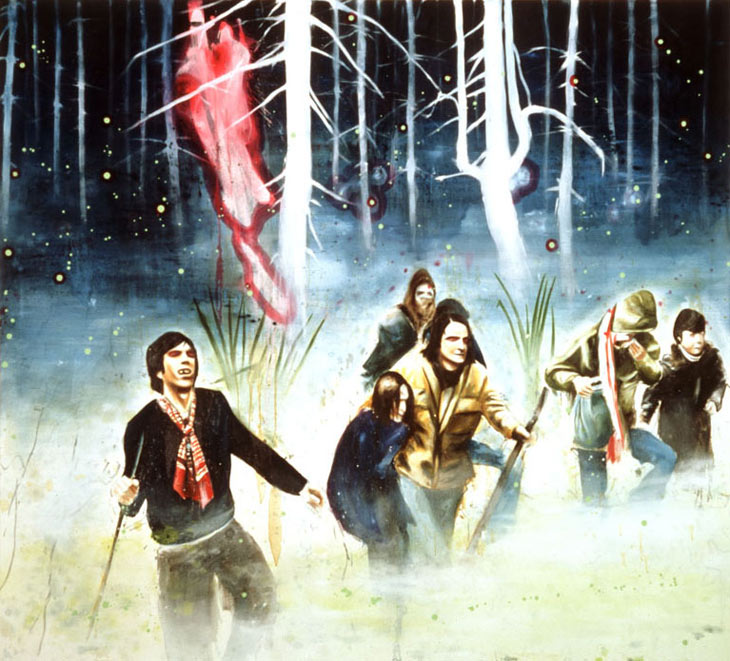 Till Gerhard’s epic scenes of rural community are painted with supernatural intensity, alluding to a disquietly sinister corruption of utopia. In Das Wir Gefuhl, Gerhard paints a coven of robed worshippers in ritual dance; oil wells dot the background like religious totems. Bathed in blinding celestial light, the figures haloed in salvation cast telling dark shadows. The surface of the painting is be-speckled with divine aura, infusing the scene with a joyous mysticism. Each beam of light has the effect of floating out of the canvas, embracing the viewer in its contaminated warmth.

In Walden, Till Gerhard explores the conflict between man and nature in visual terms. Gerhard renders the spiritual milieu of the landscape with painterly mysticism. The trees, towering to celestial heights, give the illusion of supporting the washy ground from above as if the scene were suspended from the sky, while delicate spills of colour seduce with an ethereal glow. Heavy brushwork stands in stark contrast to the bewildering flourish of drips, splashes and smears; light is conceived as spectral hues, giving the canvas the illusion of radiating from within. The geometric form of the cabin is made to seem alien in this seraphic setting, its presence exuding an intrusive anxiety. In the distance, ghost-like figures mill about, lost in their Thoreau-inspired quest for enlightenment.

Picturing scenes of subculture, Till Gerhard's paintings both celebrate and question the politic of self-defined community. In Dawn, the early morning remnants of a festival are captured with unsettling tension. Disenfranchised figures mill about in the aftermath, their youthful innocence corrupted by the inference of pagan ritual and the hangover buzz of overwhelming experience. Adding a supernatural element, Till Gerhard's tombstones become suggestive links between carnal and spiritual planes. Referencing contemporary media, Till Gerhard creates unease with current social values. Reminiscent of Super 8 film stills, Till Gerhard's 'photorealist' style is easily dissembled to a more malleable and revealing language of painting: forms lose their inferred solidity, while colours melt and overlap to create surreal lighting effects, making visible the taboo power of collective energy and desire.

Till Gerhard’s Irren is painted with the dramatic realism of a propaganda poster, picturing individuals’ plight against inconceivable threat. Gerhard renders this hysteria with chilling efficiency: his trees, like menacing voids, tear through the smothering blizzard; his figures are illuminated with apocalyptic light in their death march. From his horrific scene Gerhard draws a contemporary parable: of isolation, sectarianism, and depravity. He pictures a modern day expulsion from Eden, unnervingly referenced through popular culture and current events.
×