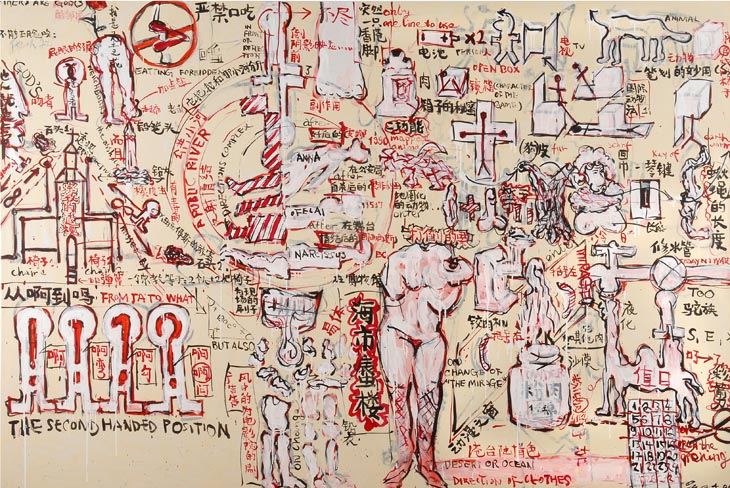 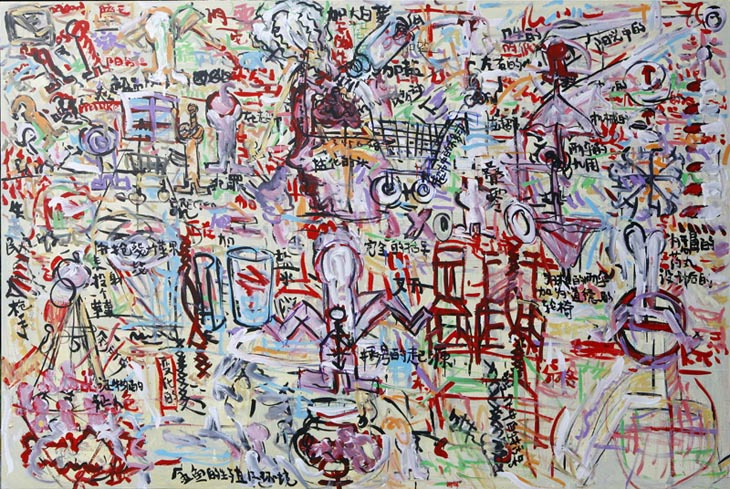 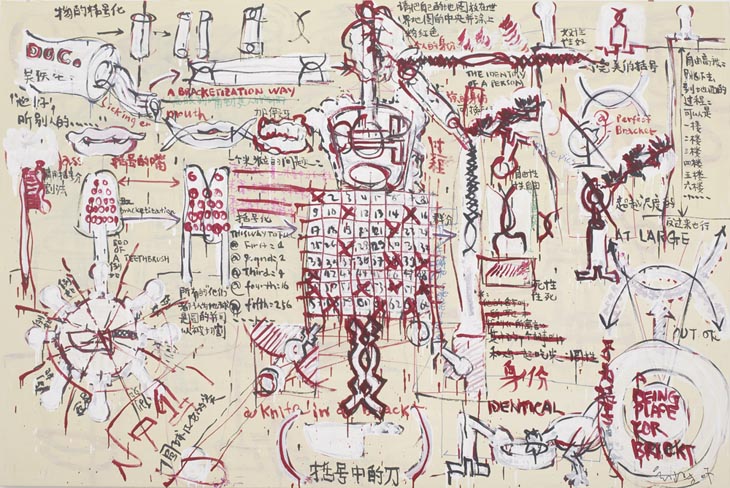 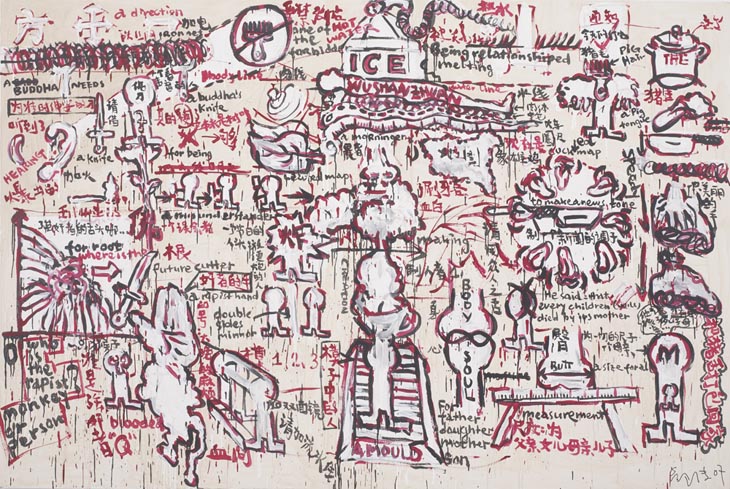 As one of the leaders of the Chinese Conceptual Movement in 1980s, Wu Shanzhaun was the first artist in China to incorporate textual pop references into his work. Wu’s pivotal 1986 installation, Red Humour International, laid the foundation for his highly idiosyncratic and sophisticated approach to painting, which forgoes image in favour of political jingoism, religious scripture, and advertising slogans.

Wu’s canvases appear as a combination of graffiti and expressionism. Rendered with painterly spontaneity, words, symbols, and diagrams battle for space in a virtual terrain between conveyed meaning and pictorial abstraction. Through the act of artistic negotiation, Wu’s texts become dislocated from their original context and stripped of their cultural signification. Reformed and repackaged as sumptuous fields of colour and texture, his mass media dictates are purified as empty lexicons for new usage and contemplation.

Wu’s unique process of painting as writing is exemplified in his Today No Water series. Conceived as a graphic novel, each canvas is a chapter of a continuous stream of consciousness narrative. These works don’t tell a story per se, but rather present a visual tension between fragmented phrases and images, culminating in dizzying compositions that map out free-style associations of ideas, references, and symbols.

Approaching the re-systemising of informational structures as an intuitive process, Wu reconstitutes the articulated design of print matter as chaotic overload, his bold logos and by-lines emerge as subconscious expressions, striving for intimate cognition. Muted washes, dabs of colour, hurried gestures, and wayward drizzles overlap, erase, and compete for perspectival hierarchy, suggesting an algorithmic order to the perplexities of individual identity and global communication.