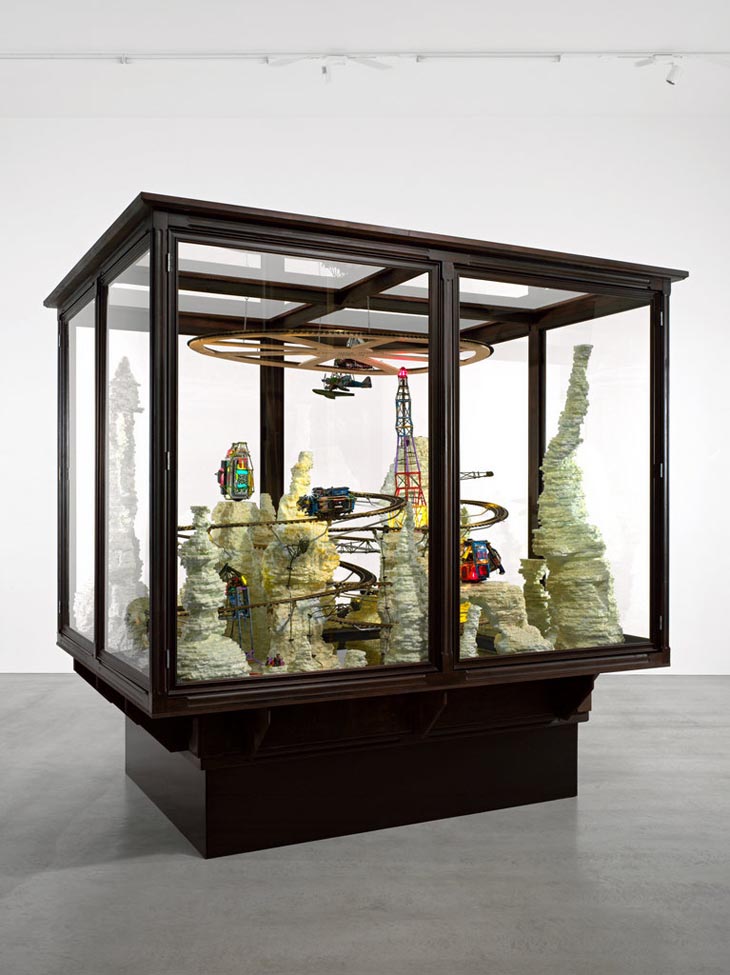 ‘With no memory of his former life, Dick Flash naturally rediscovers his affinity for physics, kinetic energy, and his predisposition for philosophical reflection. By repurposing found scraps of metal and steel, the skeletons of automobiles and locomotives that have somehow withstood civilization’s destruction, and random matter once considered waste that has ironically survived its very creator, Dick Flash fabricates a new iconography, commemorating his interpretation of an extinct empire and its tragically flawed constituents.’
×