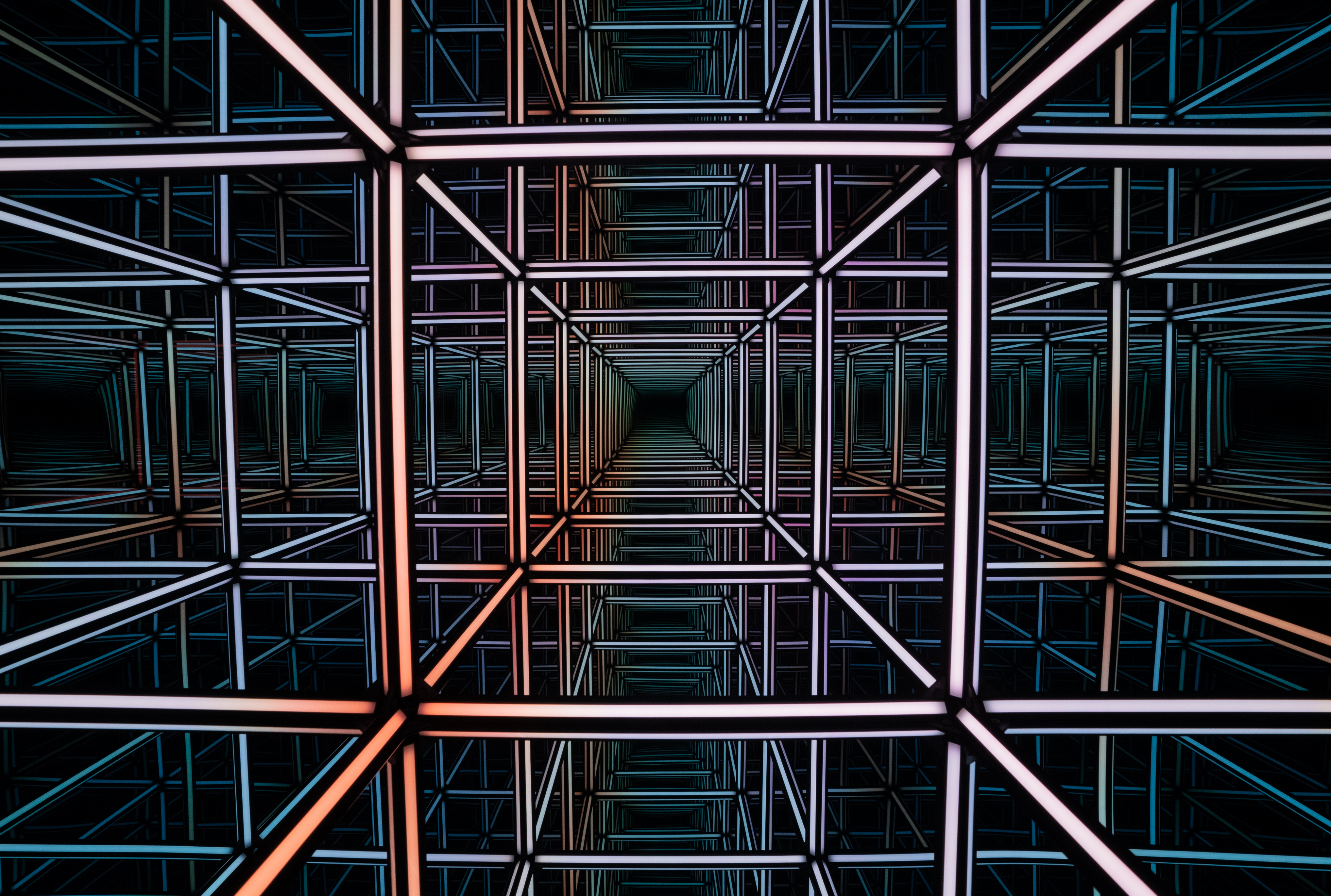 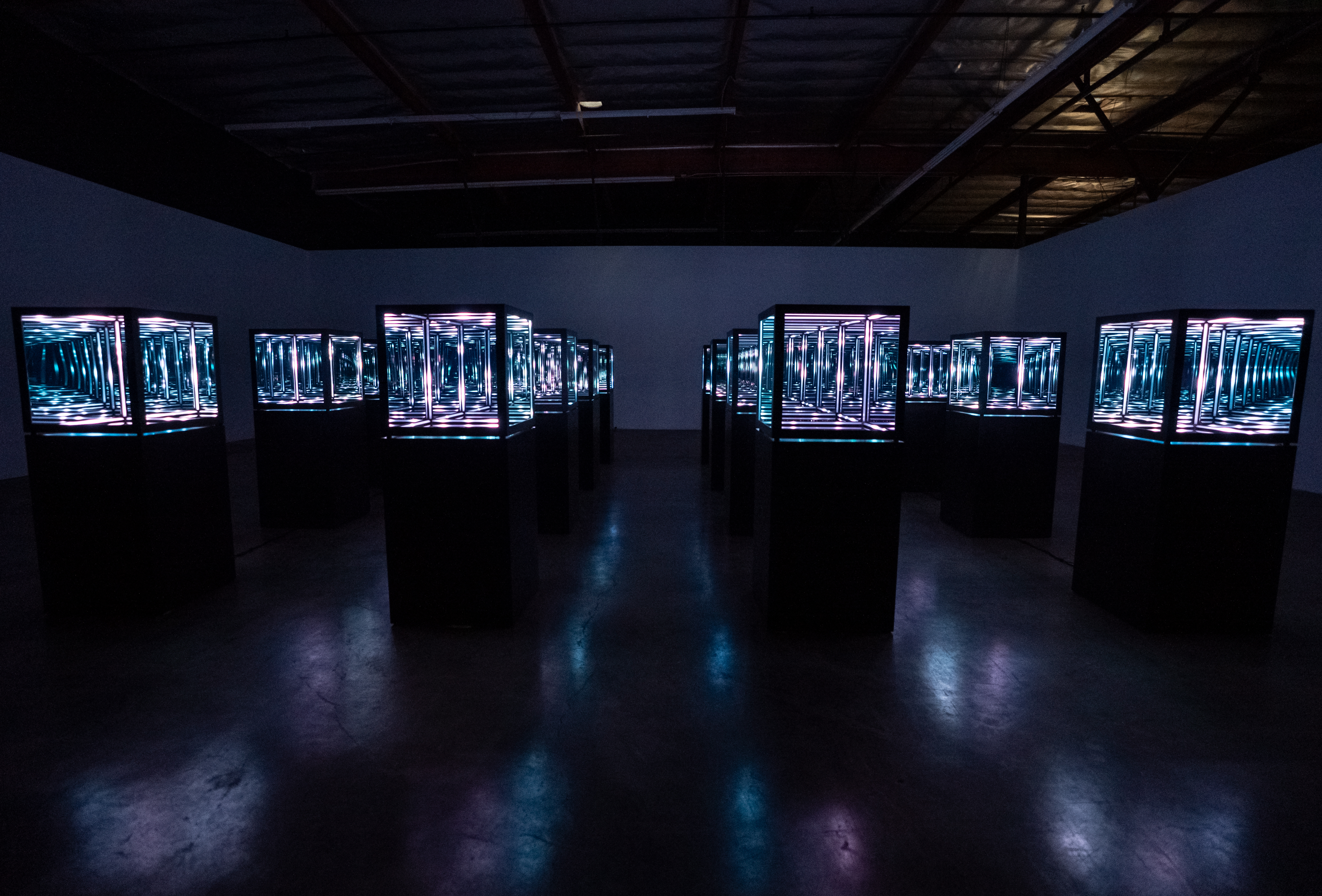 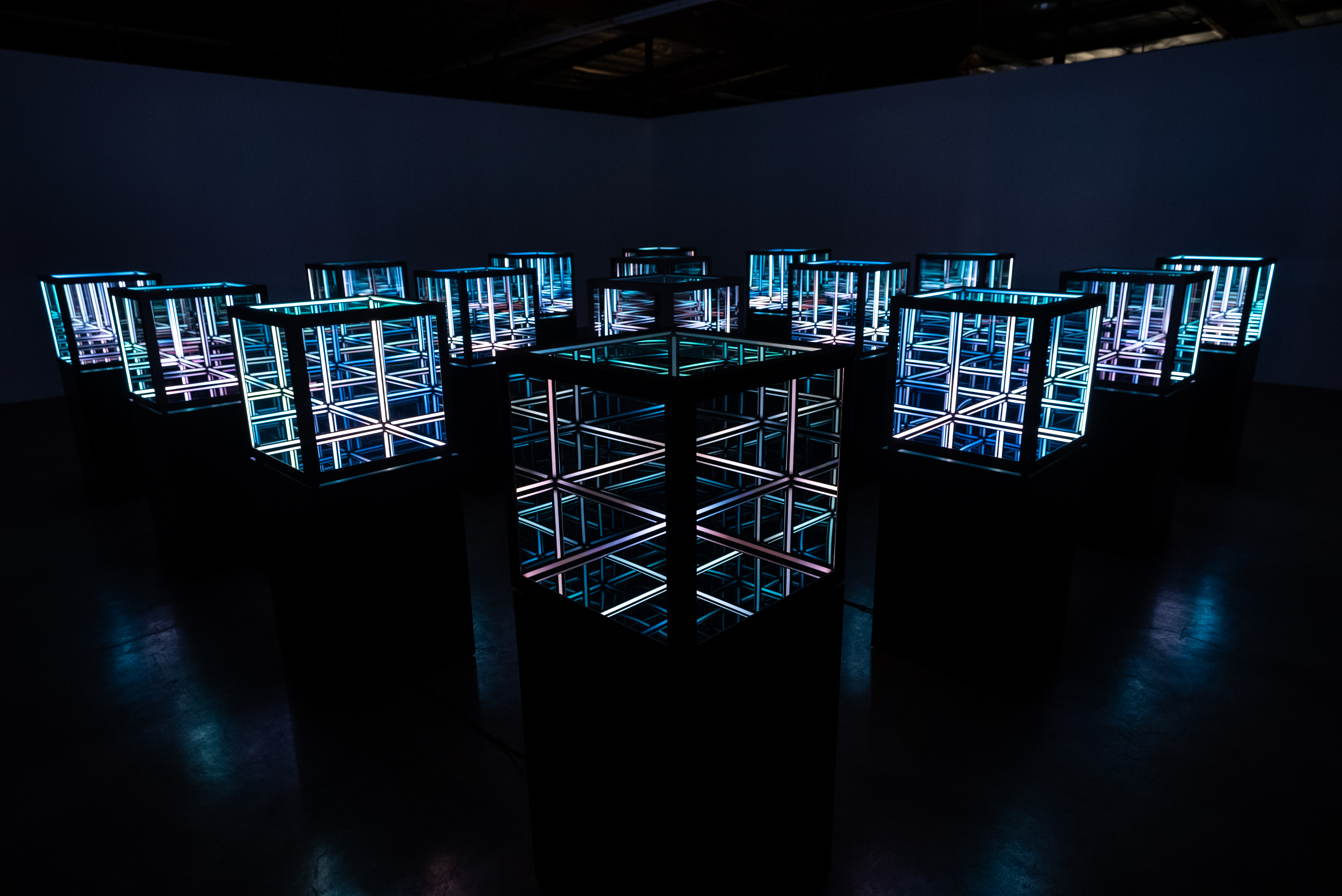 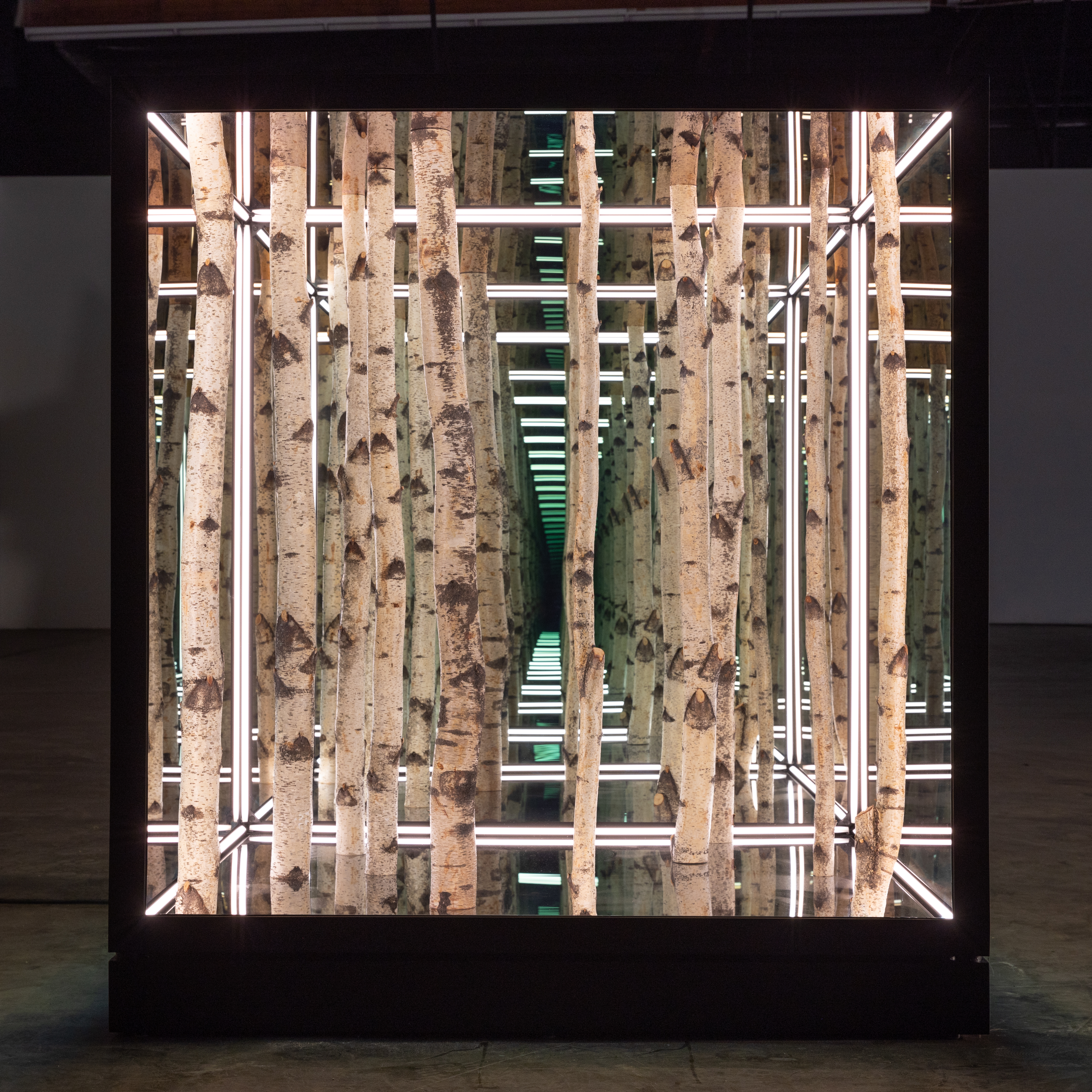 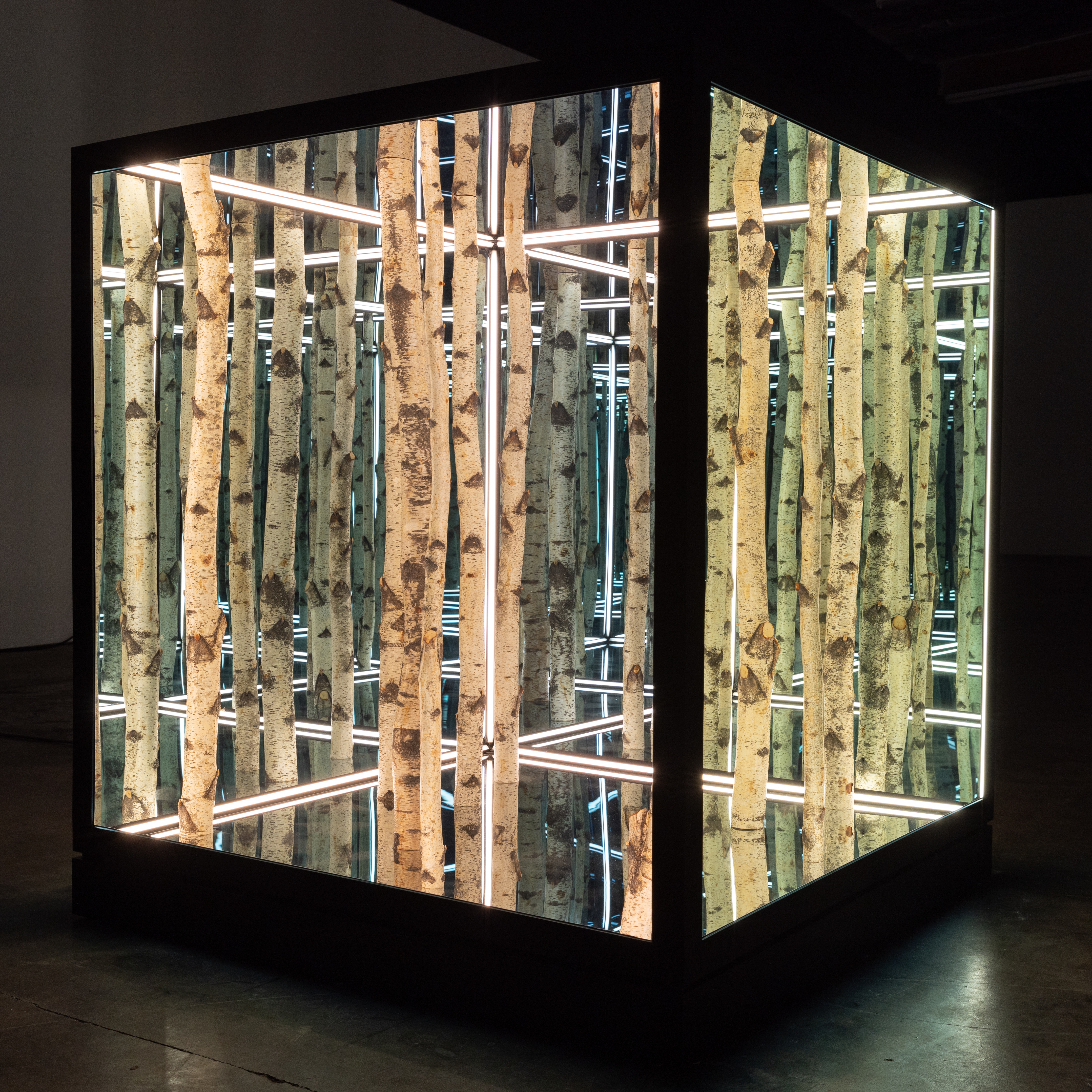 Using birch trees, mirrors, glass, metal, and fluorescent LED lights, James presents a sculptural series associated with magical symbolism, resulting in the illusion of an endless birch forest. By containing what is colossally vast into the infinitesimally small, the sculptures lead visitors into a meditative and limitless space to reveal the shared containment of nature – manifesting an individual's journey ‘through the woods.’

Infinite and mesmerising, the twelve cubes featured in the gallery space are connected via ethernet cables and controlled by one computerised ‘brain’ enabling them to mimic the interconnecting root structure of a birch tree forest.

Anthony James (b. 1974) is a multimedia visual artist concerned with the unity of consciousness across nature and the cosmos. Growing up in London during the vibrant 70’s and 80’s directly inspired his continuing search for order and developed his minimalistic and formalist working practice to explore the paradox of life and death through dazzling sculptures.