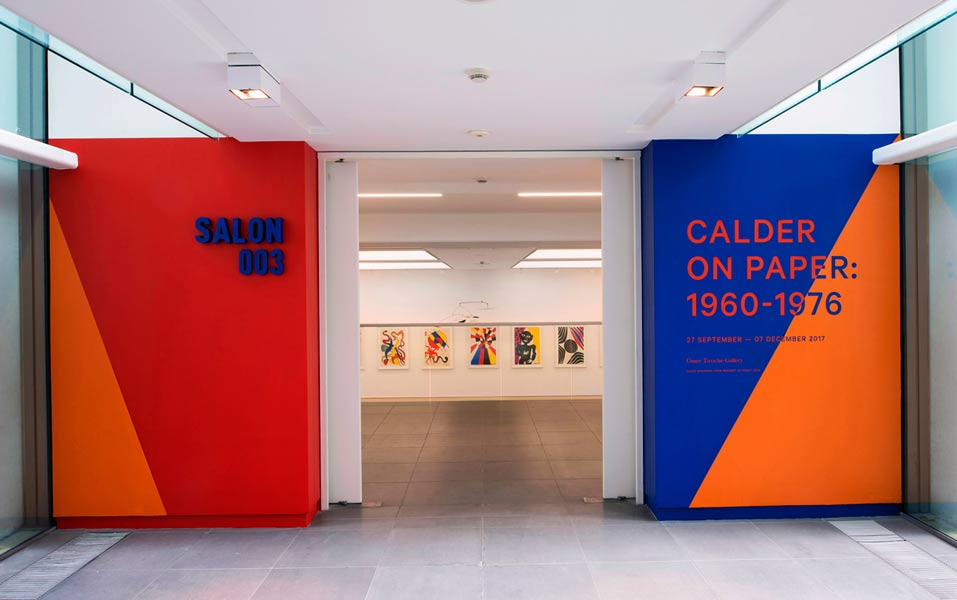 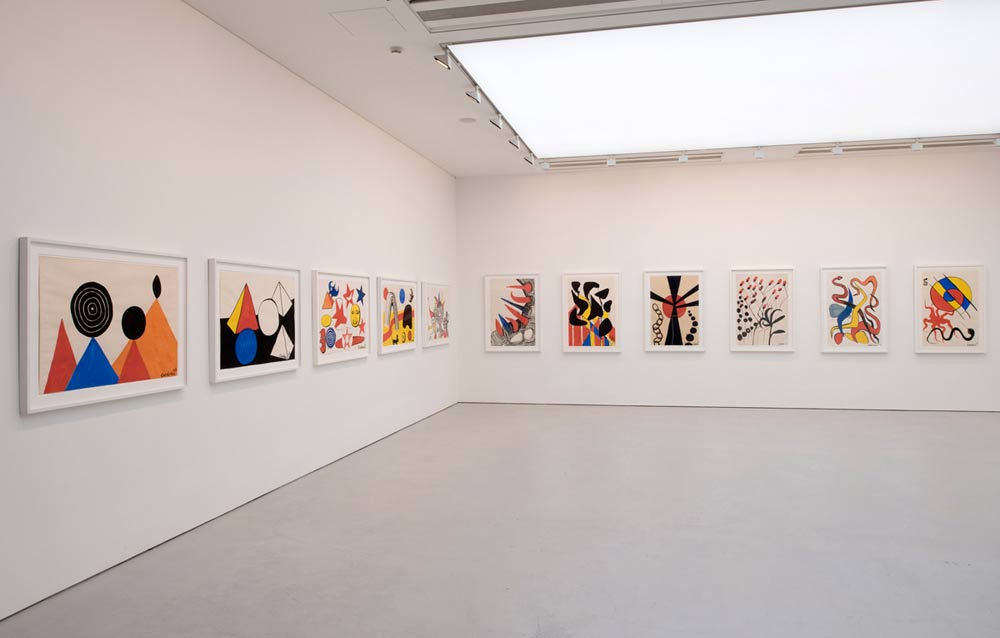 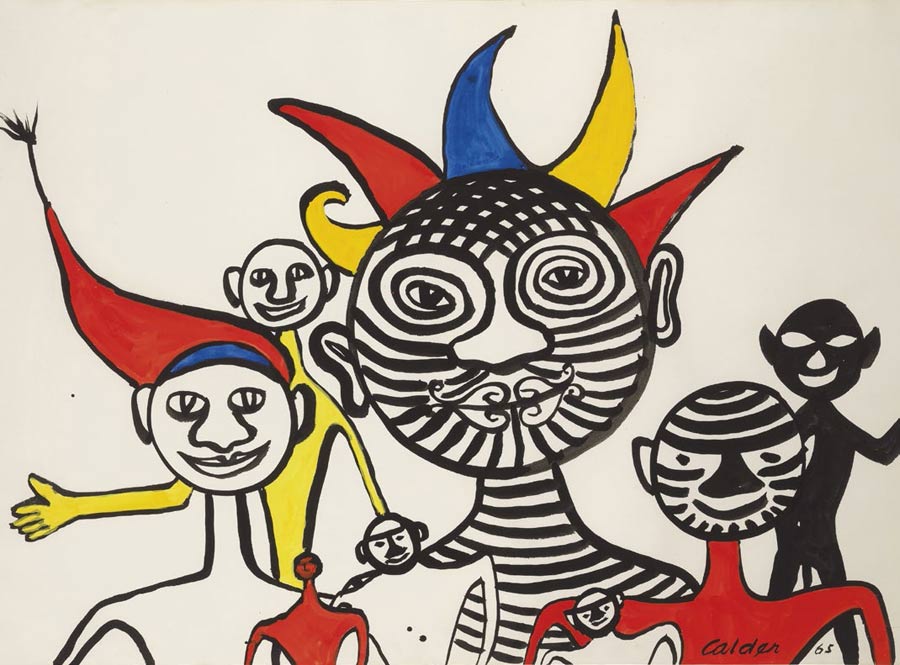 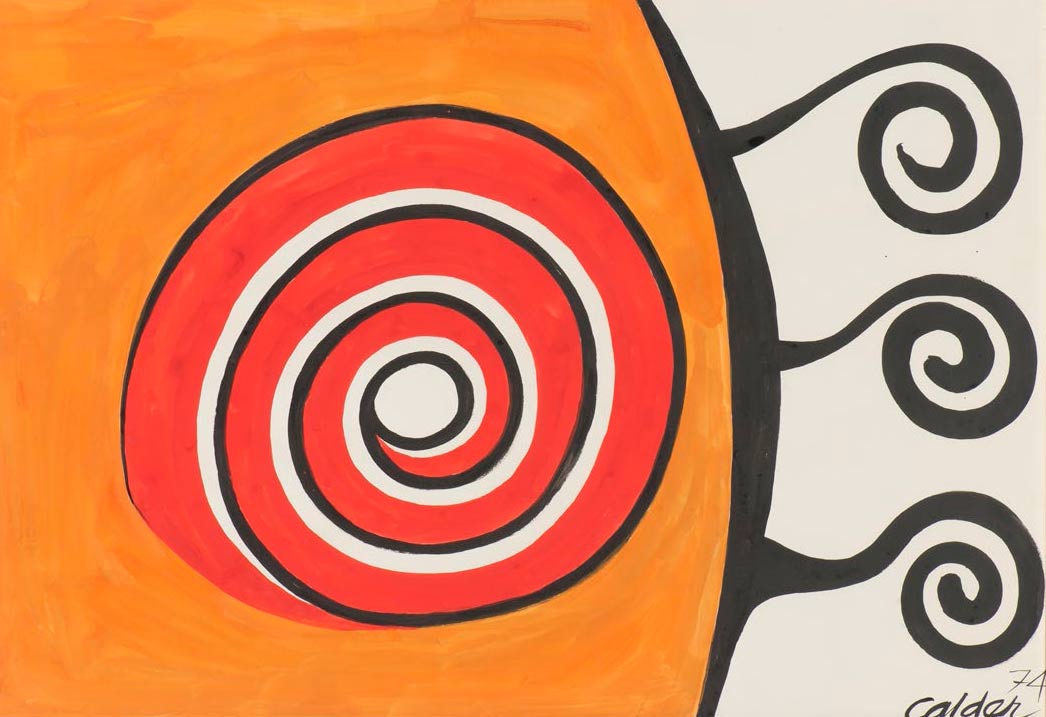 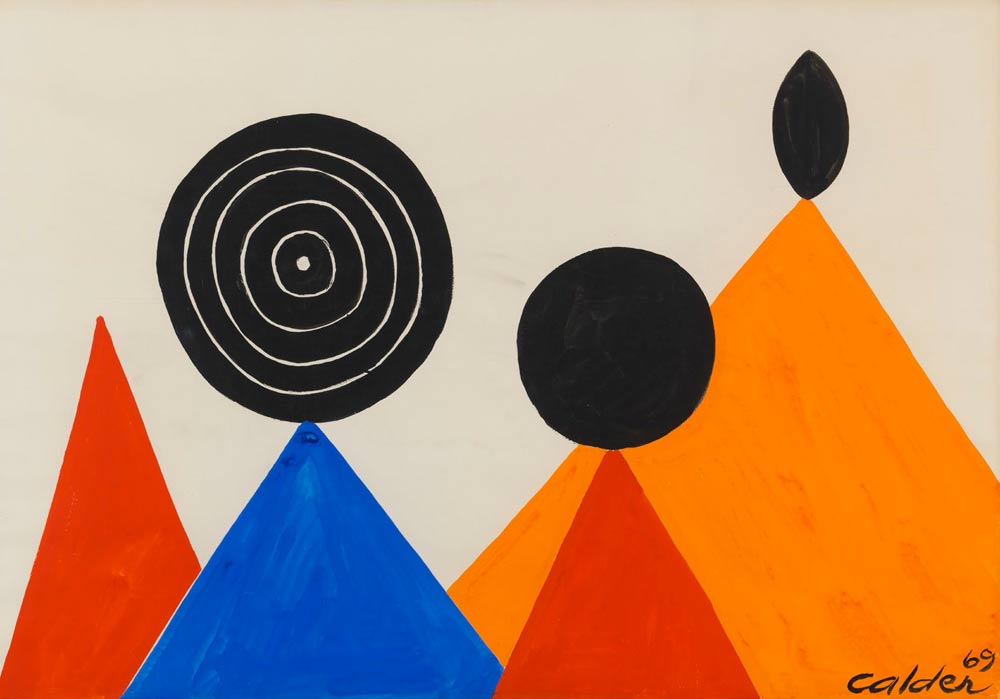 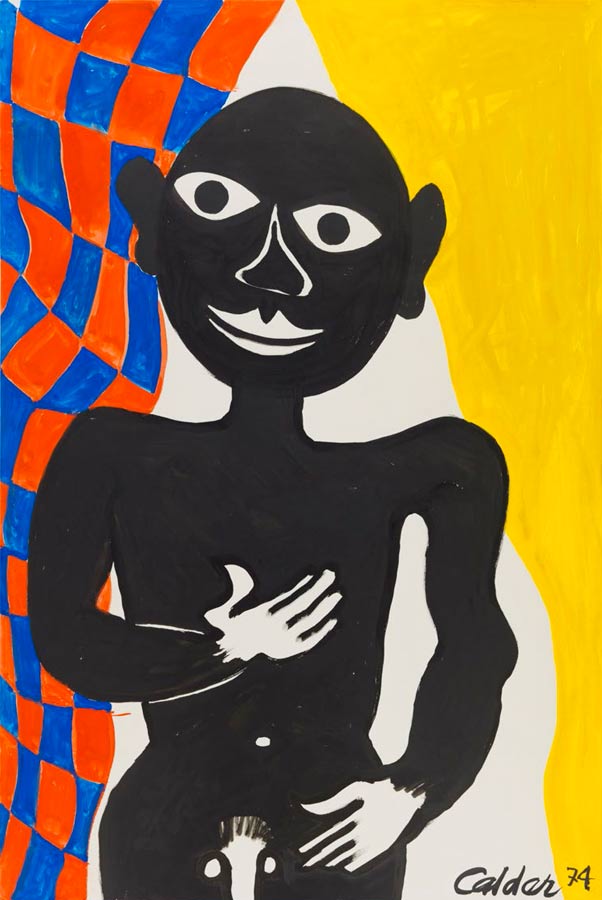 SALON, in collaboration with Omer Tiroche Gallery, is pleased to announce its third exhibition, Calder on Paper: 1960 – 1976, a presentation of gouaches on paper by the American artist Alexander Calder, opening 27 September, 2017.

Despite being most widely celebrated for his mobiles (also known as ‘drawings in space’), Calder (1889 – 1976) began his artistic career as a painter, developing his gouache technique in the 1930s while living in Paris. He preferred working with gouache over oil paint and watercolour because it dries more quickly, and for the medium’s opacity of colour. The works exhibited at SALON were made between 1960 and 1976.

Alongside this presentation, Omer Tiroche Gallery, Mayfair, London, will show a collection of earlier works on paper by the artist dating from 1939 to 1959 (2 October until 8 December, 2017). Exhibiting work from two separate periods of Calder’s career serves to create a comprehensive retrospective of his gouaches. It also ensures that a greater number of works will be on display across the two spaces – both familiar and unfamiliar to the viewer – which in turn greater elucidates Calder’s contribution to the development of modern art.

Calder’s gouaches were first exhibited at Kootz Gallery in New York in 1945, and were well received by critics, who called him ‘a possible rival to the likes of Klee and Miro.’ Calder maintained a sense of playfulness and humour throughout his career, often creating new forms and works by rearranging his extant visual vocabulary.

Taking certain aspects from his mobiles, such as ideas of kinetics and angularity, the works in gouache displayed at both galleries illuminate Calder’s celebration of nature. In particular, the exhibition of later works at SALON gives a glimpse of Calder’s personal observations and impressions of the solar system, the animal world, primitive civilisations and basic geometric figures such as spirals, circles and triangles.

From the late 1950s onwards, Calder created his most notable works on paper. His late-career focus on simplicity and immediacy and purity of colour, line and form firmly establish the gouaches as one of the most accessible bodies of works of the 20th century.

Says Senior Director, Saatchi Gallery, Philippa Adams: ‘We are delighted to be working with Omer Tiroche Gallery for SALON’s third presentation. Many know Alexander Calder is, of course, best known for his sculptural works, and it is fascinating to witness how these two elements of his practice fed off one another.’

American artist Alexander Calder, known as ‘’Sandy’’ to his wide circle of friends, was born in Philadelphia in 1898. He was born into a family of artists – his father and grandfather were famous sculptors and his mother was a painter. Art was part of Calder’s everyday life and he had his own studio/workshop from a young age. Calder studied at the Stevens Institute of Technology and Students League. His studies in engineering and physics and passion for kinetics and astronomy shaped his artistic career, which was in constant evolution with a complex weave of subjects and styles. Like the artists Joan Miro and Piet Mondrian from whom he took inspiration, Calder confronted conventional art styles to free painting and sculpture from their traditional constraints.

SALON, Saatchi Gallery’s new project space has been created to present the work of leading international artists who have had limited exposure in the UK. Located in its own self-contained space at the Saatchi Gallery, this new venture will collaborate with galleries and artists’ estates in selling exhibitions, and is directed by Philippa Adams, Senior Director, Saatchi Gallery. Calder on Paper: 1960-1976 will be on view at SALON from 27 September until 8 December, 2017. salon@saatchigallery.com
×