Yuri Kozyrev and Kadir van Lohuizen (NOOR) were awarded the 9th edition of the Carmignac Photojournalism Award dedicated to the Arctic. The endowment allowed them to carry out their pioneer double polar expedition 'Arctic: New Frontier'. 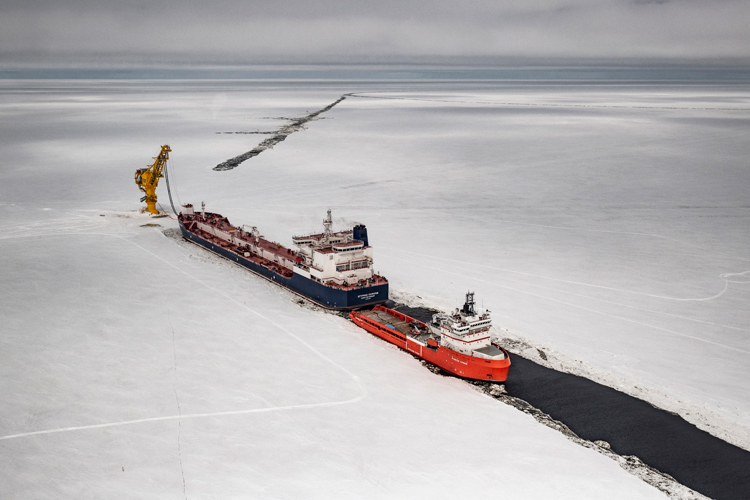 Yuri Kozyrev travelled the route of the Russian maritime ports of the Arctic, accompanying the last remaining Nomadic people of the region, the Nenets, during their seasonal movement known as transhumance. This was interrupted for the first time in the Nenets' history in 2018, because of the melting of the permafrost, and Kozyrev skirted the coast of the Barents Sea in the north of the country, and travelled aboard the Montchegorsk, the first container ship to use the Northern Sea route unassisted. He encountered people who had been made ill by nickel mining in Norilsk, and then travelled to Murmansk, where the first floating nuclear power plant is under secret construction.

Kadir van Lohuizen started his journey on the Norwegian island of Spitzberg in the Svalbard archipelago. He then followed the Northwest Passage, which is now the shortest route between Europe and Asia thanks to the melting ice. In Greenland, he met scientists who have recently discovered the existence of frozen rivers beneath the ice-cap, which are directly contributing to the planet's rising water levels. South of Cornwallis Island, off the coast of Canada, he lived in the small community of Resolute, which has recently been home to a training facility for the Canadian Army, as climate change has led to ever-increasing routes through the Arctic region.Finally, he travelled to Kivalina, an indigenous village on the northern tip of Alaska, which, according to current forecasts, will disappear underwater by 2025.

The forces of tourism, militarisation, exploitation of gas and mineral resources, and the opening of trade routes mean that the Arctic is today the site of clashes between countries and multinationals who are locked in a chaotic competition for control of these zones, which have taken on strategic importance in the history of humankind due to the effects of global warming

The photographs in 'Arctic: New Frontier' by Yuri Kozyrev and Kadir van Lohuizen are an alarming testimony to the speed of transformation in the region and the upheavals that are taking place on a global scale.

Yuri Kozyrev (Russia, 1963) has witnessed many world changing events. He started his career documenting the col- lapse of the Soviet Union, capturing the rapid changes in the former USSR for the LA Times during the 90s. In 2001, Yuri Kozyrev started to cover international news, working in Afghanistan and Iraq as a photographer for TIME Magazine. Yuri Kozyrev has received numerous honors for his work, including several World Press Photo Awards, the OPC's Oliver Rebbot Award, the ICP Infinity Award for Photojournalism, the Frontline Club Award, the Visa d'or News and the Prix Bayeux-Calvados, and was named 2011 Photographer of the Year in the Pictures of the Year International competition.

Born in The Netherlands in 1963, Kadir van Lohuizen started his carrier as a photo-journalist in 1988 by reporting the Intifada. During the mid-1990s, he has covered conflicts in Africa and the aftermaths of the dissolution of the Soviet Union. He is best known for his long-term projects documenting seven rivers of the world, which he roamed from source to mouth.

About the Carmignac Photojournalism Award:

In 2009, while media and photojournalism faced an unprecedented crisis, Edouard Carmignac created the Carmignac Photojournalism Award to support photographers in the field. Directed by Emeric Glayse, it funds annually the production of an investigative photo reportage on human rights violations and geostrategic issues in the world. Selected by an international jury, the laureate receives a 50.000€ grant, enabling them to carry out an in-depth research in the field, with logistical support from Fondation Carmignac. The latter presents a travelling exhibition and the publication of a monograph upon their return.

The 10th edition is dedicated to the Amazon and will address issues related to its deforestation. The laureate will be announced at the festival Visa pour l'Image, Perpignan, in September 2019.

From the April 13th till November 3rd 2019, the Fondation will present a new exhibition. 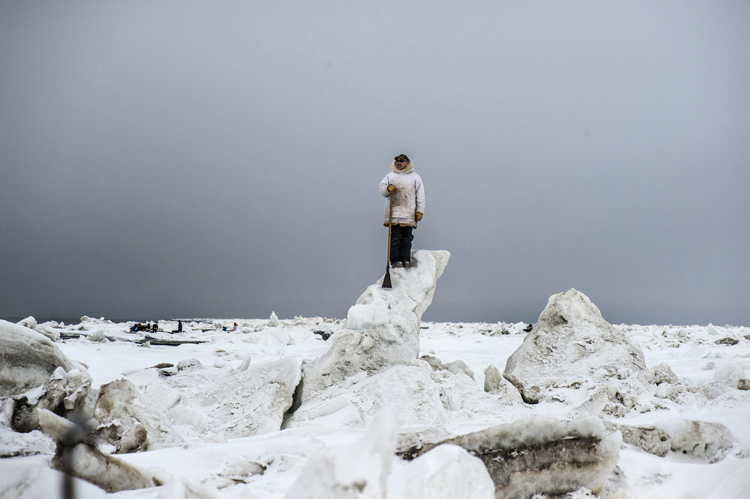