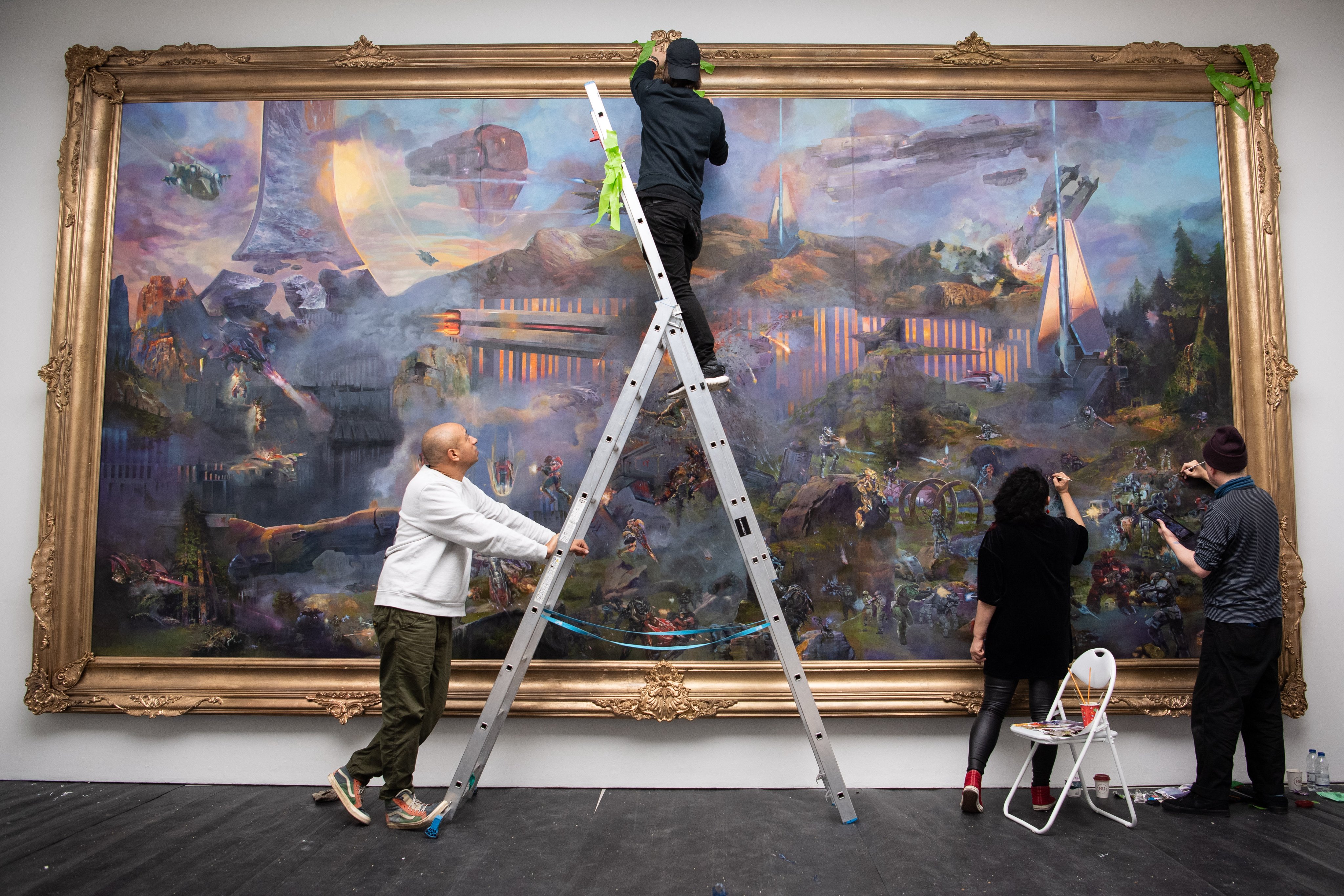 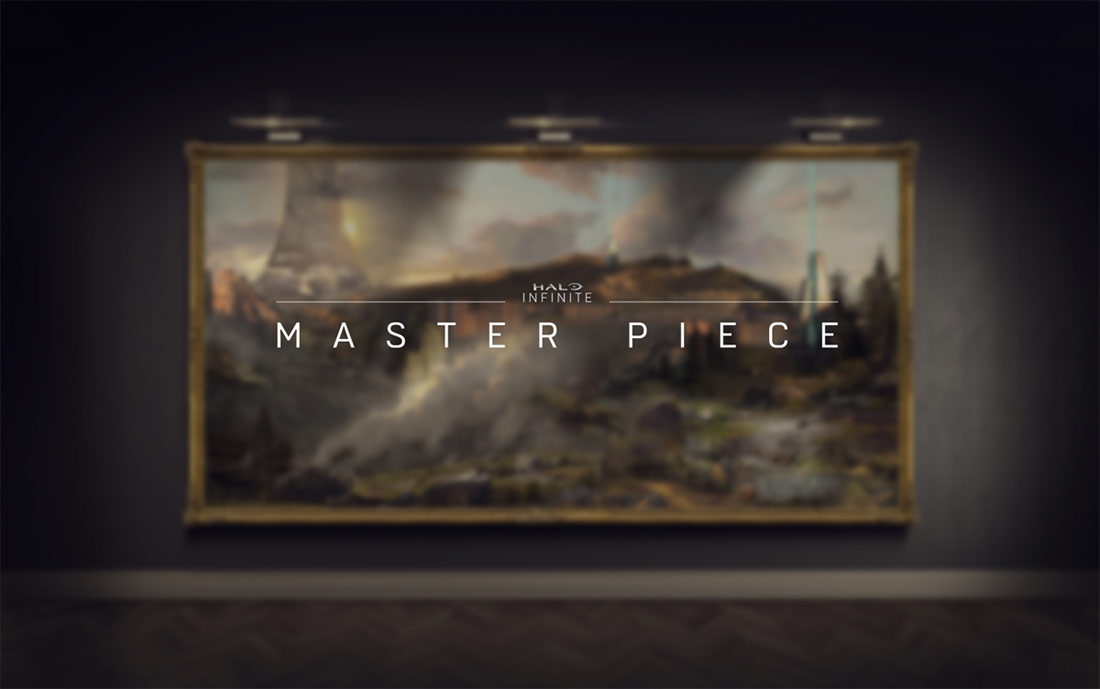 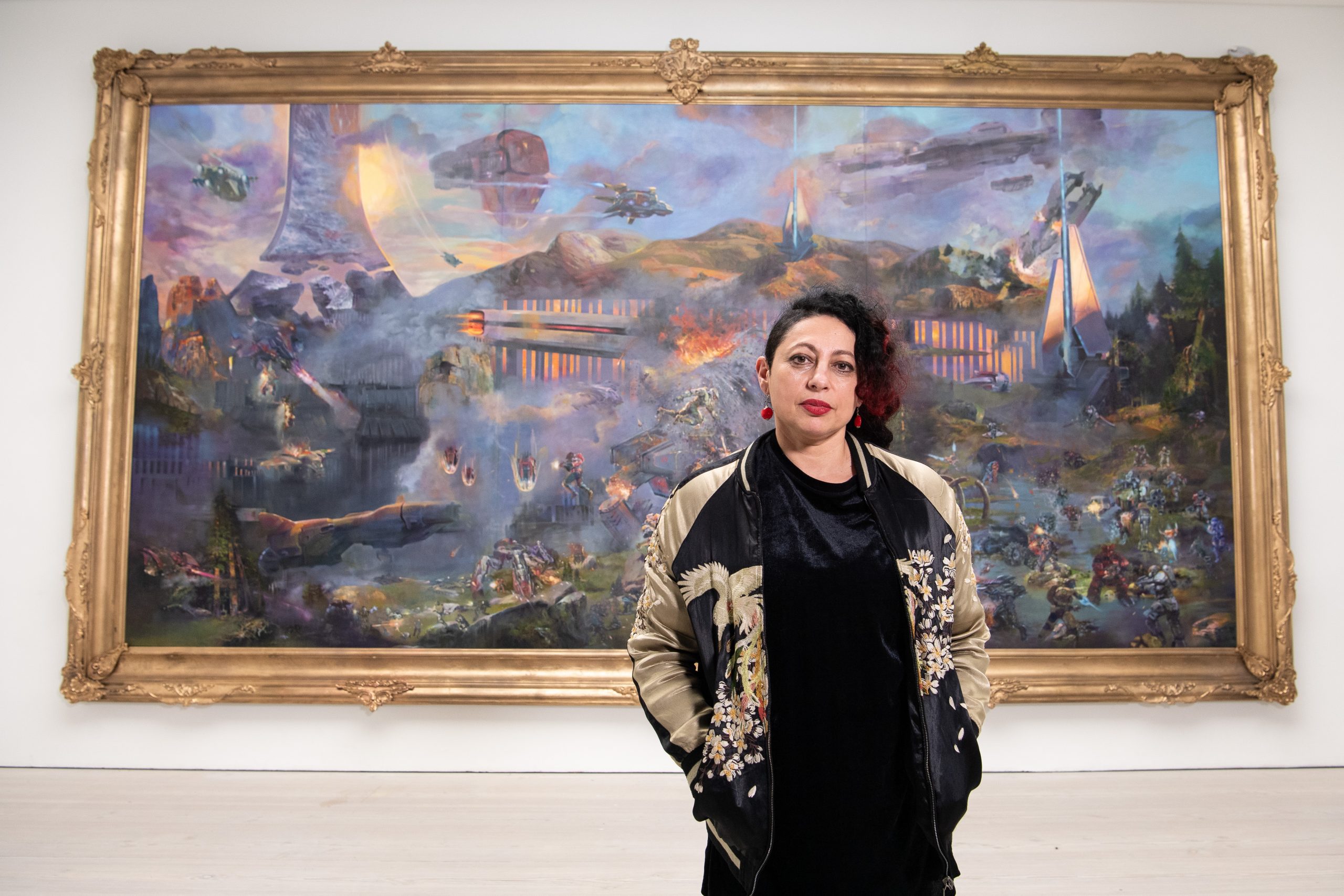 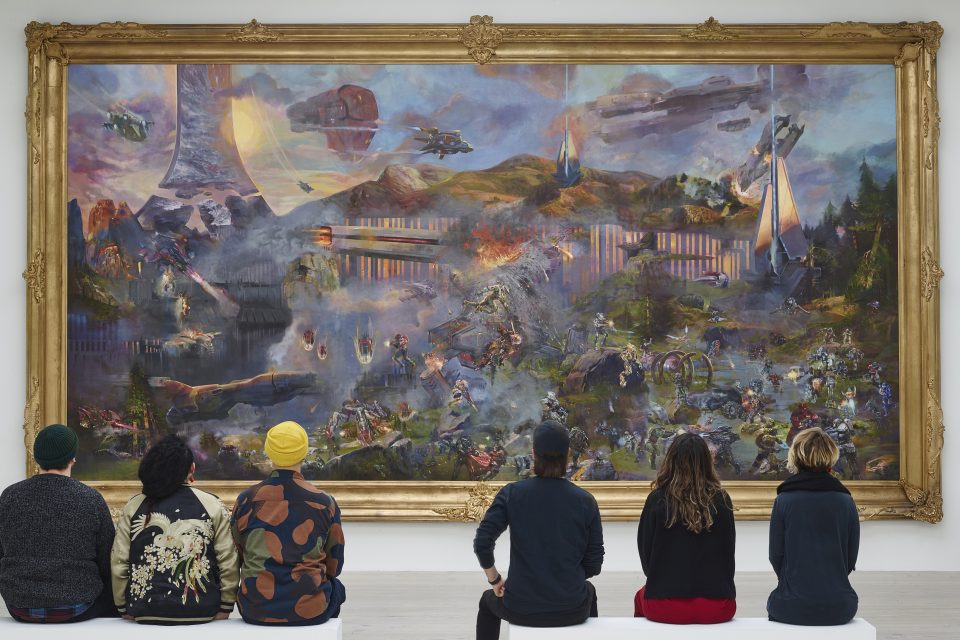 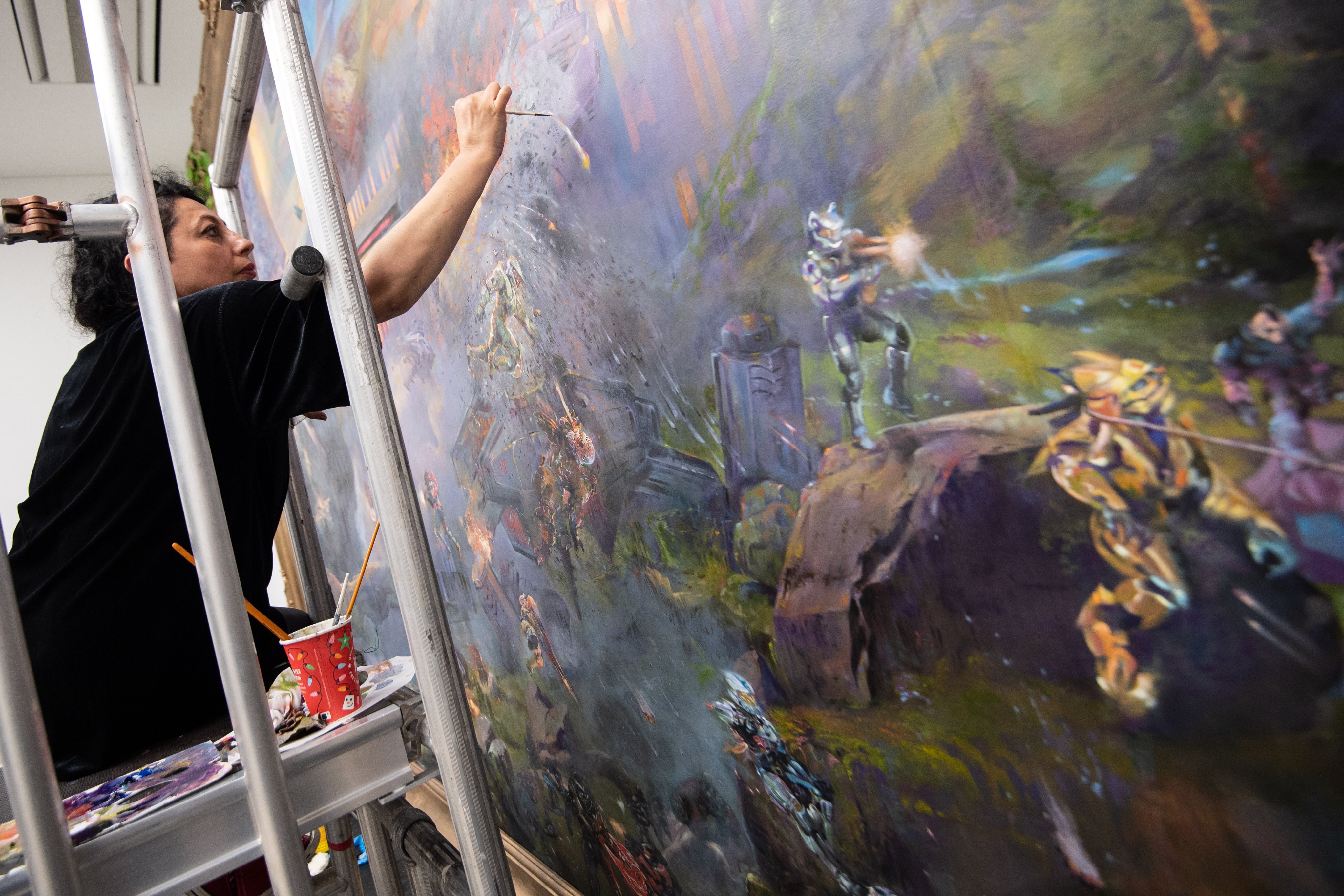 To mark the launch of Halo Infinite, the latest installment in the iconic video game franchise, an original epic, large-scale oil painting is on view in Gallery 4. Created by Iva Troj, the Brighton-based 2016 Palm Award Winner and 2019 CAF Artist Of The Year, the 6m x 3m canvas depicts in minute detail a scene inspired by Halo Infinite. The scene shows franchise protagonist, The Master Chief, locked in battle with his alien enemy: the spark of rebellion in the center of the painting ignites scores of battles nearby, as the Chief inspires the marines around him to become heroes.

The work was created in Troj’s Brighton studio using oil on canvas, with details and techniques that Troj is known for in her original works, which typically blend Renaissance and postmodern styles giving a dreamlike feel. Titled the ‘Master Piece”, playing on Halo’s lead character’s name, the piece elevates a decades-old cultural icon from pop culture to high culture, blending Renaissance art with cutting edge entertainment and reminding fans and new audiences alike that videogames are, indeed, works of art.

“I was challenged to create a work in my own style, which typically has a dreamlike and sometimes fantastical quality, but ensuring that it’s instantly recognisable as Halo,” said artist Iva Troj. “I consequently spent a long time immersing myself in Halo’s universe to bring this to life in the manner of an old master but depicting a modern battle, and I hope Halo fans and gamers everywhere enjoy the results – including those smaller Easter eggs that you might not notice at first glance. A rare combination of digital and traditional painting skills was required, as I worked alongside the 343 Industries development team; the painting was completed in just over a month."

The public can view the painting for free at Saatchi Gallery, as well as at the world-renowned Carrousel du Louvre in Paris, where a smaller replica will be on display until December 19

Oxford Circus also saw a Halo Infinite themed takeover with a stunning projection mapped onto the Microsoft Experience Centre facade in which a Warthog, the famous transport from the Halo games, is air-lifted to the ground in front of the iconic Halo ring.

“It’s fantastic to see London coming alive as part of the huge global launch for Halo Infinite,” said Joseph Staten, Head of Creative at Halo developer 343 Industries. “We're so excited to get this game in the hands of our players – both those that have been with us since the beginning as well as newer gamers – all ready to jump into an epic sci-fi universe and experience our most adventure-filled Halo game yet.”

“Xbox and Halo both turned 20 last month and I can’t think of a better way to celebrate that than with such unique activities, giving our fans and the public a chance to see something special,” said James Butcher, Head of Xbox UK & Ireland. “They are a fitting way to conclude what has been a string of successful AAA game releases over recent weeks.” ‘Master Piece’ is available to view now for free at Saatchi Gallery in Chelsea; the public can find the piece in Gallery 4.