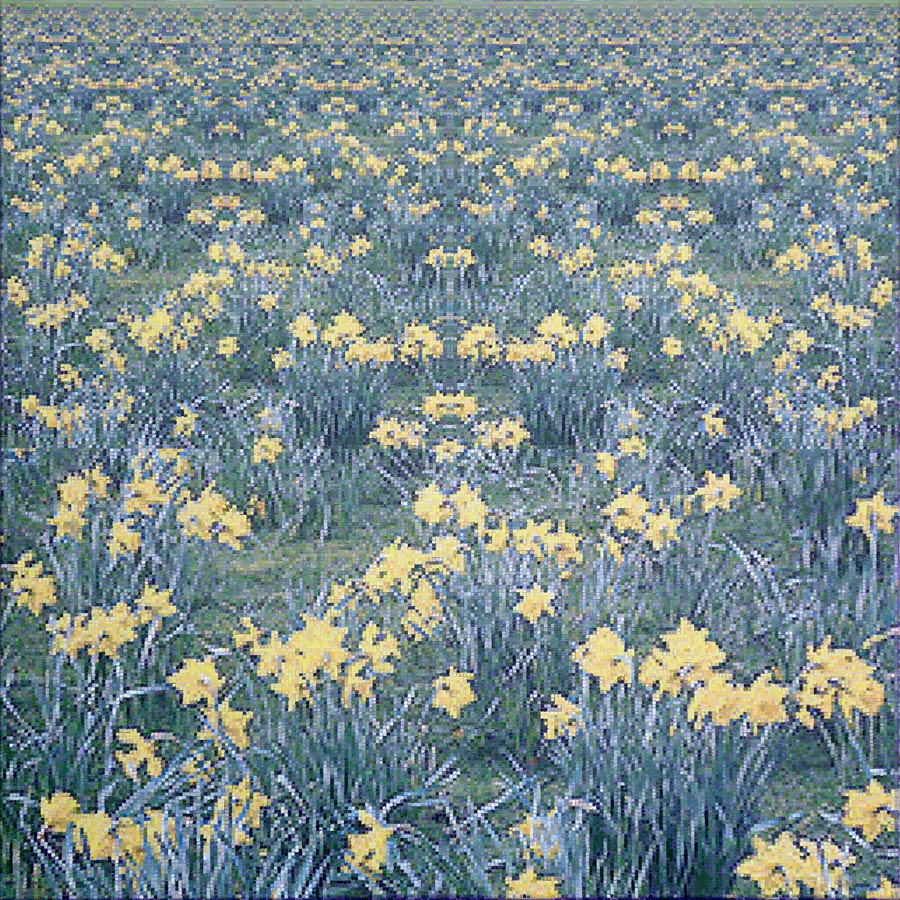 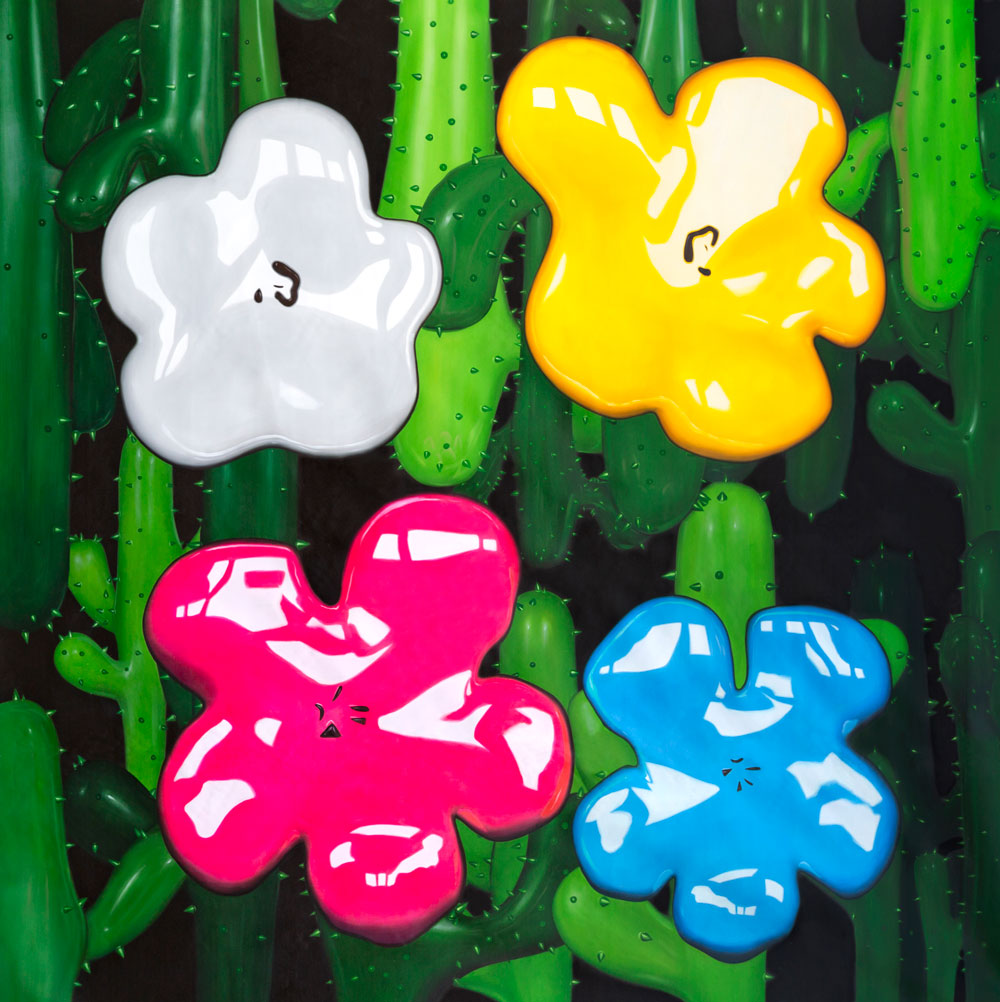 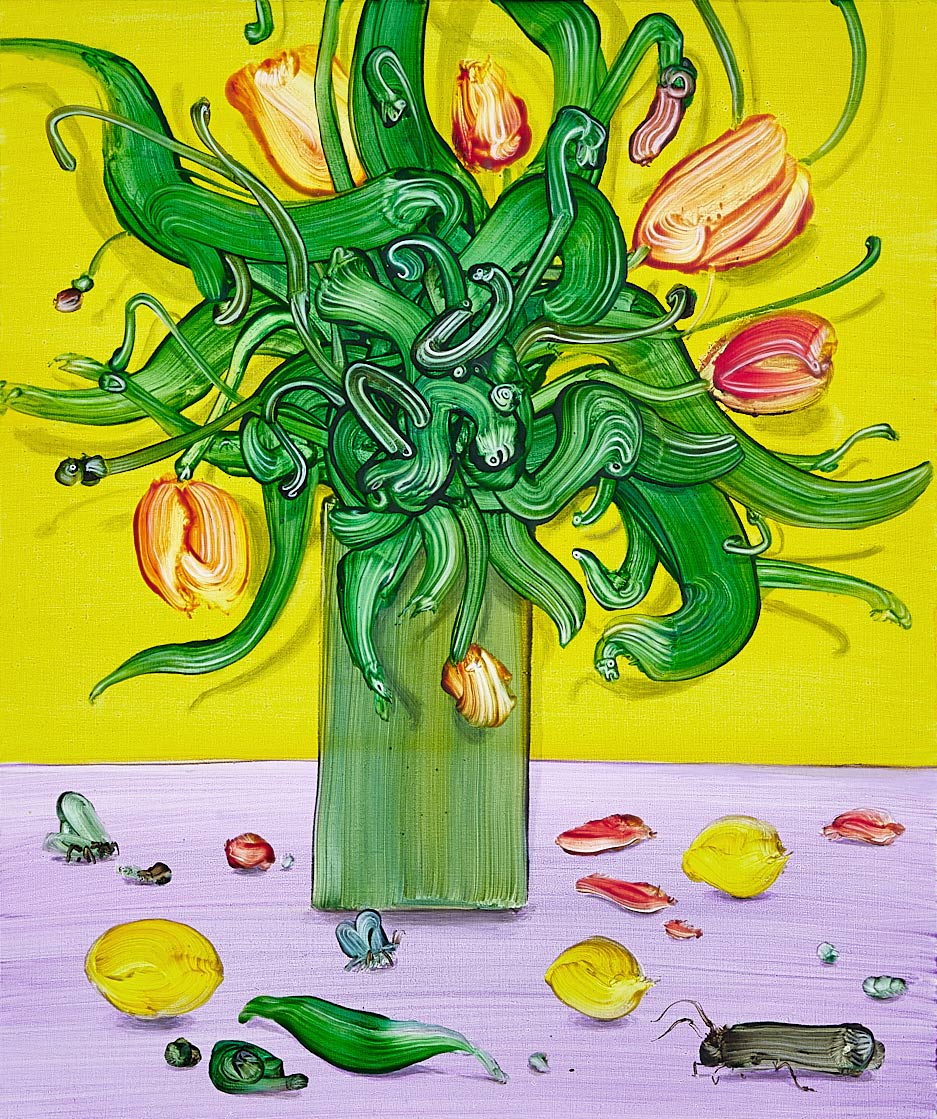 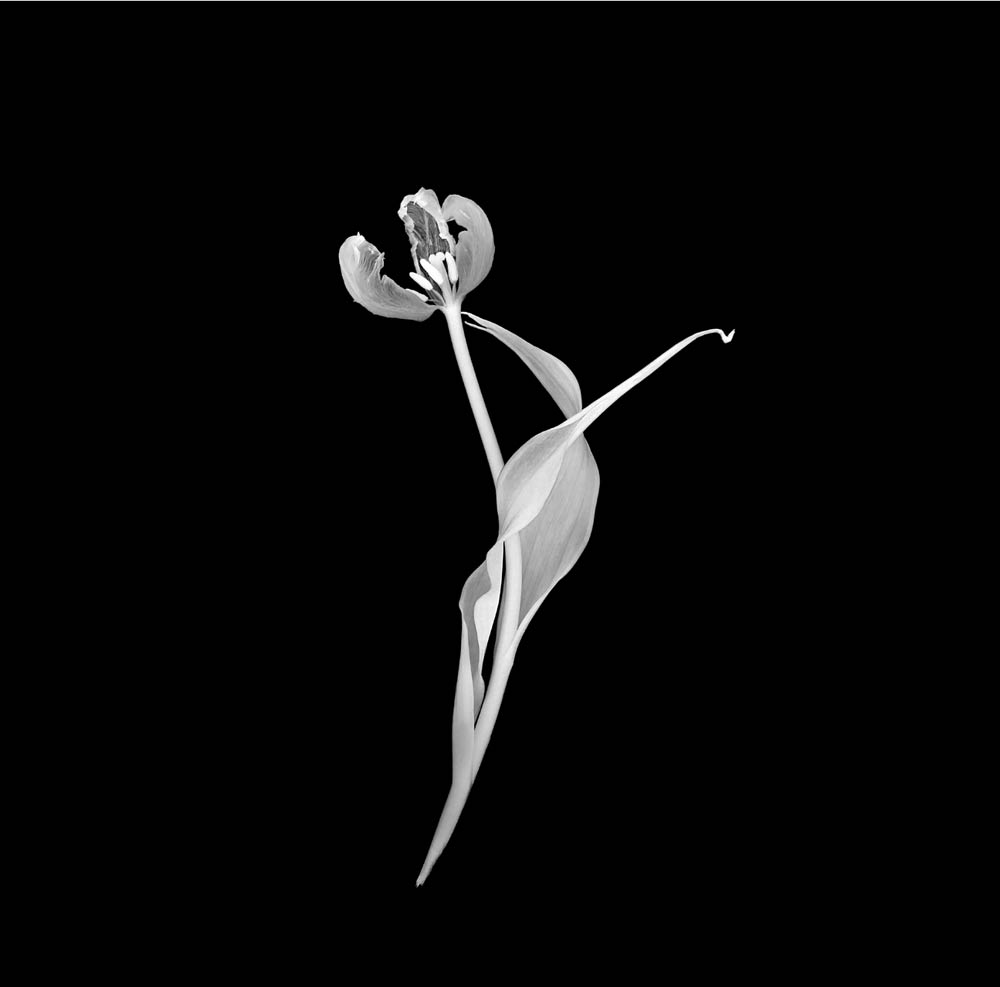 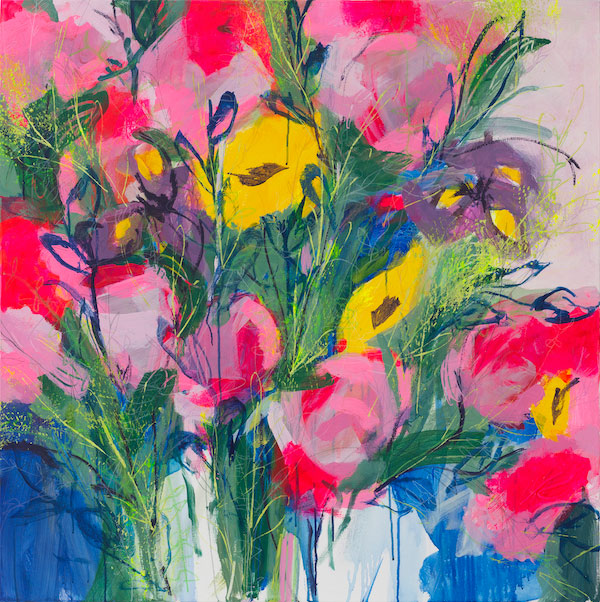 In Bloom is a showcase of works with a floral theme produced by a spectrum of contemporary artists working in the UK today. Featuring works by both emerging artists and established artists, these works provide a snapshot of the variety of techniques and approaches taken by different artists to the subject.

Ideas of delicacy, beauty, vibrancy, transience or decay may be evoked by the works – perhaps explicitly, sometimes symbolically and occasionally playfully.

Dan Hays lives and works in London. His work explores the relationship between the intangible and instantaneous realm of digital technology and the tactile and time-consuming medium of painting.

Dan Rawlings is a visual artist known for his large-scale installations and intricate plasma-cut metal works. A sympathy for discarded objects and an admiration for nature’s resilience inspire him to create visions of a future where man’s impact is slowly reclaimed by nature.

Faye Bridgwater is an award-winning, international artist who creates paintings full of exhilarating and spontaneous energy. Born in Watford and having studied Fine Art at Sheffield, Faye now lives and works in Brighton, Sussex.

Heath Kane is a UK based artist, born in Australia. His work is a powerful blend of art, design and social commentary. Within his pieces there often lies subtle but subversive themes. Heath exhibits his work in galleries both nationally and internationally.

Joanna Ham is an artist and illustrator. She lives in Shropshire and works and exhibits internationally. A graduate of Oxford University’s Ruskin School of Art. Her work seeks to capture and express the power of human sentiment.

Mimei Thompson studied at Glasgow School of Art, Central St Martins College of Art and Design and the Royal College of Art. She lives and works in London.

Philip Colbert was born in Scotland and now living & working in London, Colbert has created a global following for his cartoon lobster persona and his hyper pop history paintings. "I became an artist when I became a Lobster" says Colbert.

Rankin is a British photographer, publisher and film director. With a portfolio ranging from portraiture to documentary, he has shot The Rolling Stones, David Bowie, Kate Moss, Kendall Jenner and The Queen to name only a few. Fearless behind the lens, his imagery has become engrained in contemporary iconography. Rankin lives & works in London.

Realf Heygate grew up in Leicester and now lives & works in London. His work has been exhibited internationally and features in many private collections.