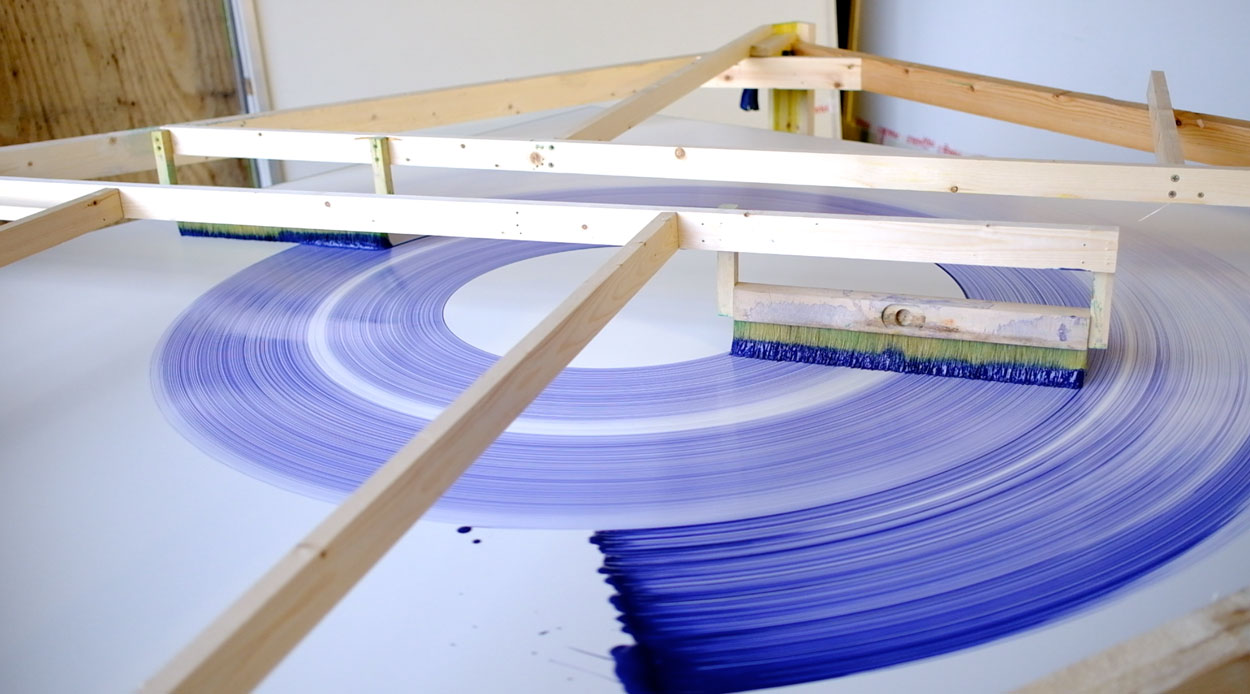 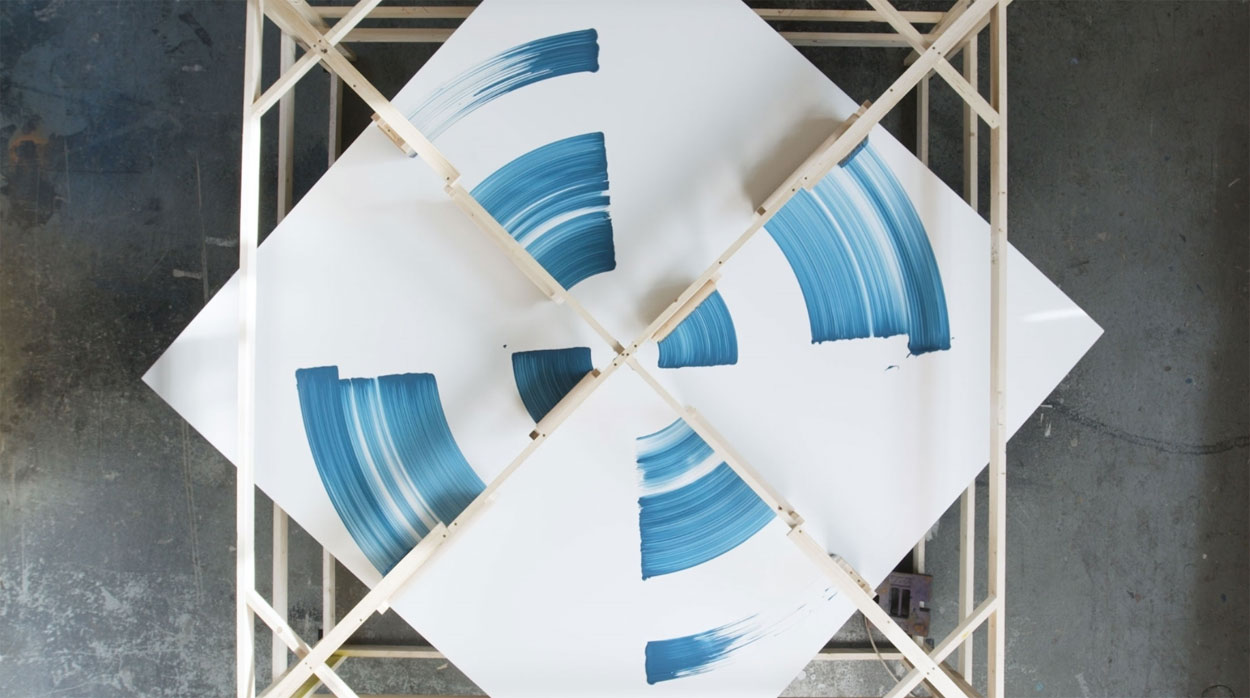 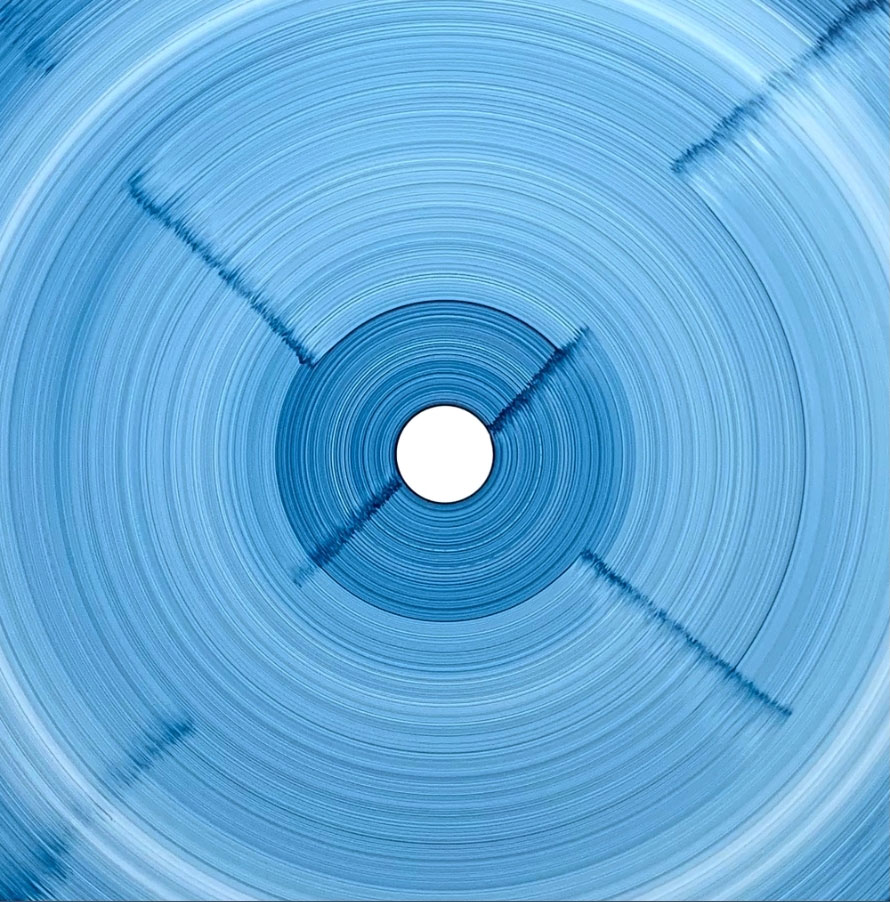 Admission: Free, no pre-booking required
Located on the Ground Floor in Gallery 3

In Orbit, by design duo Isabel + Helen, is a series of tonal paintings produced by contraptions that have been assembled by hand from industrial materials.

This collection of imperfect circles and the tools used in their creation, explore the space between mass production & the creation of unique art works and in doing so, questions our relationship with machines.

The exposed processes and mechanics are as much a part of the project as the finished paintings. The assembling and activating of the humble machines are left to the laws of physics once the contraptions are set in motion. Whilst the brushes on the arms of the contraptions could be seen as extensions or appendages of the artists themselves, once the machines are activated and the artists have relinquished all control to the mechanisms, they are as close to being observers of the performance and outcome as the rest of us.

Channelling the constraints and repetitive nature of the past year, there is a reassurance in the hypnotic rotation and its limitations. Each painting is made up of thousands of small concentric rings which vary in colour and thickness. The circles are contained and preordained yet exercise their own power through small variations via human input - such as adding more or less paint to the brushes. These differences in the mark-making highlight the fragility of the outcome and the infinite possibilities in the re-adaptation of machines, but not always for efficiency or function.

A sense of contrasting duality underpins their work. At once there is both utility and futility; order and chaos; monotony and variety; detail and mass. The journey and the sum of its parts - a transformation from raw, stripped back materials to the emergence of the colourful and unified circles - is surprising and defiantly hopeful.

Isabel + Helen is the creative studio of London-based design duo Isabel Gibson and Helen Chesner. Having met whilst studying at Chelsea College of Art, they began collaborating on projects that highlighted their shared love of analogue design processes and simple kinetics. Since 2012, they have gained widespread recognition for their experimental, engineered installations and animated sculptures, which hover at the intersection of art and design.

Their practice is underpinned by an ongoing exploration of movement, materials and mechanisms, as they seek to simplify often complex ideas and ambitions, translating them into something more readable and relatable. They aim to recreate moments of simple gratification for the viewer, which are at once honest and unpretentious, yet also misleading in their apparent simplicity.

They have collaborated with a wide range of fashion brands and cultural institutions, including Hermès, Bottega Veneta, Moncler, Craig Green; V&A, and the Tate Modern. Long term collaborators; Hermès, supported the artists in the making of this exhibition.