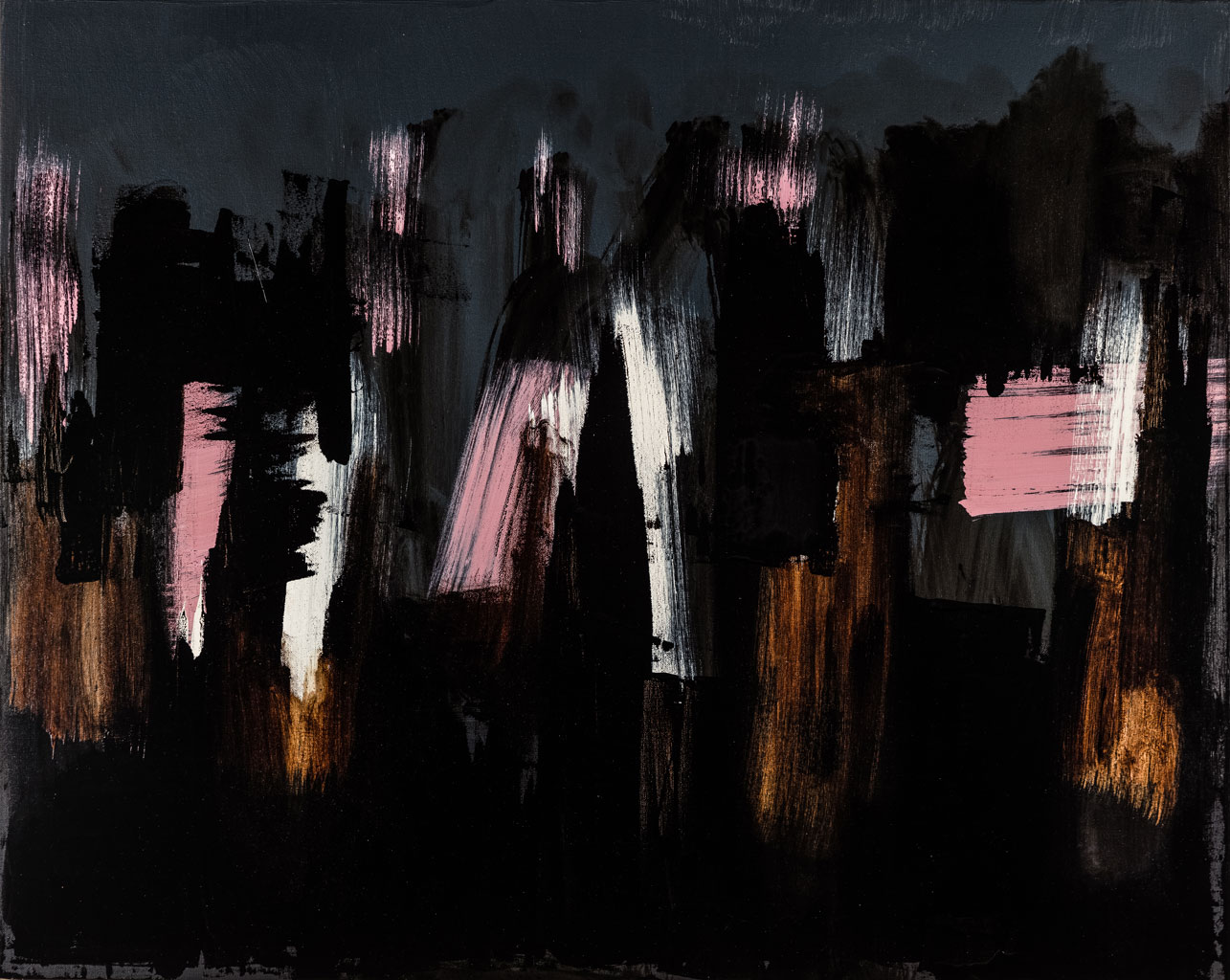 The exhibition comes at a time of heightened interest in the artist. In 2018, as part of its initiative to re-evaluate key twentieth and twenty-first-century artists, art publisher Black Dog Press produced a monograph documenting Cooper's 50-year career; and this eagerly-awaited presentation - his first in London in three decades - will be complemented by further shows in the U.K. and America.

Displayed across two galleries, the show is comprised of more than 50 paintings and sculptures, including works from the 1970s - a time when Cooper appeared alongside Henry Moore and Barbara Hepworth with his own solo exhibition to mark the Wakefield Silver Jubilee Festival - and culminates with his most recent atmospheric large-scale oil and acrylic paintings.

Cooper describes his approach to painting as three dimensional; accordingly, this exhibition begins with a collection of his early sculptural works. Chained to the Nest (1974), which depicts a newly-hatched bird struggling to extricate itself from a womb or nest, illustrates his attraction to, in his own words, 'the physicality of the surface', a quality evident in all his paintings.

Since the late 1980s, Cooper has tirelessly investigated the formal limits of painting, experimenting in many genres at his rural Worcestershire studio. throe on throe tracks this progression with examples primarily drawn from five bodies of work: Longdon Marsh (1996 - 2006), A Long Series Of Events (2014), Continuums (2011 - 2016), The Levant Series (2018 - 2019) - up to the present day, with a suite of spectacular paintings entitled The Listener Series realised between 2018 - 2019, works that display broad gestural brush strokes and reflect his love for the natural landscape.

Says Peter Murray, founder and executive director of Yorkshire Sculpture Park: 'Cooper has devoted himself to the investigation of painting through colour, texture and gesture. At times his paintings have seemed to be an extension of his love of the English landscape with the flavour of English artists such as Ivon Hitchens. At other times, the influence of American Abstract Expressionists and Colour Field artists can be sensed, but always his work has an independent and expressive power of its own.' (Johnnie Cooper: Sunset Strip, Black Dog Press, 2018) "

Says Saatchi Gallery Director Philippa Adams: 'While this exhibition looks to the future, embracing a new chapter in Cooper's journey, it also reasserts him alongside his peers as an important British artist.'

Johnnie Cooper (b.1950, Wolverhampton) spent his early years in Saint-Eustache, a suburban town near Montreal, Quebec, where he was immersed in Native American visual culture, before returning to the UK in 1960. In 1970, he undertook studies at Staffordshire College of Art, advancing to the inaugural sculpture course, which was convened by the renowned cosmopolitan sculptor, Stuart Osbourne. Further postgraduate study followed at Bretton Hall, Yorkshire, where from 1976 onwards he was mentored by Peter Murray, Principal Lecturer in Art. Murray, now Chief Executive of Yorkshire Sculpture Park, organised for Cooper to exhibit works at the college in conjunction with the 1976 inaugural exhibition of Yorkshire Sculpture Park (located on the grounds of Bretton Hall). The following year, Murray invited Cooper to organise a solo exhibition of work to coincide with the 1977 Wakefield Silver Jubilee Festival, which featured sculpture by Henry Moore and Barbara Hepworth. This opportunity led to media exposure and served to launch his career.

An intense period of formal experimentation ensued, leading Cooper to turn to painting in 1984. His first paintings were exhibited at the Crucial Gallery in Notting Hill, London.

Cooper has worked in art education throughout his career, appointed as Head of Art at Bredon School, Gloucestershire and lecturing at Oxford Tutorial College. In 2004, he was invited to lecture on European Romanticism for the Art History department at Kellogg College, Oxford University. In 2007, Cooper spent three months in Shanghai working as artist in residence and cultural ambassador for Oxford International College.

Cooper has shown work in Dallas and Shanghai. He has exhibited with the Free Painters and Sculptors Society, at the Manchester Academy of Fine Art, The Mall Galleries, and at the Royal Academy. His work features extensively in private collections. Cooper continues to investigate the formal and conceptual limits of painting, developing new processes that reprise motifs of his early sculptural practice and reflect his love for the natural landscape.