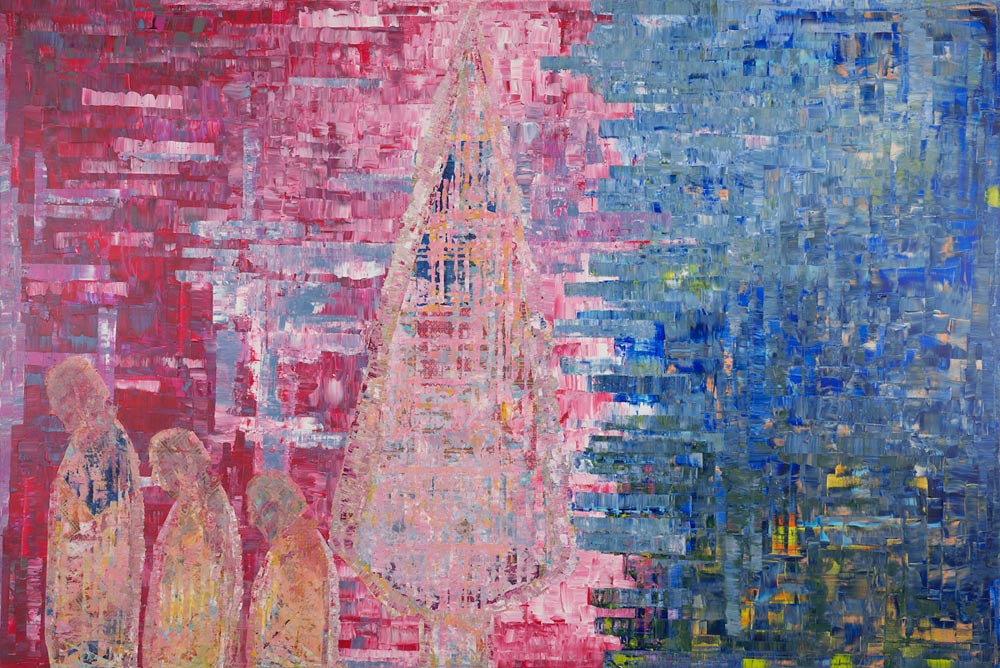 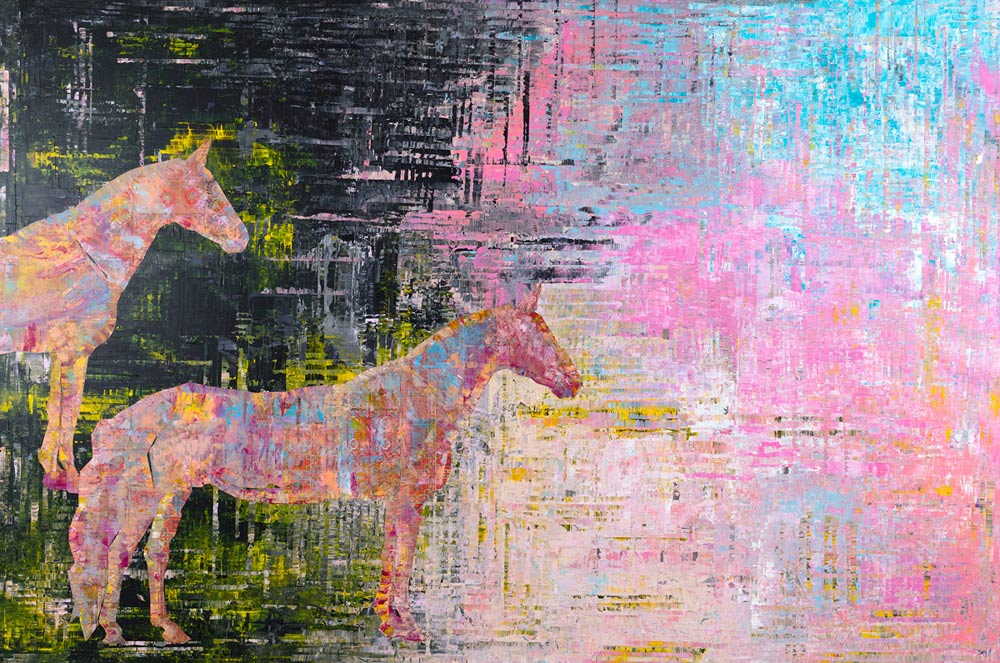 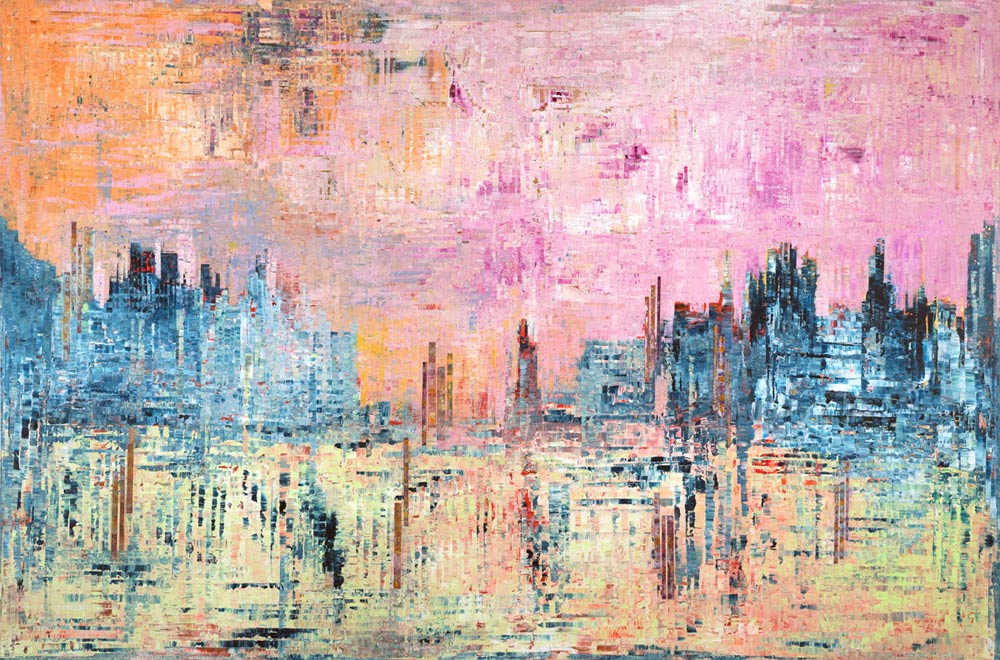 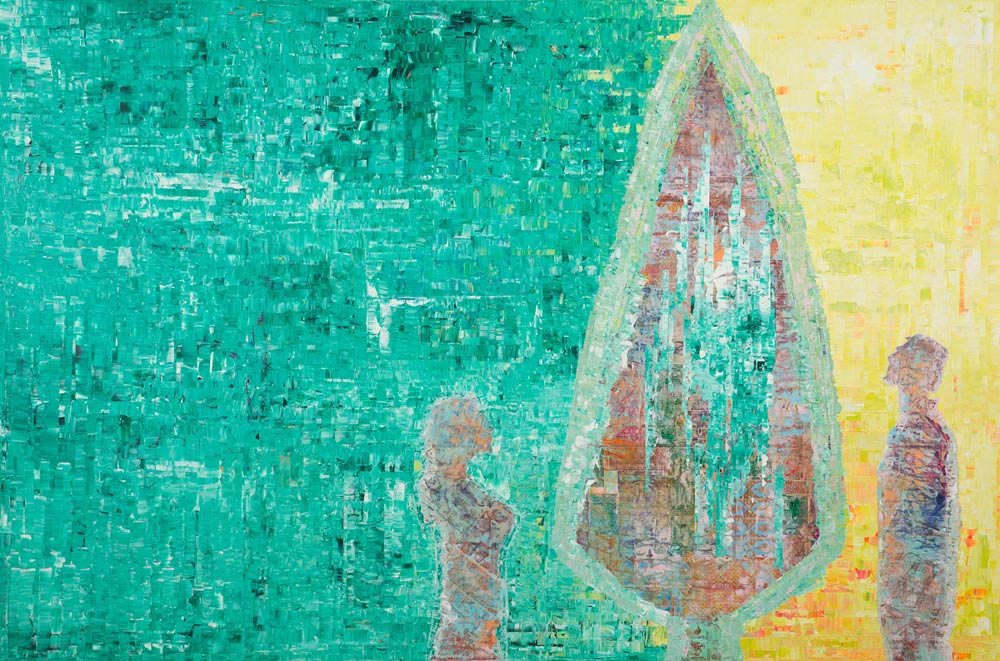 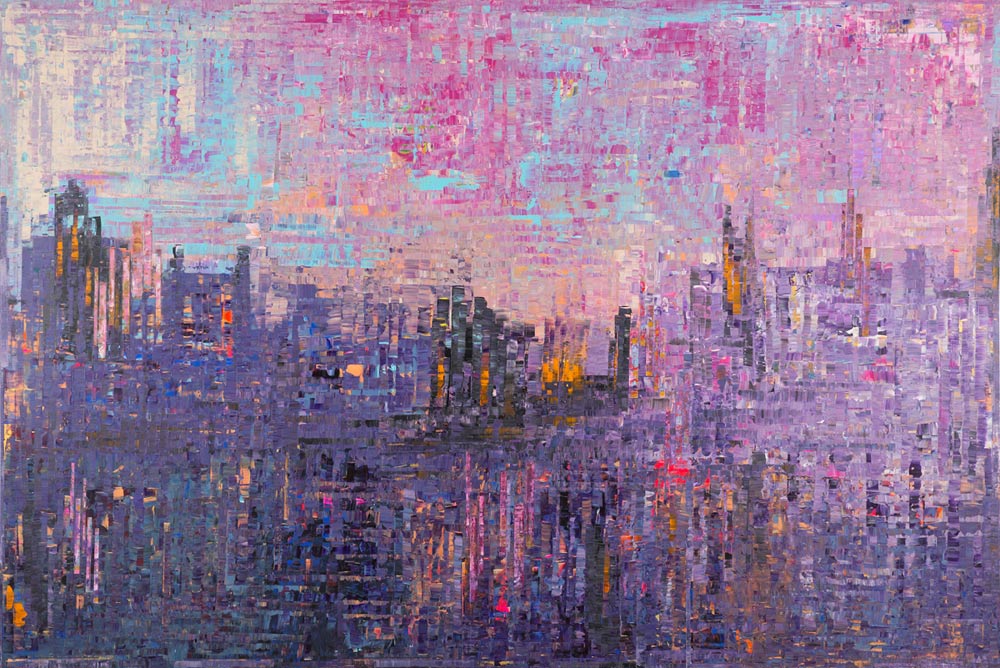 Oneness Wholeness draws on thousands of years of Iranian culture, weaving ancient Persian motifs, patterns and landscapes into large-scale mixed media paintings, to explore Iranian identity in the 21st century. Descended from the ancient nomadic Bakhtiari tribe, Sassan's large scale paintings recall the Zagros Mountains in South West Iran that are still home to the tribe, amongst other subjects. The Oneness Wholeness series features new, previously unseen work that Sassan has been developing for the last few years.

Through exploring his Persian heritage and his dedicated meditative practices, Sassan has used his art as cathartic release, leading him to explore ideas around existentialism, human compassion and wellbeing.

Oneness Wholeness will be Sassan Behnam-Bakhtiar's first UK exhibition since The Real Me, his debut in London in 2014.

Sassan is also committed to supporting other emerging artistic talent from Iran and showcasing the rich cultural legacy of one of the world's oldest cultures. In 2015 he set up the Fondation Behnam-Bakhtiar in Saint-Jean-Cap-Ferrat, where he provides emerging, mid-career and established Iranian artists a platform to showcase their work to the international art market.

Currently based in Saint-Jean-Cap-Ferrat, Sassan was born during the middle of the Iran-Iraq war in the Parisian suburb of Neuilly-sur-Seine in 1984. Sassan lived in Paris for most of his childhood, spending much of his spare time visiting the city's many art galleries, before moving to Tehran at the age of ten. Sassan began making work in 2009 and has since exhibited internationally. He lives with his wife in Saint-Jean-Cap- Ferrat, Cote d'Azur, where they have set up an art gallery in the neighbouring principality of Monaco, in Monte-Carlo, that exhibits Iranian artists alongside established international artists.

Nina Moaddel is an Iranian born curator and advisor based in London. She has curated exhibitions in Europe and Asia with a focus on Iranian artists, including the Tehran Pavilion at the 9th Shanghai Biennale. Her advisory work relates to placing Iranian and Western artworks in reputable private collections as well as foundations and museums internationally including Museum of Everything, Musée d'Art Classique de Mougins and a/political foundation. She has also collaborated with institutions worldwide including Kunsthal Rotterdam, Tehran Museum of Contemporary Art, Institute of Contemporary Arts London, Royal Academy of Arts and Saatchi Gallery.