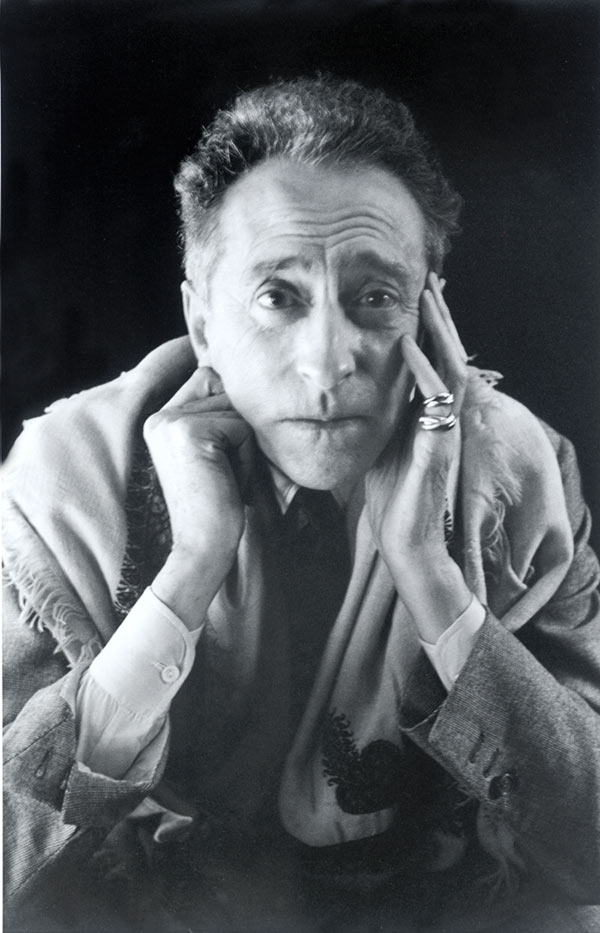 Jean Cocteau photographed by Luc Fournol in the early 1960s. He is wearing his Trinity rings. 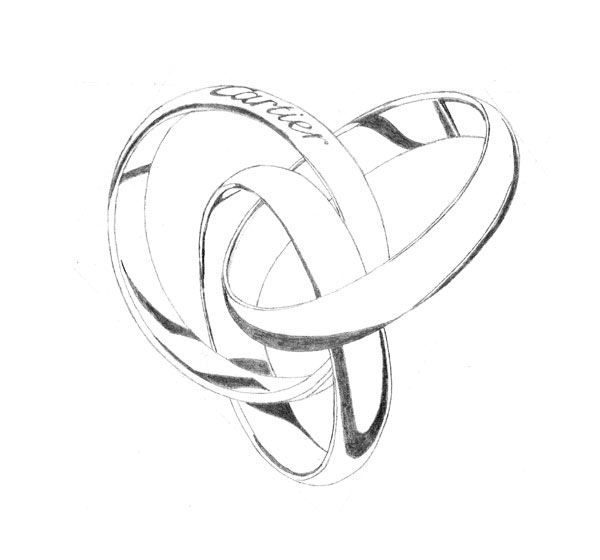 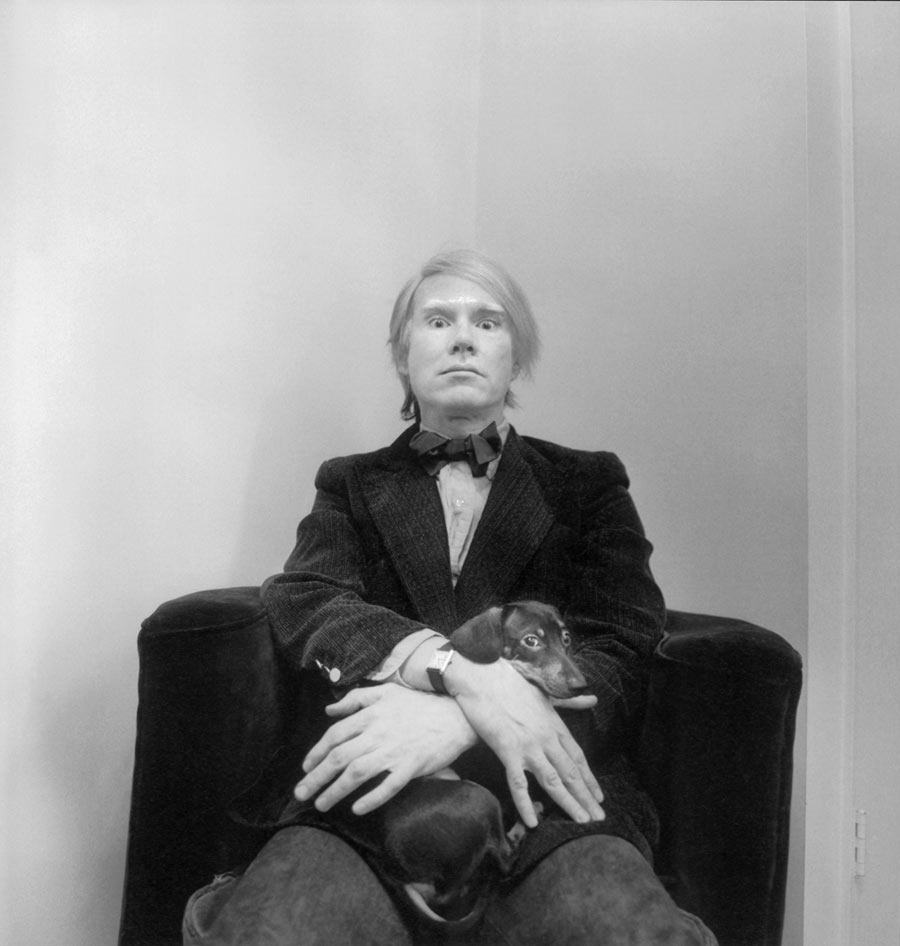 Andy Warhol photographed at his studio by Arnold Newman in February 1973. He is wearing a Tank wristwatch.

© Arnold Newman Properties/Getty Images. Used with the permissions from The Andy Warhol Foundation for the Visual Arts, inc. 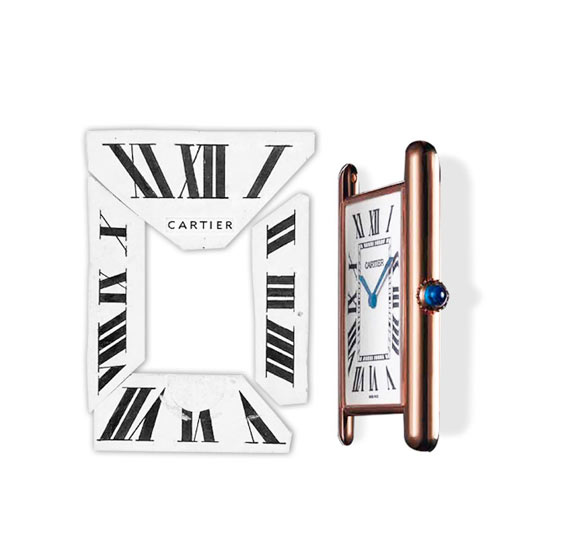 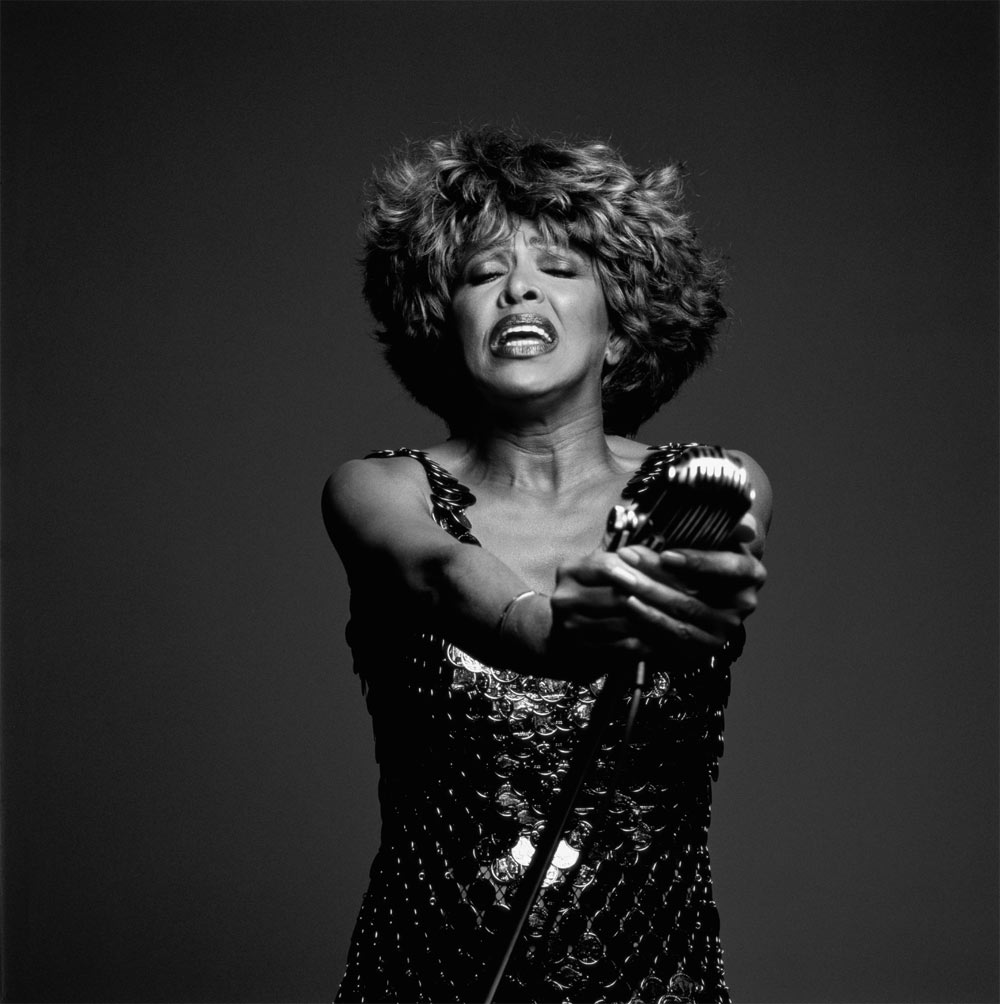 Tina Turner photographed by Michel Comte in 1993 for Vanity Fair in Los Angeles. She is wearing a Love bracelet. 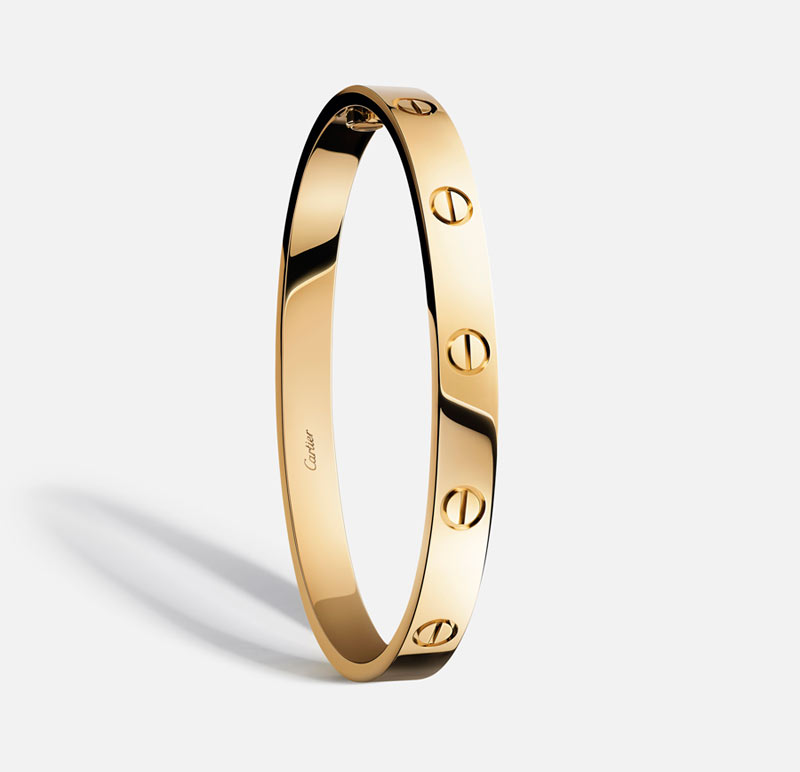 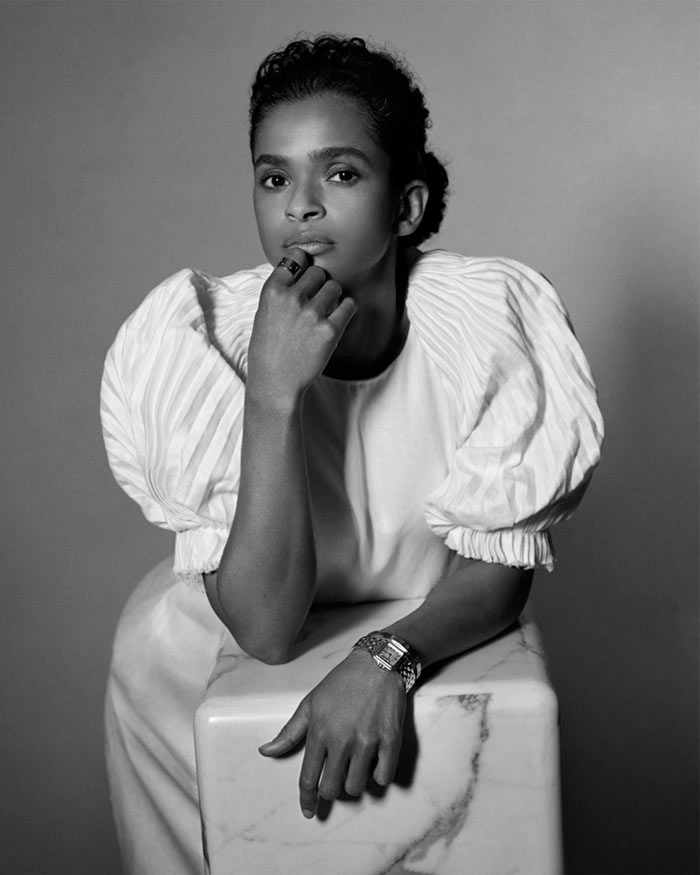 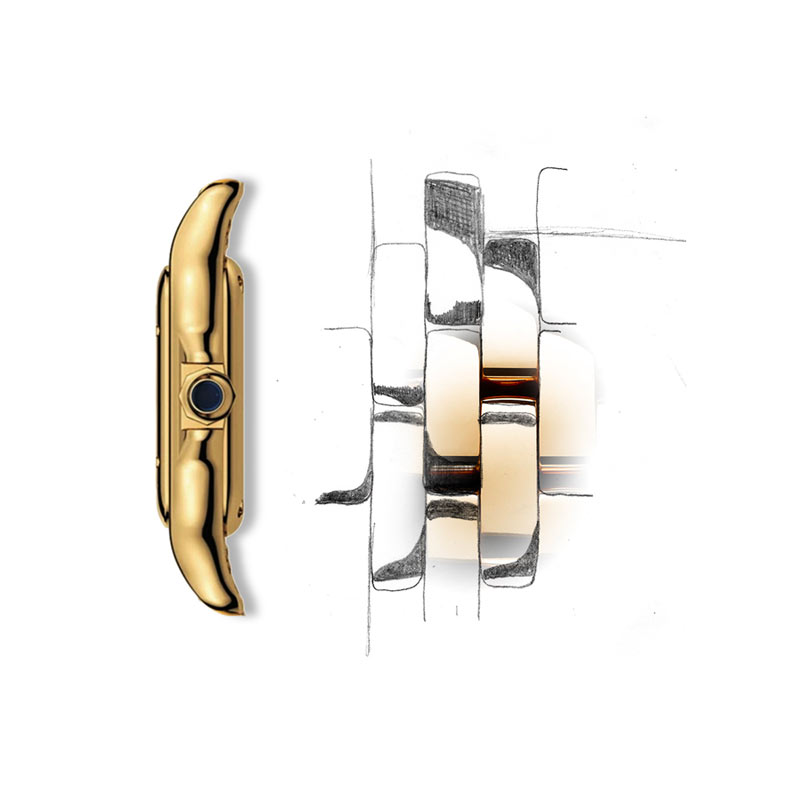 Whether passed down from generation to generation or a symbolic marker of a precious moment, Cartier creations bring a sentiment like no other. Studio 7 by Cartier pays tribute to a century of incredible stories narrated through these seven Cartier collections. For the very first time, this unique show of your Cartier moments are told through a photographic journey from the past to the present, exclusively at Saatchi Gallery in London.

Gallery 1 – LEGENDS – exhibits a series of legendary historical portraits featuring Cartier creations. From Andy Warhol with his Tank watch, Jean Cocteau and his Trinity ring to Tina Turner and her Love bracelet, all portraits printed in black and white are displayed in a linear showcase. Gallery 1 also houses creations from the Cartier Collection featuring some of the earliest iterations of these iconic collections. This includes a Santos wristwatch from Cartier Paris from 1916 and the very first Juste Un Clou bracelet in yellow gold, from Cartier New York dated from 1971.

Gallery 2 – INSPIRATION – introduces a new dimension of portraiture, bringing to life modern day friends of the Maison wearing Cartier creations from all seven collections, with a personal meaning close to their heart. A series of black and white portraits by renowned British photographer Mary McCartney are projected on a floor to ceiling screen, for a fully immersive experience. Actor Vanessa Kirby is seen wearing her Juste Un Clou bracelet, whilst boxer Ramla Ali models her Panthère watch and Mary McCartney is seen with her Love bracelet in a self-portrait. Other friends of the Maison include milliner Stephen Jones OBE, actor Emma Corrin, director and actor David Oyelowo OBE amongst others.

Gallery 3 – STUDIO – is home to the Cartier Studio, a custom-built photography studio within the exhibition inviting Cartier lovers to share their very own Cartier story and to be photographed wearing their favourite Cartier creations. Photographers were chosen amongst emerging talent and mentored by Mary McCartney.

Studio 7 by Cartier brings to life a new chapter of Cartier stories in Gallery 4 – ENCOUNTERS – a dynamic and evolving exhibition space where select portraits taken in the Cartier Studio are displayed in a mosaic of digital screens. Unique print out portrait photographs will be printed in black and white for guests, a keepsake for years to come. 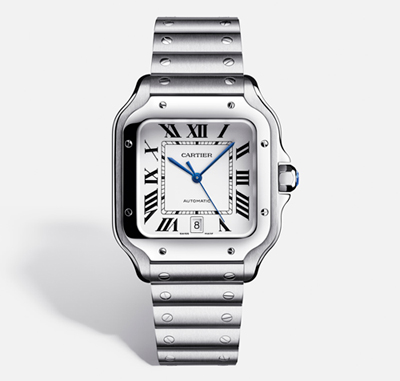 Simplicity. Practicality. Innovation. These were the three major principles of Alberto Santos-Dumont, the aviation pioneer. Every single one of his projects was guided by the desire to make further progress. In 1904, Louis Cartier granted the famous aviator's wish: to be able to tell the time while flying, manning the controls of his plane without having to stop to check his pocket watch. He revolutionised watchmaking by creating the first modern wristwatch. 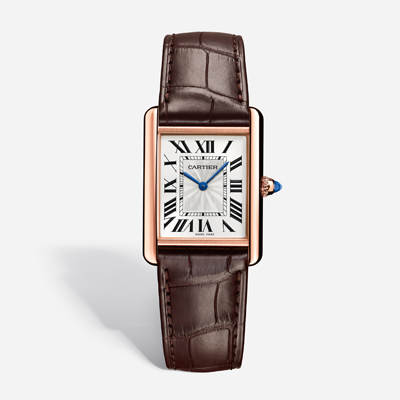 At the start of the 20th century, Louis Cartier undertook formal research with the aim of incorporating the hour circle into the lines of the bracelet and to refine and ultimately integrate the design of the horns so that they continue from the case onto the bracelet. Although first developed by Cartier in late 1916, the Tank wasn't launched until 1919. Between 15 November and 26 December 1919, six pieces were added to stock; on 17 January of the following year, none were left. The Tank is the watch of aesthetes and creatives looking for ultimate elegance, who appreciate it for its pure design. 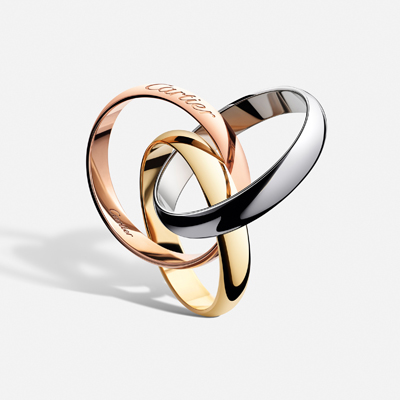 This cult ring, spanning the boundaries between jewellery and sculpture, feminine and masculine, playful and symbolic, was born of the imagination of Louis Cartier in 1924, the year it can first be found in the Maison’s registers. The Trinity ring was greeted with acclaim, as was the Trinity bracelet. A symbol of French chic and elegance, all are irresistibly drawn to it. 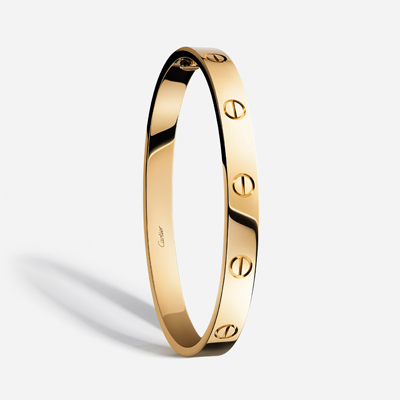 Created in New York in 1969 by the Cartier designer Aldo Cipullo, the Love bracelet is an icon of jewellery design. A unisex piece full of symbolism, the Love bracelet is a statement piece, a physical embodiment of feelings. Love is no longer free but joins lovers together through a band of gold worn on the wrist and which is closed using a specific screwdriver. This bracelet is like a precious handcuff since two people are needed to secure the screws. By wearing it, every couple may proclaim their love for one another for all to see. 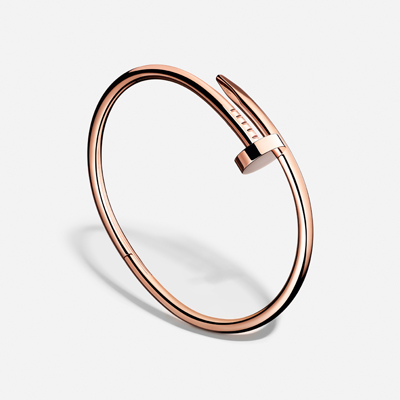 When the Juste un Clou bracelet was created in 1971 in New York by Aldo Cipullo, the designer at Cartier New York at that time, it was known as the Nail Bracelet. Based on the same approach of seeking beauty whenever it may lie, turning functional objects into precious ones, this bracelet appeared even more provocative and transgressive than its predecessor. Like the Love bracelet, the gold Nail bracelet was unisex, and came in two sizes. This creation returned in 2012, when its pure lines earned it the name Juste un Clou. 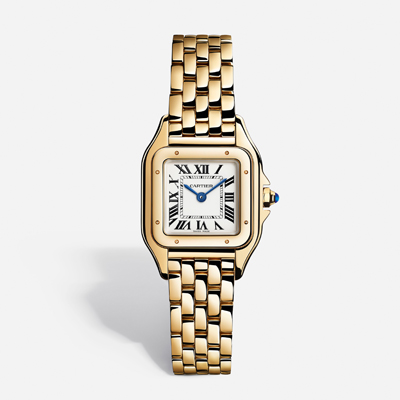 When it was launched in 1983, the Panthère de Cartier watch reinvented the concept of a jewellery watch. This best-selling watch was embraced by the fun-loving 80s, proving particularly popular with the art scene. Above and beyond its design, this watch slinks onto the skin in a rippling celebration of triumphant and carefree femininity. A state of mind embodied by the vibrant and sophisticated icons of the 80s and continued today by a whole new generation of bold and impeccably stylish women. 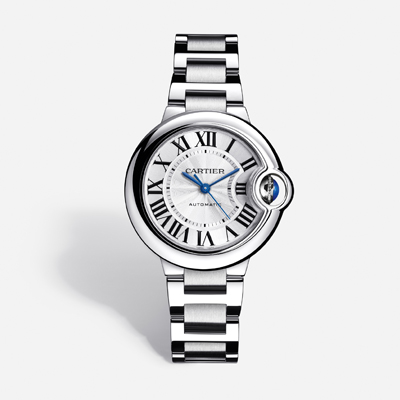 The Ballon Bleu de Cartier watch was created in 2007. Worn by both men and women alike, who appreciate its personality and comfort when worn, this creation has rapidly become a resounding success and a Cartier icon. Whether Fine Watchmaking models or jewellery versions, Ballon Bleu has inspired Cartier to create many different variants on metal bracelets or leather straps.

A reference in the world of luxury, Cartier, whose name is synonymous with open-mindedness and curiosity, stands out with its creations and reveals beauty wherever it may be found. Jewellery, fine jewellery, watchmaking and fragrances, leather goods and accessories: Cartier's creations symbolize the convergence between exceptional craftsmanship and a timeless signature. Today, the Maison has a worldwide presence through its 265 boutiques.

In the 1970s, Cartier began to reassemble objects from its own production: jewelry, watches, clocks and other precious accessories were collected for conservation, which lead to the foundation of the Cartier Collection in 1983.

Today, the Cartier Collection comprises items dating from as early as the 1860s till as late as the 1990s. These pieces act as material records of Cartier’s over 170-year of style and creativity but also provide a wider historical account of the evolutions within the decorative arts and within society since the end of the nineteenth century.

With almost 1,600 pieces and still growing, the Cartier Collection has sparked the attention of museums worldwide. Since its first major exhibition in 1989 at the Petit Palais in Paris, the Cartier Collection has shown selections of its pieces at some of the world’s most renowned institutions, amongst them the Metropolitan Museum of Art in New York (1997), the British Museum in London (1998), the Kremlin Museums in Moscow (2007), the Palace Museum inside the Forbidden City in Beijing (2009 and 2019), the Grand Palais in Paris (2013-14) and the National Gallery of Australia in Canberra (2018).