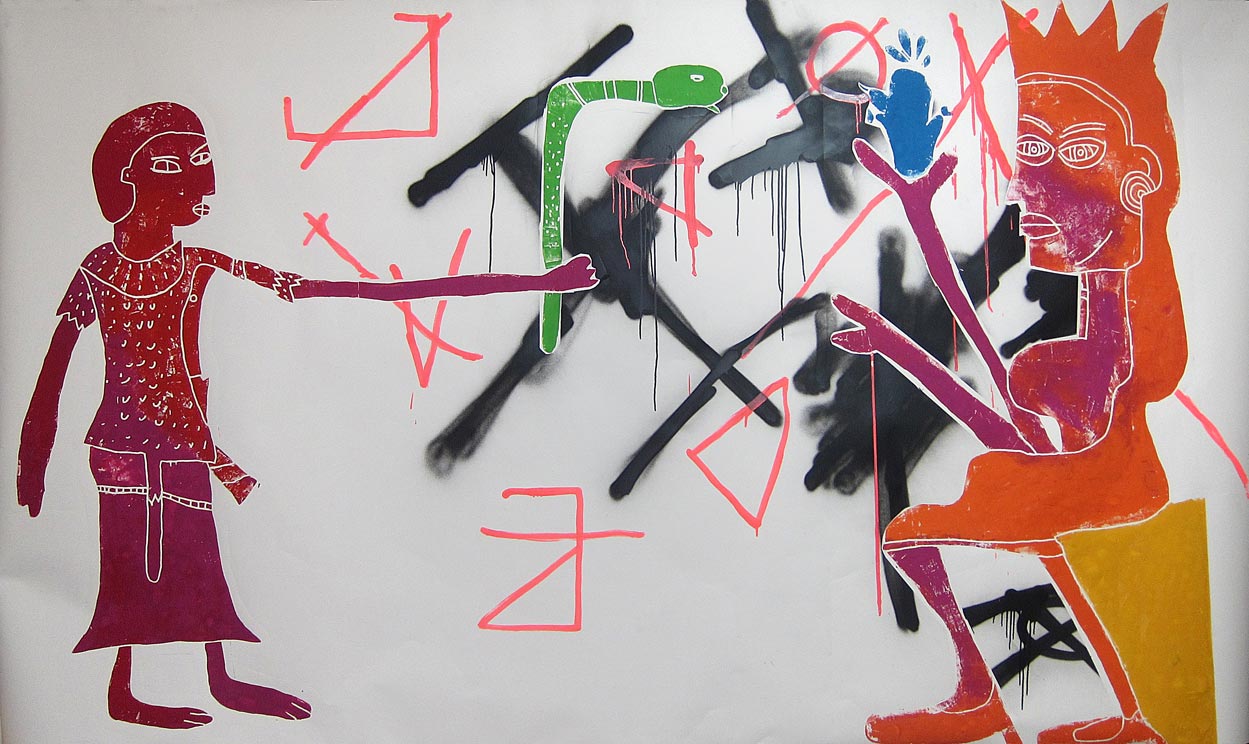 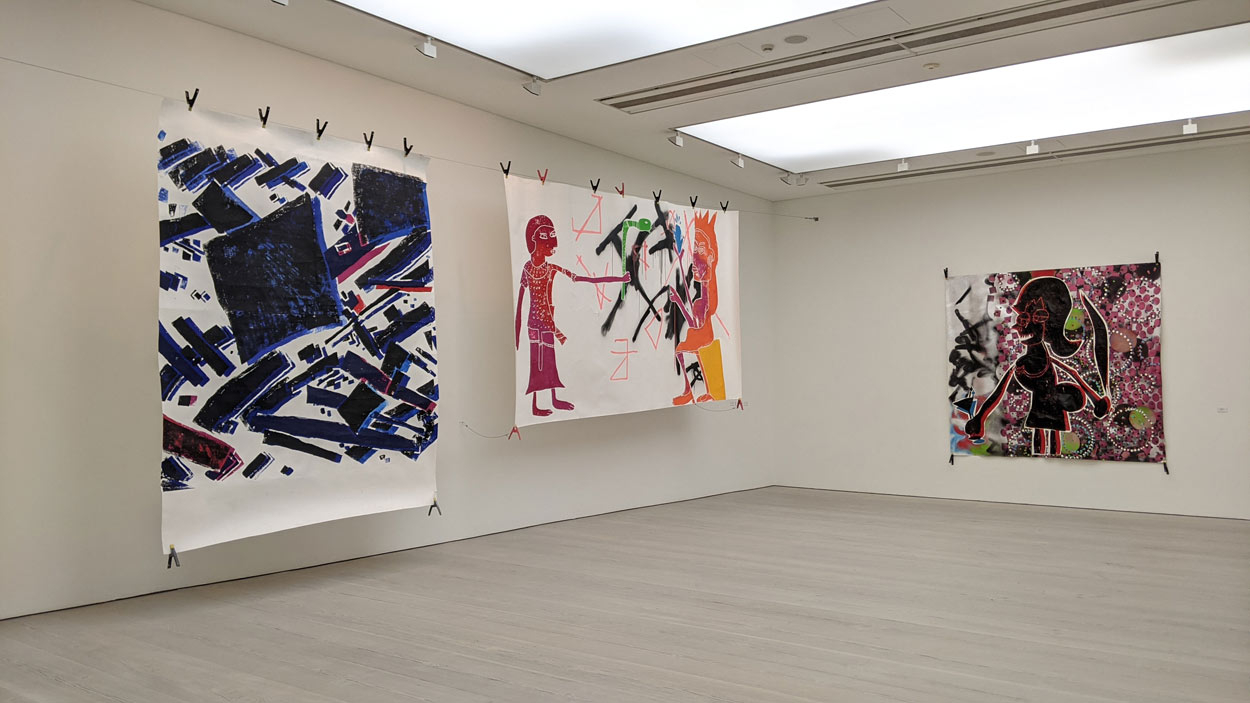 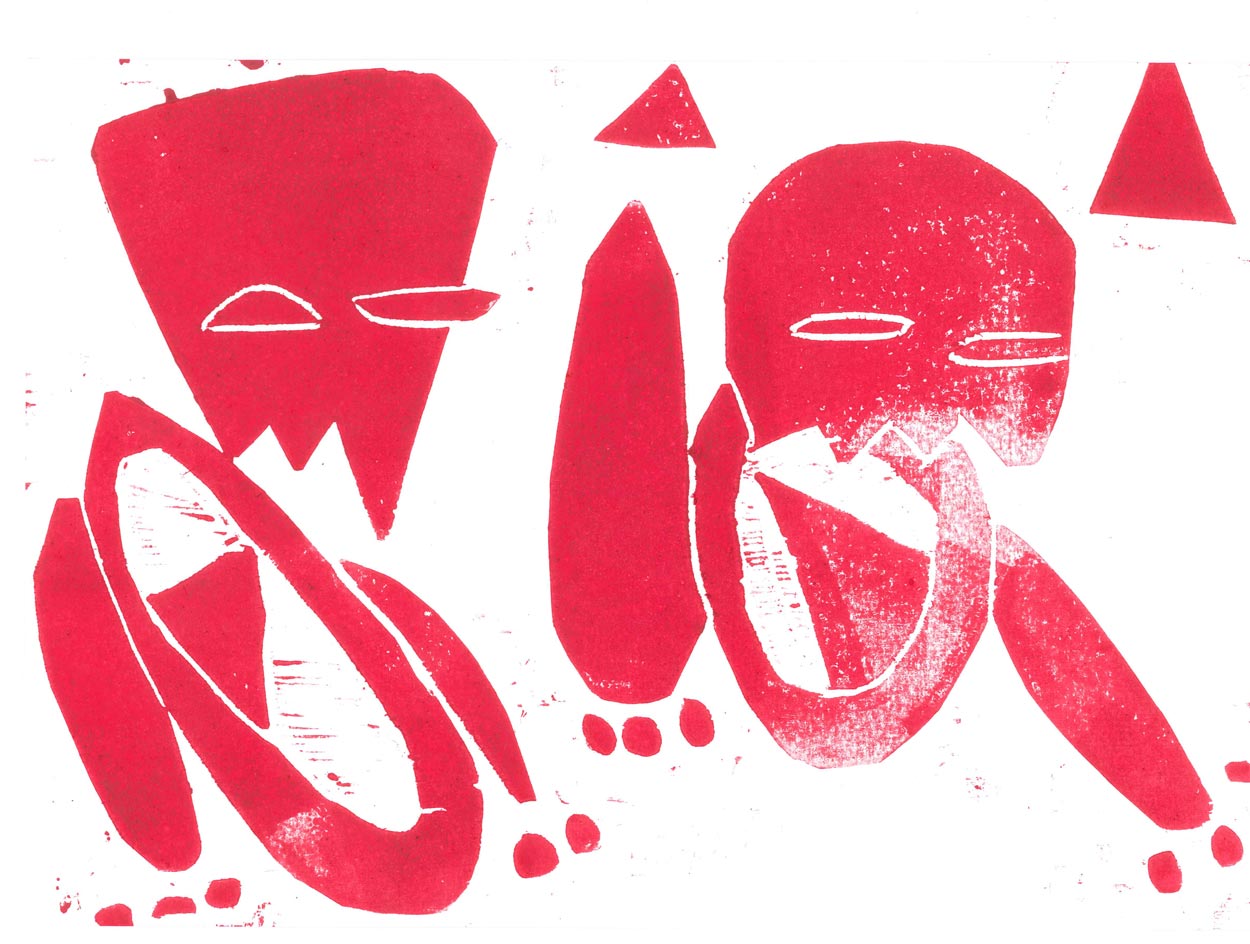 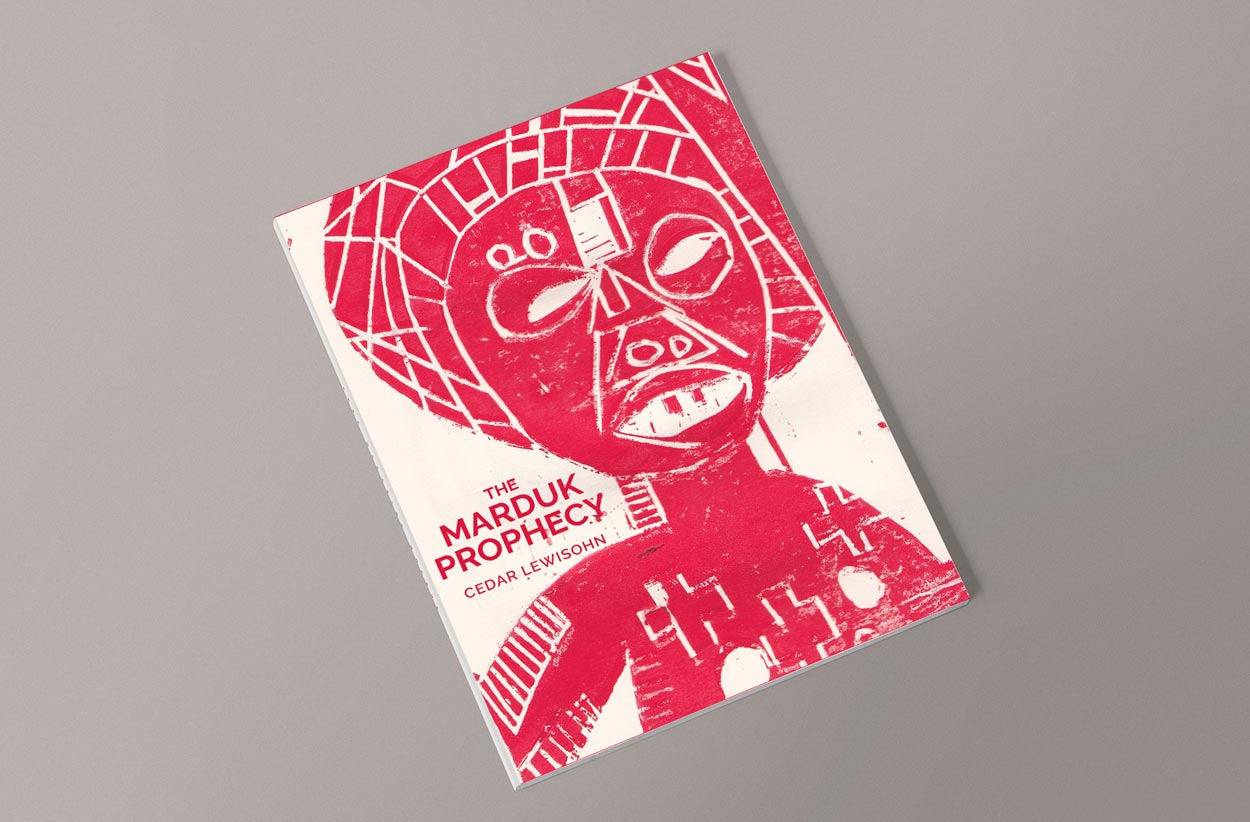 Located on the Ground Floor in Gallery 4

The Thousand Year Kingdom is the first solo museum exhibition in London of work by artist, writer and curator Cedar Lewisohn.

The Thousand Year Kingdom features a series of large scale woodblock prints primarily made throughout 2013; a group of works that have not previously been shown together. These prints combine images relating to African and Mesopotamian objects from museum collections in the UK and Europe with recognisable details and depictions of contemporary life. The works are the antecedent to much of the visual language that Lewisohn’s current practice focuses on.

The brutal yet delicate method of production plays with the idea of “primitivism” and the connotations of labelling artworks as primitive. In these works, images are repeated, and new contexts and meanings are created with the addition or subtraction of colours or abstract landscapes. These repetitions play with the medium of printing, and the ways in which the viewer receives and processes visual information.

The exhibition includes a selection of prints from Lewisohn’s acclaimed comic book The Marduk Prophecy published in 2020. Produced from handmade woodcuts and Lino prints, the images portray objects found in the British Museum – whose Benin Bronzes were looted and whose ownership is contested – as well as other museums such as the Pitt Rivers Museum and the Petrie Museum. These depictions of objects from ancient civilisations are mixed with symbols of the contemporary world that refer to youth culture in the UK, such as Drill Music creating an abstract narrative that references social, ethical and political issues.

Cedar Lewisohn (b. London 1977) is an artist, writer and curator. He has worked on numerous projects for institutions such as Tate Britain, Tate Modern and The British Council. In 2008, he curated the landmark Street Art exhibition at Tate Modern and recently curated the Museum of London’s Dub London project. In 2020 he was appointed curator of Site Design for The Southbank Centre.

He is the author of three books (Street Art, Tate 2008, Abstract Graffiti, Merrell, 2011, The Marduk Prophecy, Slimvolume, 2020), and has edited a number of publications. His work has been exhibited nationally and internationally for over twenty years and belongs to a number of collections. In 2015 he was a resident artist at the Jan Van Eyke Academie in Maastricht.

Lewisohn has been included in numerous group exhibitions and had solo projects at the bonnefantenmuseum in Maastricht (2015), Joey Ramone, Rotterdam (2016), in VOLUME Book Fair at ArtSpace Sydney (2015) and Exeter Phoenix, (2017). Most recently he participated in the group exhibition UNTITLED: art on the conditions of our time at Kettles Yard, Cambridge where his work was named by The Guardian as “the highlight of the show”. Lewisohn lives and works in London.