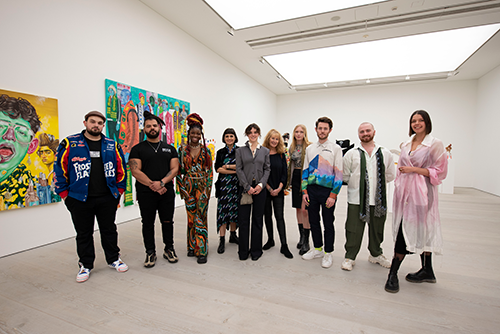 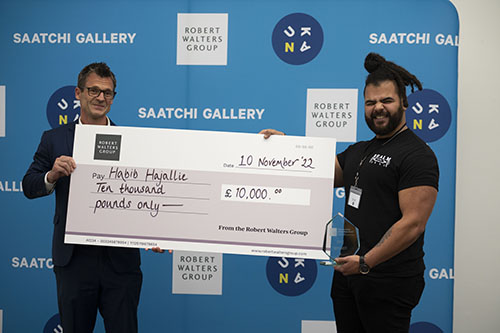 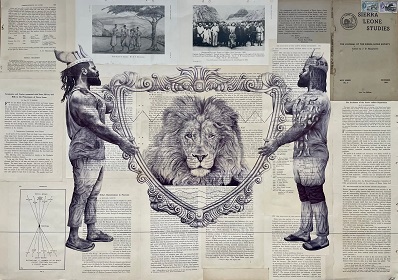 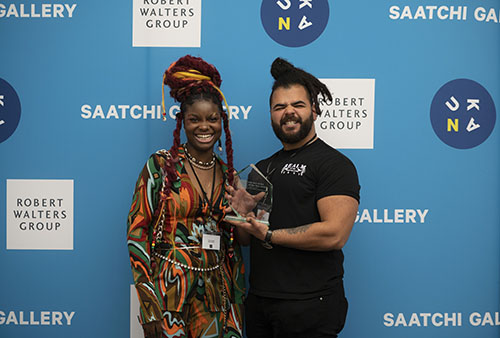 This year, the Robert Walters Group is proud to offer three prizes, for which each of our ten shortlisted artists will be eligible.
First Prize: £10,000 cash prize; the first-prize award winner's work will also be shown at the Robert Walters Group head office in London for a period of twelve months after the award is given.
Second Prize: £5,000 cash prize
People's Choice Award: The winner of the People's Choice Award will be decided by a public vote during the virtual exhibition, open from 11 November 2022 - 10 January 2023 and will be announced Thursday, 12 January 2023. The winner will have the opportunity to take part in one of UK New Artists' international presentations.

Habib Hajallie, was named as the winner of the Robert Walters Group UK New Artist of the Year Award, at an awards ceremony held at the prestigious Saatchi Gallery Thursday 10th November.

Habib was recipient to the £10,000 cash prize presented by global recruitment consultancy Robert Walters Group, after being selected ahead of the other nine shortlisted artists for work submitted within the brief of ‘The Unimagined Future’

Habib – based in the South East – wowed the judges with his intricately detailed figures realised on the pages of antique Sierra Leonean texts for his winning piece.

Habib’s practice is informed by his Sierra Leonean and Lebanese heritage, in the representation of figures that have been left-out of traditional British Portraiture he works to investigate how identity can be reconstructed by historical oppression.

His canvases of antique texts and maps recontextualise these figures to confront the enduring ethnocentrisms still embedded within modern western society. Through his use of medium – a modern ballpoint pen depicting the empowered subjects, whose likeness is inspired by himself and his family, Habib constructs links in ink between past, present and future.

The winning piece of work will be on display at the Robert Walters Group head office in Covent Garden for 12 months. The digital gallery showcasing all the shortlisted artist’s works along with an online voting poll for users to vote for their favourites has gone live. Votes for the Peoples Choice Award will close on the 10th January, with the winner announced on Thursday 12th January.

“I was genuinely happy to just be selected to exhibit at Saatchi Gallery with nine other ambitious and talented emerging artists - being shortlisted felt like a triumph. I’ve been a full-time artist for the past three-and-a-half years; winning the award is profoundly humbling and will serve to further galvanise my ambitions.

“As a young artist from an ethnically diverse background, being recognised for an art prize that is intended to showcase the work of new British art being made today, is something that I hope will resonate with people from similar backgrounds as myself. For too long the work of Black British artists went unseen or underappreciated, I have to thank the generations of immensely driven and talented Black British artists that paved the way to allow people such as myself opportunities for greater visibility to challenge archaic and oppressive notions of what it means to British.

“I can’t think of any organisations that champion emerging artists, in the way that UKNA does. They consistently provide an array of opportunities to catalyse the careers of up-and-coming artists.”

“This award in particular is truly special. Having the opportunity to exhibit at the world renowned Saatchi Gallery is a dream come true for any artist, at any stage of their career; also having the chance to win a £10k prize offers a unique opportunity to both gain practical exposure and crucial financial support. I can only thank Robert Walters, Saatchi Gallery and UKNA for their work in tandem to provide such an important showcase for emerging artists.”

Tyreis Holder – based in London - was recipient of the £5,000 runner-up prize for her work titled ‘Dun Dunnah;’ a response to the explosion in media attention of The Black Lives Matter movement, to an unimagined future, of what it truly looks like when healing and generational trauma breaking takes place via textile and poetry. It is both a critique of present/systemic oppression and failure; and a healing site–for future self and community.

“Winning the award symbolises a milestone for me – a formal recognition of all the blood, sweat and literal tears I put into my craft. However, most importantly, I didn’t win runner up by myself – I won it with, and for my community. I won it with my mum, my nan, my great nan, and all those who followed before me, passing down this language of textiles. Winning this award solidifies the importance of generational connection, knowledge and skill-sharing – but also love. For that, I am blessed and highly favoured.”

“The £5k will greatly impact my career in the arts by allowing me to buy new equipment and materials to experiment with my creative practise and fund my next body of work. Providing me a healthy foundation to delve further into the art world and share my work on a larger scale. It will also give me the means to take some time-off to immerse myself in the beauty of art making, reconnecting with my love for arts, textiles and poetry.”

“Lastly, I would like to thank the UK New Artists and Robert Walters for selecting me as runner-up for this award and to extend a massive congratulations to Habib.”

The awards ceremony took place on Thursday 10th November at the Saatchi Gallery, and was curated by Garth Gratrix, an internationally exhibiting artist, Clore visual arts fellow, curator and studio director based in the North West of England. Gratrix's work often showcases cross-disciplinary practices in diverse and unique settings.

“We are extremely proud to be delivering ongoing support to the creative sector through this unique award.

“Providing opportunities for ambitious professionals to achieve their potential is the foundation of our business and as an organisation it was a privilege to be able to provide such a platform for young artists in the UK.

This year has seen an array of interesting works produced by a group of extremely talented individuals. We look forward to welcoming another group of Britain’s best creative minds with the return of the Robert Walters Group UK New Artist of the Year Award next year.” 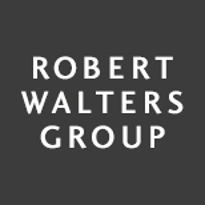 UK New Artists (UKNA) is a registered national charity that champions the next generation of creativity, supporting collaboration and intercultural dialogue, ensuring a vibrant and diverse creative future for the UK. We develop artists’ practice through cross art form opportunities and celebrate creativity at national & international festivals. 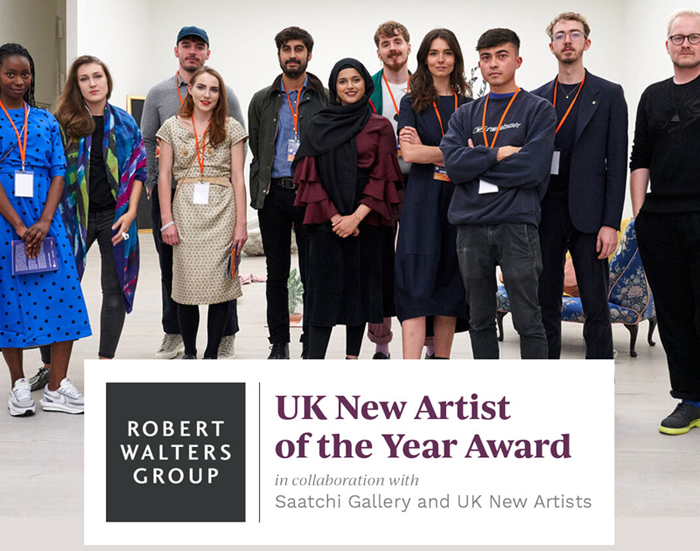