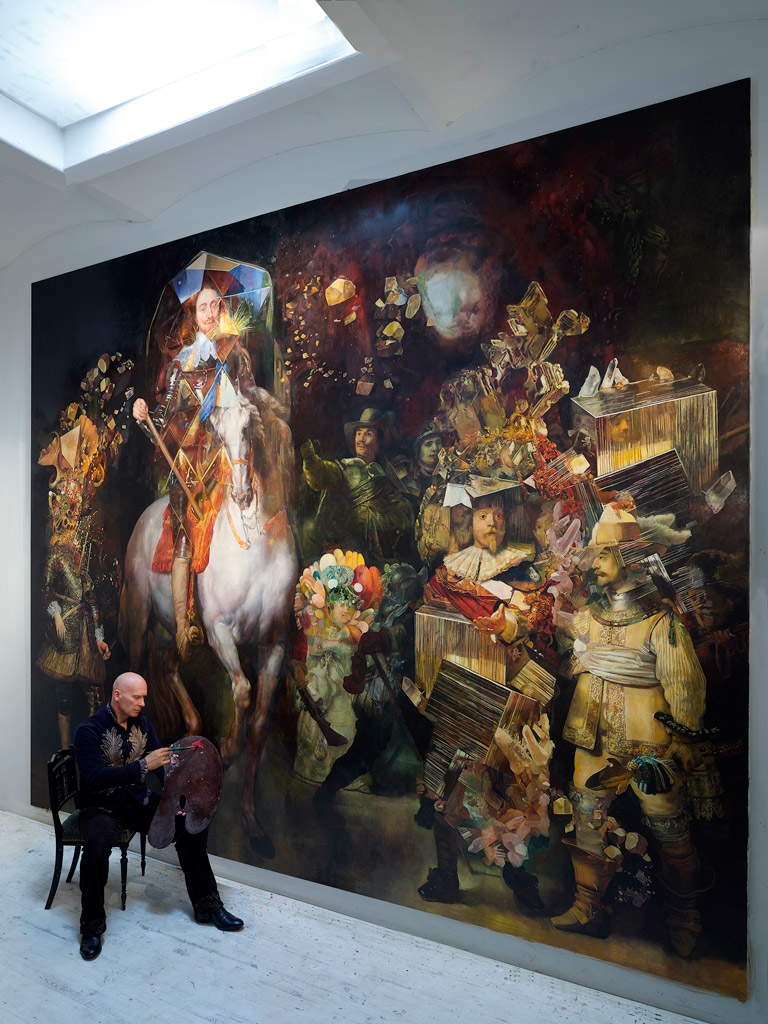 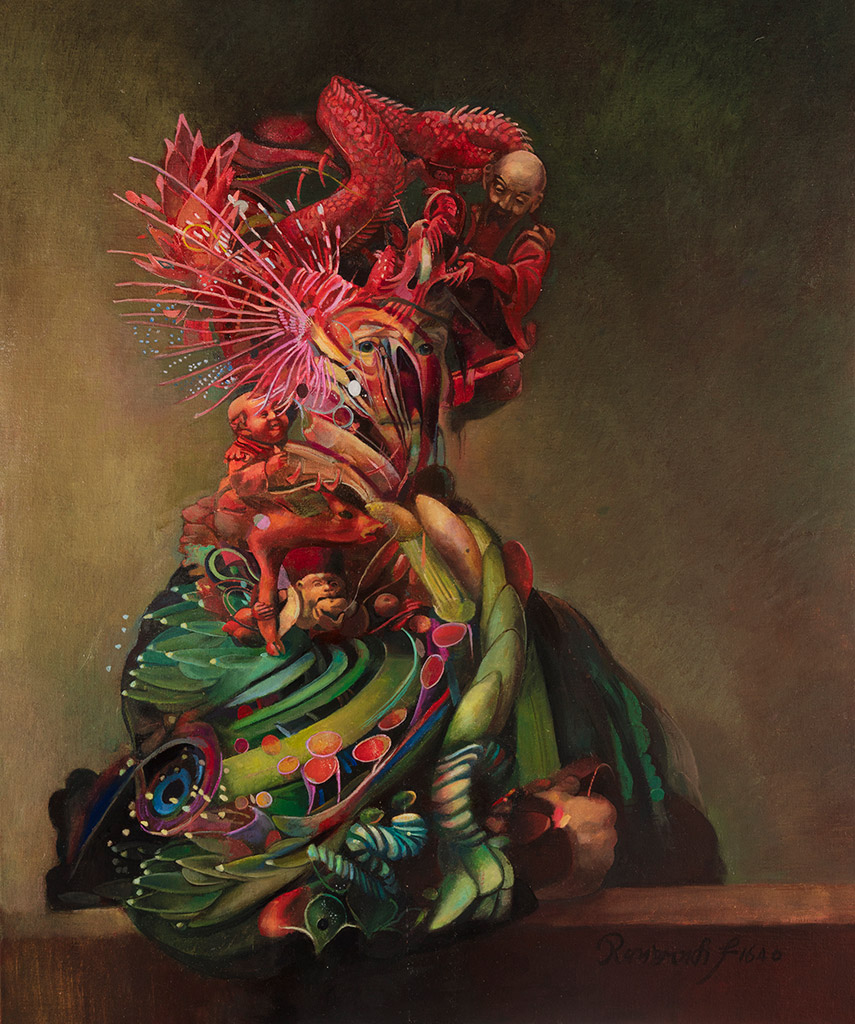 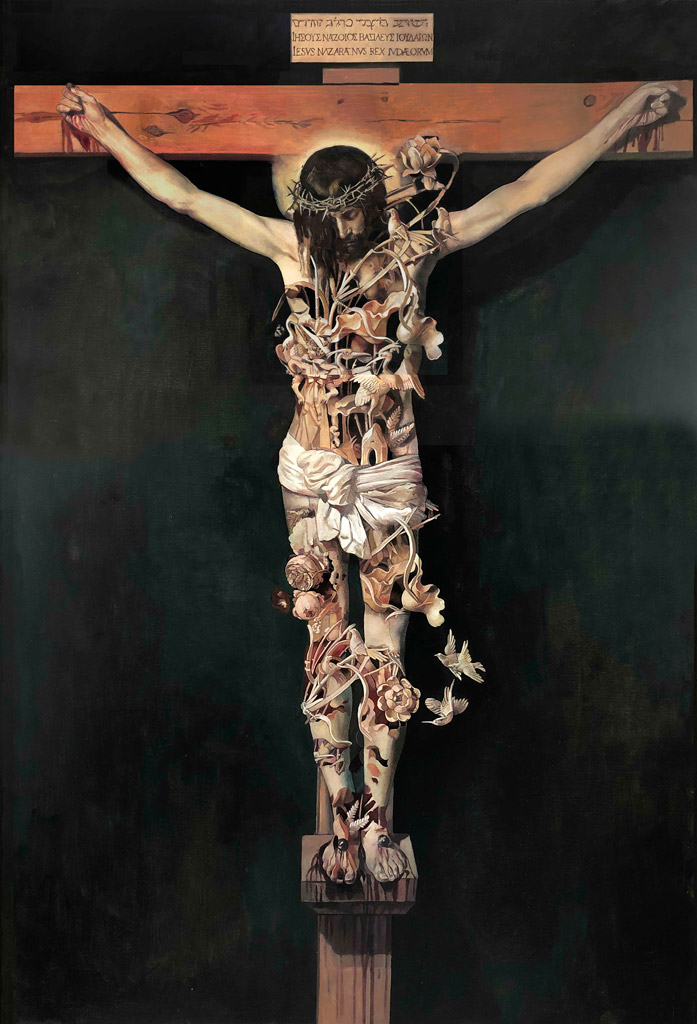 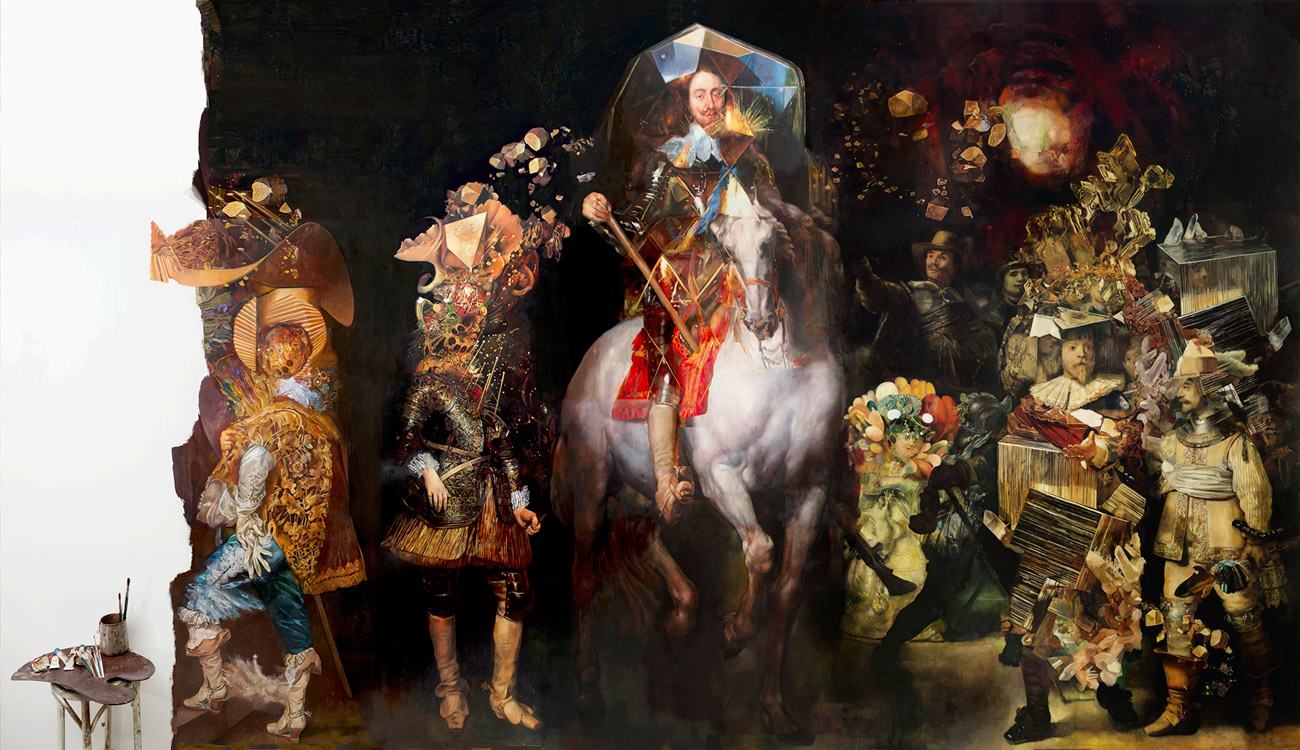 The School of Night

The School of Night will feature exceptional new works by Wolfe von Lenkiewicz, with the highlight being a vast four by ten metre canvas based on Rembrandt's The Night Watch.

The title of the main painting, and the series as a whole, refers to a quote from Shakespeare, "Black is the badge of hell, the hue of dungeons and the school of night". The School of Night alludes to a secret society of alchemists centred on Sir Walter Raleigh, Thomas Harriot and Christopher Marlowe, who became key players in the secret alchemical history of England.

Other works in the exhibition include, Christ on the Cross, a haunting crucifixion painted in a subtle palette of ivory andThe Anatomy Lesson of Doctor Tulp . A notable painting on display will also be Azazel, which refers to a fallen angel. This is a powerful yet unmistakably unnerving piece is based on Rembrandt's 1640 self-portrait.

The organic forms in Lenkiewicz's latest series of paintings feature new elements including gold, crystals and glass. With their Jewel-like hues, refracted colour and iridescent light, these semihallucinatory works create a relationship between surface and interiority which both embellish and obfuscate the originals. In essence, they present an alchemical reaction between the real and the imagined, intersecting the genres of history and the natural world to create a body of work that is both visually arresting and highly original. Embedded in these paintings are oriental ivory carvings, gelatinous forms and deep-sea creatures that when fused with the original masterpieces produce a new and miraculous reincarnation of the originals. As Jules Verne once described Captain Nemo's submarine, The School of Night series can also be described as 'a masterpiece containing masterpieces.'

Lenkiewicz's practice actively engages with the art of the past to invigorate and rejuvenate one's understanding of what it means to be a painter today. Fellow practitioners working in this key strand of contemporary art, including Glenn Brown and John Currin, represent an established trend that has been developing over the past two decades. This movement subverts the postmodernist myth that we are all caught in a 'perpetual present', revealing instead that the art of the past is a living entity that continues to influence our understanding of painting today.

Wolfe von Lenkiewicz (b. 1966) is based in London. He graduated from the University of York with a degree in Philosophy, specialising in Contemporary Epistemology, which has influenced and guided the conceptual side of his art practice since. Lenkiewicz's chief artistic concern is our use of language and its re-interpretation in visual culture. He is known for his reconfigurations of iconic images from both art history and our broader visual culture. Through a series of often controversial interventions, his compositions raise radical questions about authenticity and authorship within the arena of contemporary art.

Lenkiewicz has exhibited at the Palais des Beaux Arts de Lille, the ME Collectors Room in Berlin, La Maison Rouge in Paris, the Deichtorhallen Museum in Hamburg and the Wexner Center of the Arts in Ohio. This year he completed his first solo museum show entitled The Processions of Orpheus at the Jewish Museum and Tolerance Centre in Moscow with a body of work focused on Picasso. His work is featured in numerous public and private international collections.

Mark Sanders Art Consultancy Ltd was formed in 2008 by the curator and art writer Mark Sanders. Formerly Director of All Visual Arts in London and acting Director for RS&A Ltd, he has staged a number of important international travelling shows including The Art of Chess (featuring new sculptural commissions by Damien Hirst, Tracey Emin, Paul McCarthy, Yayoi Kusama and Maurizio Cattelan) as well as critically acclaimed group shows in London.