Saatchi Gallery welcomes M&C Saatchi Group as a Principal Patron under three-year partnership to
inspire the next generation of creatives and reignite access to the arts.

London, UK, Wednesday 29 September 2021: Global creative company M&C Saatchi Group today announces that it will become a Principal Patron of Saatchi Gallery in a three-year partnership that will deepen access to contemporary art and broaden learning opportunities for young people in the UK and worldwide.

The global creative company's collaboration with the renowned contemporary art gallery will include community engagement projects, a cultural change programme to identify the next generation of artists influencing real societal change, an annual art prize and an expanded learning programme.

As a charity, Saatchi Gallery engages with students and community groups through free exhibition visits, on-site workshops, online resources, and a dedicated learning space. M&C Saatchi has already reached thousands of young people through popular creative access initiatives including Saturday School and Mentor Black Business, which teach creative entrepreneurs from under-represented groups about business, Carbon Academy, which connects with female inner London sixth formers, and Open House, its free online marketing and advertising training programme available to people of all ages from anywhere in the world, including under-represented groups. 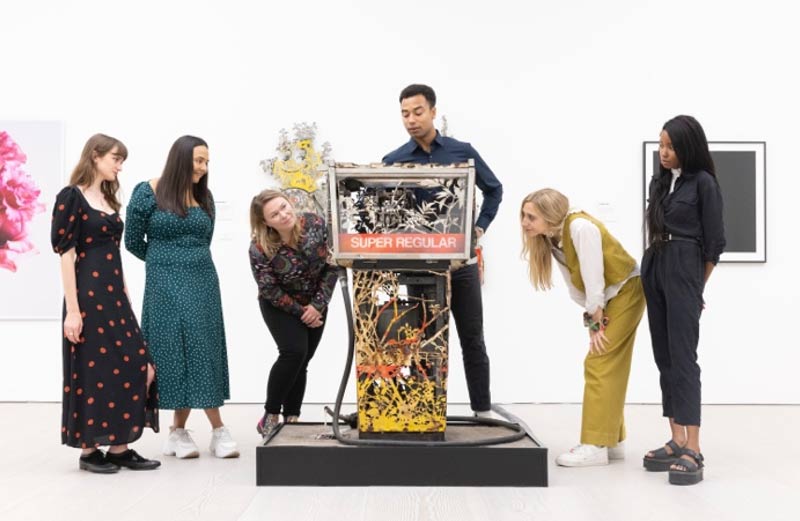 The partnership comes as M&C Saatchi Group enters a new chapter under the leadership of CEO Moray MacLennan, who took over the global creative company in January 2021. Since stepping into the role he’s reset the strategy, introduced a new global operating structure focused on simplification and integration and returned the Group to a strong financial position.

Richard Thompson, M&C Saatchi UK Group Chairman, comments: “As we emerge post-pandemic, our partnership with Saatchi Gallery will reignite innovation in, and access to, contemporary art. From influencing human rights and conflict prevention to addressing the climate emergency, M&C Saatchi has always believed in the power of iconic creativity to change the world.”

Moray MacLennan, M&C Saatchi CEO, comments: “This ground-breaking partnership will provide a meaningful contribution to the arts. Our ambition is to bring art and culture to a younger and more diverse audience because, quite simply, creativity changes everything.”

The partnership is founded on a shared mission in making art, culture, and creativity accessible to everyone – including youth participation in the arts, which has been linked to positive academic and social outcomes later in life . However, opportunities for students to interact with contemporary art, in classrooms and school trips, have been significantly reduced. The number of students sitting GSCE art exams has fallen by almost 40 percent since 2010, while the numbers of pupils taking art A level has dropped by almost a third.

Ed Steven, Board Representative for Saatchi Gallery added “We are thrilled to work with another large team of creatives who are also committed to supporting living artists as well as rendering contemporary art and culture accessible to all, not just the exclusive ‘artworld’. Through this partnership, we will provide greater opportunities for our Learning Programme to stimulate creativity, innovation and cultural change whilst helping us discover and bring into the limelight the next generation of young artists. The partnership comes at a crucial time when funding and access to contemporary art is in decline, however there is a strong desire from the public to visit our exhibitions and be inspired. We are excited to see what we can now achieve together.” 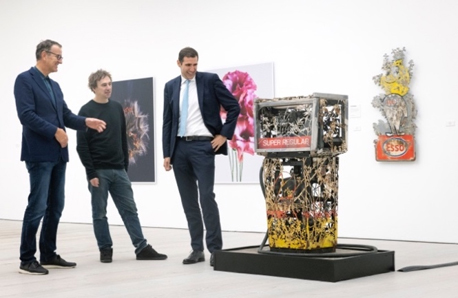 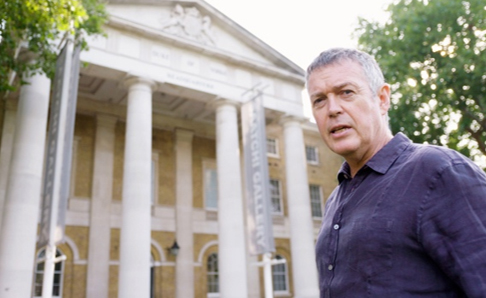 Moray MacLennan, M&C Saatchi CEO, outside Saatchi Gallery as the two organisations announce a three-year partnership to inspire the next generation of creatives and reignite access to the arts.

It is listed as ‘M&C Saatchi PLC’ (LON:SAA) on the AIM stock exchange in London.

Since 1985, Saatchi Gallery has provided an innovative platform for contemporary art. Exhibitions have presented works by largely unseen young artists, or by international artists whose work has been rarely or never exhibited in the UK. This approach has made the Gallery one of the most recognised names in contemporary art. Since moving to its current 70,000 square feet space in the Duke of York’s Headquarters in Chelsea, London, the Gallery has welcomed over 10 million visitors. The Gallery hosts over 5,000 schools visits annually and has over 6 million followers on social media. In 2019, Charles Saatchi formally stepped back from his management of Saatchi Gallery with the organisation beginning its new journey as a fully independent registered charity. Saatchi Gallery has an expansive education and learning program and partners with a wide variety of schools, colleges, universities and community organisations.

Dan Rawlings is a contemporary British artist born in Watford in 1979. He is known for his large-scale installations and intricate plasma-cut metal works. A sympathy for discarded objects and an admiration for nature’s resilience inspire him to create visions of a future where man’s impact is slowly reclaimed by nature. Notable recent projects include: ‘Future Returns', a plasma-cut reclaimed oil tanker housed inside a 19thcentury church in Lincolnshire's 20-21 Art centre, and ‘Short Haul’, an elaborately hand cut light aircraft shown at the Urban Nation Museum in Berlin during the 2019 Biennale.

In 2020 Open House connected over 1,500 people from 38 countries to creative education, and more than one third of participants were from ethnic minorities. 12 hires were made from the programme, including three apprenticeships. Students currently on the 2021 programme, which started in September, will have an opportunity to apply for new jobs created across M&C Saatchi Group through a live pitch competition hosted out of Saatchi Gallery in November. While registration for Open House 2021 is now closed, anyone over the age of 16 can register via openhouse@mcsaatchi.com to join the waiting list for Open House 2022, and access three webinars of their choice from this year’s programme.

M&C Saatchi Saturday School supports minority community entrepreneurs, focussed on women of colour and young people aged 16 to 25. Since its inception in 2019, the school has taught over 4,000 people and is committed to scaling up the programme to support 3,000 people annually going forward, as well as going into schools in South London.

Mentor Black Business offers industry leader access, and last year it connected 1,500 mentors with over 500 minority owned SMEs. Google, Lloyds, Somerset House, Virgin and Budweiser support the scheme with mentors and expertise, and we are committed to increasing investment to support no less than 2,000 black businesspeople annually.


iSource: National Endowment for the Arts. The Arts in Early Childhood: Social and Emotional Benefits of Arts Participation